The Kia Carnival is a vehicle that can be used for many different things. It has a variety of seating and cargo space options that you can use to fit your needs.

The Kia Carnival can take up to 11 people from one place to another or move a lot of cargo.

But how many different things can you do? Can the seats be turned around?

If you have a Kia Carnival that wasn’t made in North America, you can change the second- and third-row seats in a number of ways to suit your needs.

Let’s go over the different ways you can change the seating arrangements, whether you want to make travelling with your family more fun or you need more space for your pets or other things. 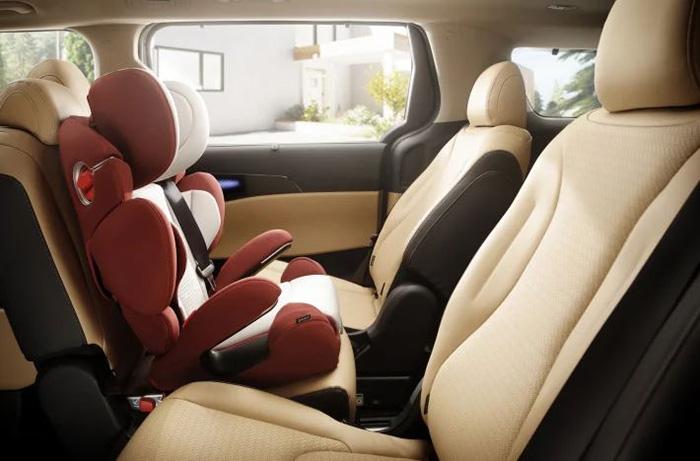 The seats in the second row of your Kia Carnival are very flexible and can be put in a number of different ways to meet your needs.

Each seat can be changed in just a few minutes, and there are levers, buttons, or straps on each seat that can be pulled to help unlock the locking mechanisms and make it easier to rearrange the seats.

Both of the side seats in the second row can be turned around to face the back.

The biggest problem with this is that both seats will have to be facing backwards at the same time. Since the seats are specific to left and right, you can’t just turn one around.

To turn a second-row side seat around so that it faces the back, you must first pull the reclining tab on the outside of the seat and fold the back down on itself.

After that, pull on the metal release lever near the floor on the back of the seat. This will free the seat from the tracks on the floor so it can be moved.

After both side seats have been taken out of their tracks on the floor, switch where they are sitting.

Reattach the seats to the floor track by sliding the front hook into the white mounting area on the floor track and letting the weight of the seat hold the rest of the mechanisms in place.

Make sure to look for a small light on the side of the seat that will turn green if the seat is properly attached.

Once the seats are in place and facing backward, you can adjust the seatback and slide the seat forward or backward to give the most comfortable amount of space between the second and third rows.

In the second row, the middle seat can be turned into a table.

On the right side of the middle seat, there is a small loop of fabric.

If you pull this loop, you can move the seat forward or backward. Fold the middle seat forward all the way to use the cup holders and small table.

You can also pull the metal bar near the floor in front of the seat to move it forward or backward so that people in the second or third row can use the table.

Slide the middle seat all the way forward and put a child seat in it so that the person in the front row can get to the child quickly if they need to.

This will get it off the tracks in the floor that were holding it in place.

Lift the seat, turn it 180 degrees so that it faces the back, and put it back into the floor tracks.

First, make sure that the front hooks of the seat are in the white mounting point on the floor track. Then, let the seat’s weight do the rest of the work. When the seat is in the right place, a small green light on the side of the seat will let you know. 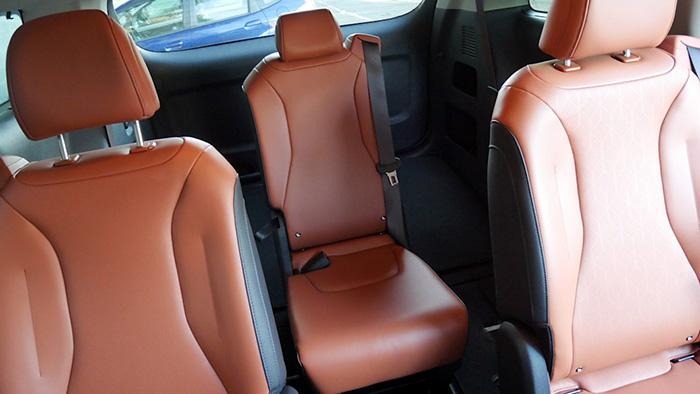 When the third row of seats in the Kia Carnival are moved into “cargo mode,” there is a lot of room for storage.

To get to cargo mode, you must first slide the seat belt into the small tab on the side of the vehicle.

Lower the headrests on all three third-row seats to their lowest positions to keep the seats from getting damaged.

This will free the seats from the floor track so they can be folded down into the cargo area.

Make sure that both levers are pulled outward, and then push on the back of the seat to fold it over.

As you do this, the seats should start to move back and fold into the floor’s cargo space.

This gives your Kia Carnival a lot of space for camping gear, gardening tools, or anything else you might need to bring with you.

Why would I want to turn the seats around on a Kia Carnival?

Can I void my warranty if I rotate the seats on a US Kia Carnival?

Yes, it is possible. If you mess with the factory-installed parts, the warranty will be void, and in some cases, you will need to take out some of the seat runner systems on a US version of the Carnival to make the seats turn.

Does having the second and third-row seating facing each other give more legroom?

No. If you have people sitting in the second and third rows and those seats face each other, there won’t be much room for their legs.

The Kia Carnival in North America does not come with seats that face backwards by default, but they are common in Australian and some European models.

Each seat has a number of ways to change it so that it fits your needs.

The non-North American version of the Kia Carnival makes it easy to keep a child in a car seat close to the other passengers or rearrange the seats to make more room for cargo.