When you hear or feel something strange in your automobile, it’s a good indication that something is wrong and that you should pay attention to the car’s technical condition. Car parts wear over time, causing a backlash known as a “knock.” Rubbing elements cause this noise to be produced.

There should be no discomfort in the sound of a working vehicle. If you hear any strange noises or knocks in your car, you must act quickly to avoid damaging other sections of the vehicle.

How to determine the location of noises and knocks? 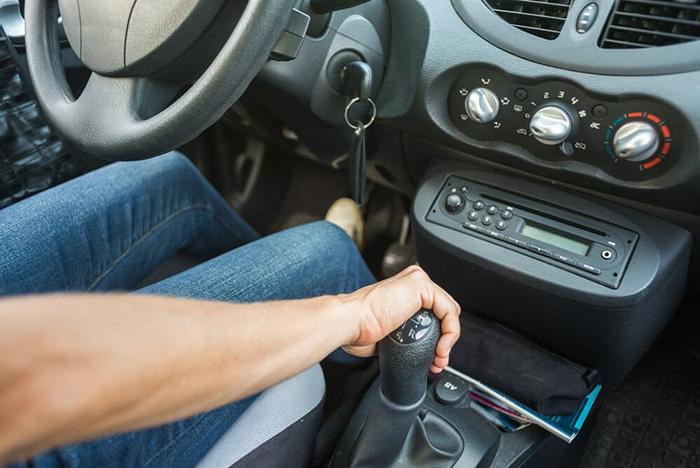 You must first determine from which direction a knocking sound originates in order to determine its proper location.

Aside from whether or not it’s coming from either behind or directly in front of you.

Locating the source of the noise will be a lot simpler if you’ve already determined a general area in where it’s coming from. Additional information, such as when and where the sound is heard and how it is coordinated, is helpful.

See if we can isolate the sources of these accelerating noises.

The water pump is malfunctioning if a faint whistle or a slight knock may be heard from the front of the engine compartment. Please check it out and replace this part if it is the cause of your problem in this case.

2. Problems with the fuel-air mixture in the engine

An audible metallic clatter as the automobile accelerates is a sign of detonation (an explosion of the fuel air mixture in the combustion chamber). The ignition is probably too early.

As a rule of thumb, this is caused by low-quality fuel or excessive soot buildup in the combustion chamber. In addition, engine overheating or faulty spark plugs can also induce detonation.

It is the combustion mixture explosion that causes the sound heard above to be made by the engine pistons. If you ignore this symptom, it could lead to serious engine damage that necessitates costly repairs or perhaps a replacement of the engine.

The timing chain’s knocks, in particular, are clearly audible in this context. When the chain isn’t tight, you’ll hear a whistling and popping noise that gets louder as the motor revs up and goes away when you let go of the throttle. Because of this, there will be no audible warnings before the timing belt fails. Simply adhere to the 60. 000 km to 100. 000 km or 32. 000 miles to 62. 000 miles shifting interval.

4. Problems with the pistons and valves

When the gas pedal is pressed hard while the engine is running at idle, a dull metallic noise may be heard. This could be coming from the crankshaft’s primary bearings. The knocking gets louder as the crankshaft spins faster. Having an excessive amount of crankshaft axial clearance will result in a louder and more erratic noise.

Consistently hearing the knocking of either the exhaust or intake valves indicates that the valves need to be adjusted, that the valve mechanism is wearing down, or that one of the mechanism’s components is malfunctioning.

Increased valve clearance is most likely to blame if the engine’s knocking gets worse as it accelerates.

The muffler rattles first, followed by a sound like to a little explosion, which, if the exhaust system is faulty, the sooner you call in the experts, the lower the repair costs will be.

Some other symptoms are related to the sound and knocks that the car makes while it accelerates. 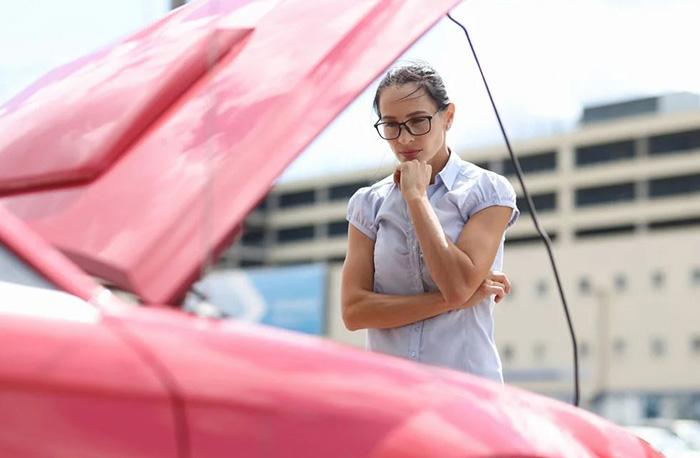 When the engine is operating, knocking noises are most likely coming from the transmission’s primary shaft bearing. When you step on the throttle, the engine’s noises can get a lot louder. An unchecked problem could lead to your vehicle stalling down in the middle of the road, necessitating a tow truck’s assistance.

The bushings in rear-wheel drive cars frequently wear out during braking and starting, resulting in loud knocking noises. Alternatively, the rear of the car can be pushed to one side with a rapid depress of the gas pedal. You must correct the car’s movement with the steering wheel in this situation. The bad rear rod must be replaced as a result.

Turning at high speeds or shifting the steering wheel from side to side at idle can cause the CV or constant velocity joints to fail, which can result in a squealing sound. CV joints must be replaced as soon as possible in this situation to prevent further, more expensive repairs.

The car’s axles make a sound that sounds like a knock and a hum. When the speed is increased, the hum gets louder. This indicates that they are defective. The bearing on the half-axle is a weak spot, but the rest of the axle is sound. It needs to be replaced with the half axle as soon as feasible.

Most of the time shock absorbers don’t make any noise, but if they do, you may hear them clearly on bumpy roads.

Squeaks and knocks are the most common sounds. Rubber bushing wear and oil leakage are two of their most serious issues. Press firmly on the trunk and fenders to hear if the shock absorbers are defective. Most likely, the bushings and pads have worn out.

Shock absorbers that don’t work properly can increase the braking distance when you apply the brakes quickly. Additionally, oil leaks from the shock absorber may be the root of the problem, as evidenced by the grime and smudges that accumulate on such components. Shock absorbers that are beyond repair must be replaced.

Craking or knocking noises may be heard when driving over potholes or uneven pavement; if you apply the brakes or accelerate, the sound intensity and speed increase. Replace them immediately, or the automobile will be stranded in traffic and its wheel will be unnaturally swiveled out.

Knocking and other noises might be produced by the front wheel bearings. The bearing rollers wear out, and the bearings have a lot of play in them, resulting in these noises. The loudness of these noises increases as you speed up the vehicle.

This is an easy problem to figure out on your own. For this, use a jack to lift the left side of the vehicle and a swiveling wheel on both sides for maximum leverage. The bearing must be replaced if you hear a hum that sounds like a metal ball rolling across a metal sheet.

Grab the top and bottom of the wheel with your left and right hands, respectively. Shake the wheel back and forth now. Hub bearing replacement is recommended if even a little amount of play is detected. This will help prevent further damage.