Electric cars are the future of the auto industry, and almost everyone agrees on that. The case for pick-up trucks is even stronger. There have been a lot of new EVs coming out recently, even from Audi and Porsche, and this just forces competitors to make their own unique vehicles to stay in the game.

We can’t wait to see what the future holds for pickup trucks. But so far, there have been a lot of announcements about electric pickup trucks that have made fans go crazy. Let’s take a look at these brand-new electric powerhouses: 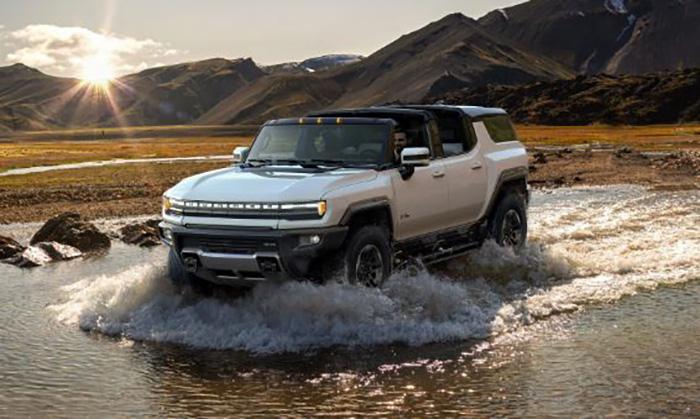 With its electric Hummer, GMC is sort of coming back to life. Fans were upset when the Hummer was taken off the market in 2010, but it’s finally coming back, and off-road truckers couldn’t be happier. The last thing GMC said was on October 20, when they told the world about the reborn Hummer. It costs a whopping 112,000 USD, which would make any car enthusiast go crazy, but hey, it’s a Hummer. They’re supposed to be proud of that price, especially since GMC’s rumoured tri-motor system is said to make a lot of power.

Don’t give up on your hopes just yet, though. GMC also said that in 2023, two-motor trucks that are “more affordable” will be released. People say it’s affordable because it will cost just under $90,000. Another version of the Hummer EV will come out in 2024, just in case you thought the “affordable” label was a bit of a stretch. This one will cost $79,995, which we think is a good price.

Overall, the Hummer EV looks great on paper, with a range of 350 miles per charge, a godly thousand horsepower that can go from 0 to 60 mph in 3 seconds, and a really clean design. We’ll have to wait a little longer to see how it works on the road.

The Cybertruck looks like the class jokester, but if you judged it by how it looks, you’d be in for a big surprise when you took it for a ride. Electric pickup trucks are all the rage right now because of how “out of this world” the vehicle looks. Elon Musk’s Tesla Roadster got everyone interested in electric cars, and he wants to do the same thing with the Cybertruck.

Even though Elon’s Cybertruck made the news more as a meme template than as a new car, it got people’s attention, which was all it needed. The next day, a crazy number of people booked the car, and it looks like it will be delivered in 2021. Even if you think America did it for the memes, $39,000 USD seems like a good price for a futuristic electric truck.

Note: There are three different kinds of Cybertrucks. The most powerful one has a tri-motor for all-wheel drive, while the simplest one only has a motor for the back wheels. Models with three engines cost 69,900 USD. There is also a model in the middle size range, but it’s clear that the top-of-the-line version will be the star of the show next year. Dubai Police even put it in their fleet.

The F150 is loved by everyone. Ford has used and re-used it so many times over the years that you could even say it’s a family favourite. It even made our list of the most popular pickup trucks in the US. Even though they haven’t given this vehicle an official name yet, Ford is already planning to join the EV pickup market. At the moment, the truck is almost the same as the Ford F150, which is where the name comes from. However, you can bet a million dollars that it will be quieter, more comfortable, and use less gas than the Ford F150.

The company planned to spend $700 million on a new place to make these pickup trucks, so you know something big is on the way.

Ford hasn’t said much about the F150 so far, other than giving us a sneak peek at how it will look. As we get closer to 2021, we might find out more, but for now, it might be competing with the Cybertruck for your attention.

The underdog on this list is Rivian, but it doesn’t look like it. Amazon and Ford are putting a lot of money into the company, which shows that some pretty important people in the country trust it. Because of this, the R1T has made so much noise in the business world. Find out about the Rivian R1T.

The R1T is about the same size as a Honda Ridgeline. It can go through 3.3 feet of water, which is the main reason why it’s best for off-roading. Due to its 180-kilowatt-hour battery pack, it can go up to 400 miles on a single charge, at least on paper. There are two other options for battery packs: a 135 kWh battery pack and a 105 kWh battery pack. Both of them get you a good 300 miles and 230 miles, respectively, per charge.

The machine will give you a good 700 horsepower if you use the biggest battery pack, which is the talk of the town. With the R1T, Rivian is trying to find a middle ground between a regular electric pickup truck and a car that anyone can use every day. Will it live up to its name? Only time will tell.

With its B2 EV, Bollinger tries to bring back boxy cars. The Michigan-based company is getting ready to enter the EV Pickup market, and the B2 looks like it can really pack a punch. But at a price of $125,000, it might be asking for more than it can handle.

Bollinger first released the B2 with 60 kWh and 100 kWh batteries, but later changed them to 120 kWh and 180 kWh batteries for the chassis cab version. The B2 was first shown off in 2017. The first pickup truck only went 120 miles per charge, which was not very far. But the new one can go 200 miles on a single charge. This is a huge selling point.

The B2 also has 614 horsepower and 668 lb-ft of torque, and it can pull up to 7500 pounds, though the beta they showed off could only pull up to 5000 pounds. We’ll have to let the average American user decide what can and can’t be done with Bollinger’s machine.

One of the most well-known trucks on this list is the Badger. Nikola’s vehicles didn’t just have electric motors; they also used hydrogen fuel cells to power the motors. Nikola did this, which not many companies are willing to do, and it did it well.

The Badger has a “decent” 906 horsepower and 980 lb-ft of torque. It can also go about 600 miles before it needs to be filled up. But now things start to get interesting. The charged battery gives you a range of 300 miles, and the fuel cell gives you another 300 miles. Once you’ve gone 300 miles, you don’t have to stop anywhere to fill up because the battery gives you an extra 300 miles per charge.

We think it looks like a really good car on paper, and even though there have been rumours of fraud, the company is getting back to full production, so we expect to see more Nikolas on the road soon. 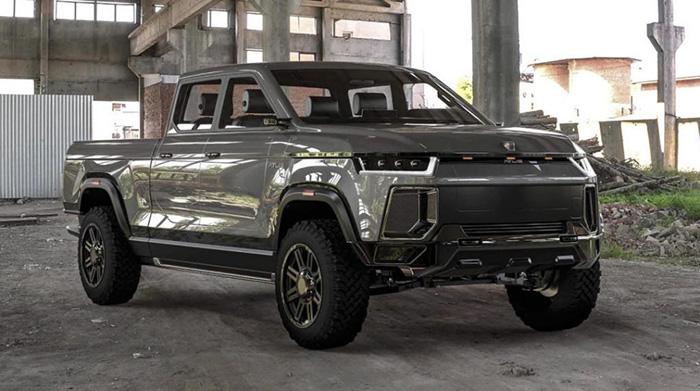 Anyone who has been keeping up with the news knows that people are eager to hear from Atlis. The company has said that it will start making electric pickup trucks, which means that the Atlis XT could come out soon.

The XT is one of the most-anticipated cars in the United States right now, and its specs back up the hype. It can pull up to 35,000 pounds and has an air suspension that lets you easily get up to 12 inches off the ground. The company also wants to get a fifth wheel to help with towing jobs.

One of the XT’s batteries provides about 125 kWh, and the price is said to be around $45,000, which might seem high but is actually a pretty good rate. With a $700 per month subscription, the company also takes care of insurance, maintenance, and even charging. That is a great deal when you think about how much maintenance can cost for an EV and how little information there is on how to fix one yourself. One of the most-awaited cars for the second half of 2021.

He deleted the photo right away, but drivers were quick enough to take screenshots. Since then, people have been talking about what, how, and when this product will be shown to the public.

Details haven’t been confirmed yet, so all we can say is that Fisker’s Alaska might be the best pickup truck of 2022, if not 2021, and fans should keep an eye out for it. 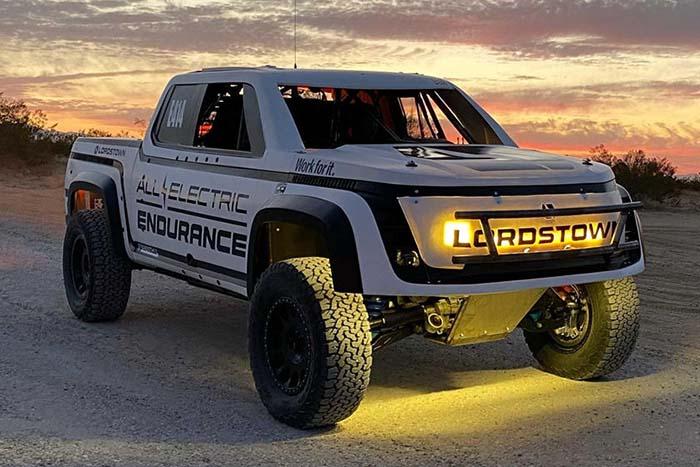 Lordstown is a new company in Ohio that is going after the EV Truck market. In June 2020, the company showed off its Endurance truck.

The company is serious about business because they bought GM’s old plant in Ohio, which had been left empty. Now, the company wants to raise more money by going public on the NASDAQ stock exchange.