In India, Volvo quietly released updated versions of the V40 hatchback and V40 Cross Country. The only thing that has changed about the cars is how they look, since the last model, which came out here in June 2015, is still fairly new.

The V40 hatchback and V40 Cross Country now use the new design language of the company on the front. All-LED “Thor’s Hammer” headlights and a new mesh grille with a bigger “Iron Mark” logo are the highlights here. The side profile looks the same as it did before the facelift. But both models now have alloy wheels with a new look. The design is the same in the back as it is in the front.

“The release of the V40 and V40 Cross Country today, along with the opening of a new 3S facility in the heart of Kochi, shows how serious we are about getting a 10 percent market share in the next few years. When we started making the cross-country version of the car in the middle of 2013, it was well received. The V40 got a new look and more features in June 2015, and Tom von Bonsdorff, MD of Volvo Auto India, said that young buyers in India would be interested in this version. 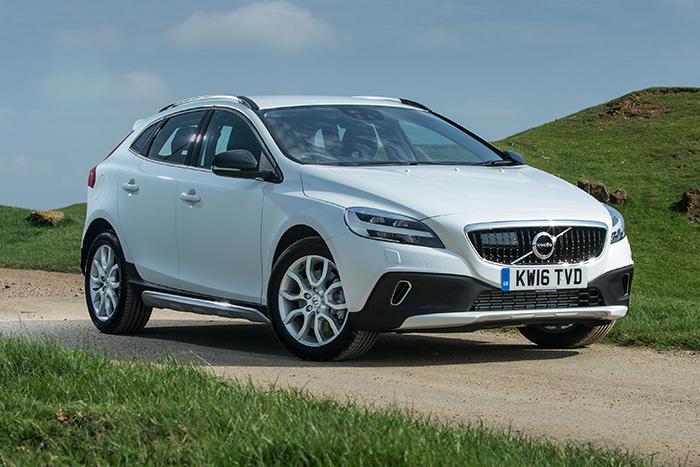 The V40 hatchback now has three different leather trim options for the interior, while the V40 Cross Country has five options. All-LED headlights, Keyless Entry-and-drive, a panoramic sunroof, gearshift paddles, leather upholstery, power-adjustable front seats, and other features come standard on both versions. Volvo is very concerned about safety. The V40 Cross Country and the V40 hatchback are the only cars in their class that come with a pedestrian airbag as standard. Other safety features include dual front airbags on the driver’s side, a knee airbag, seatbelt pretensioners for the front, traction control and dynamic stability, ABS with emergency brake assist, a city safety system, front and back parking sensors, and a rear parking camera. So, it’s safe to say that the Volvo V40 India spec comes with a lot of features.

All of the models are powered by the same 2.0-liter, 4-cylinder, turbocharged diesel engine. Like the older models, this engine has a maximum power of 152PS and a maximum torque of 320Nm. A 6-speed automatic transmission sends the power to the front wheels. The only version of the Volvo V40 hatchback that you can buy is the V40 D3 R-Design (priced at Rs 28.53 Lakh, ex-showroom Delhi). There are two versions of the V40 Cross Country. The first is the V40 Cross Country T4 Momentum, which costs Rs 27.2 Lakh. The second is the D3 inscription ( priced at Rs 29.4 Lakh, ex-showroom Delhi).

Should You Plugging A Tire
What Is Eco Mode?
How To Sleep Comfortably In The Backseat Of A Car
Can I Use Regular Water Instead Of Coolant In My Car?