Royal Enfield, a company that makes Indian motorcycles, has put out the Classic 350 in three new colours called “Redditch Edition.” Redditch Red, Redditch Blue, and Redditch Green are the names of these new colours. But, you might ask, what is the idea behind the Redditch Edition paint scheme? Well, they are a unique mix of black and the old-fashioned paint jobs that Royal Enfields had in the 1950s. Then, in the UK city of Redditch, these Royal Enfields were made. The Royal Enfield Classic came out in 2008, and it was based on the J2 model that was available after World War II. The bike still has a 346cc Unit-Construction-Engine with a carburetor that puts out 20PS of power and 28Nm of torque. 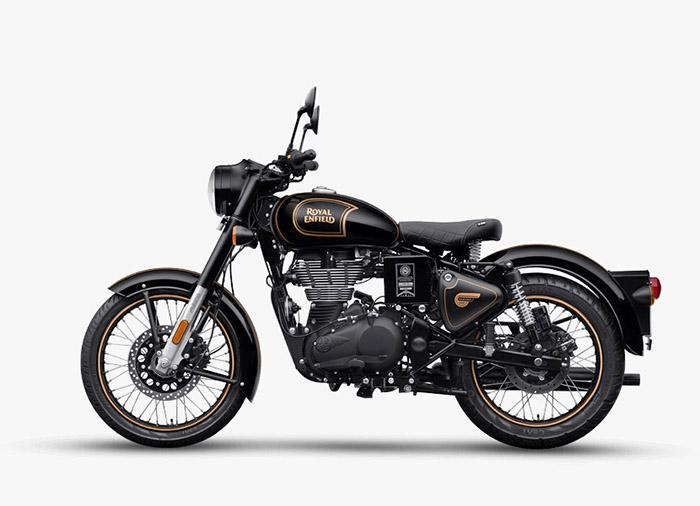 Plans to make Royal Baby 125cc motorcycles for the general public stopped when the Second World War broke out. But the Royal Baby joined the British military, specifically the paratroopers. The name “Flying Flea” came from the fact that these motorcycles used to be dropped into war zones by parachute. And that’s what the popular wing design logo we see now for Royal Enfield is proud to stand for. The Redditch Edition Classic 350 will cost 1.46 lakh rupees (ex-showroom, Delhi).