Hybrid powertrain is the new word that everyone in the car industry is talking about. After manufacturers proved how well they work, hybrid cars became cool all of a sudden. Now, India has released the Volvo XC90 T8 Hybrid, which costs Rs 1.25 crore (ex-showroom, Delhi). When the regular XC90 came out in India, the popularity of the Volvo brand went through the roof. With the addition of the Hybrid powertrain, the company has once again shown that it is ahead of the competition. It is the first car in the country to come with standard radar-based safety features. 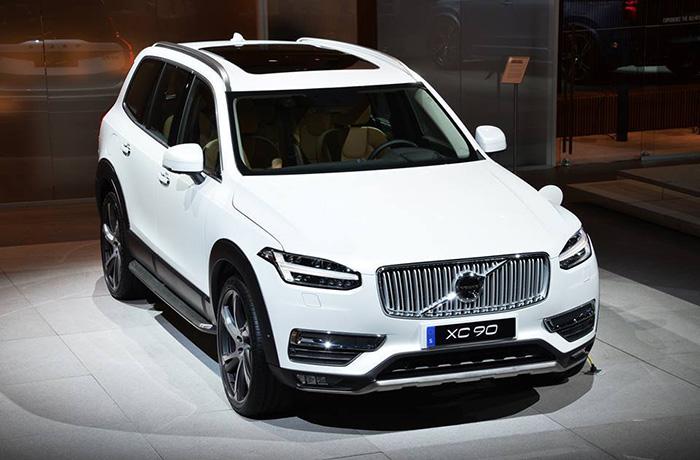 The SUV is powered by a supercharged and turbocharged 2.0-liter gasoline engine and an electric motor that together make 320PS and 83PS. This set-up can make a maximum of 407PS of power and 640Nm of torque. The powertrain has an Aisin automatic transmission with eight speeds. The company said it could go from 0 to 100 km/h in 6 seconds, which is pretty good for a full-size SUV.

Since it’s a plug-in hybrid, the battery can be charged with either 110V or 240V. The first one takes twelve hours to charge the battery, while the second one only takes six. In the mode where it only uses electricity, the car can go 32 km. In the mode called “combined power,” the car can go 250 km with help from the batteries.

Volvo will also give each customer two charging stations at no extra cost. The company will put these stations in the places where the customer wants them. For instance, a customer could set up a charging point at home and another one at work. The company’s charging points will charge the battery in only 2.5 hours.

The XC90 T8 hybrid can be charged by plugging it in, but it also has brake recuperation technology that charges the battery when the driver brakes or coasts.

The XC90 T8 Hybrid has six driving modes, just like most new luxury cars. These are Save, Pure, Hybrid, AWD, and Off-road.

The best version of the XC90 T8 Hybrid, called Excellence, has four separate seats in the back. The Nappa leather seats have holes in them, so they can massage, cool, and heat you. The Bower & Wilkins music system in the XC90 T8 Hybrid is one of the best in the business, and Volvo has kept it.

In India, 50 people have already put down deposits on the XC90 T8 Hybrid. Start getting your cars by the end of the year.