When a bulb burns out in your car, you usually only need to make a quick trip to the store to get everything back on track and working again. But when you get to the store, you’ll probably be asked a few different questions about what you want for your car.

In the past, you only had one choice of light bulb. Now, you can choose from a few different kinds. You’ve come to the right place if you don’t know what the difference is or what you’re looking for.

We’ll show you everything you need to know about the three most common types of bulbs on the market so you can get back on the road quickly. 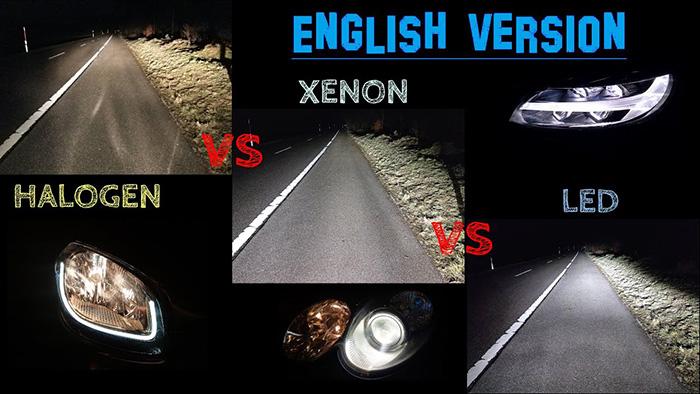 Most cars use halogen bulbs because they are cheap and easy to change. That makes them very popular because the car company doesn’t have to spend a lot of money to make and put them in your car.

The bad things about these bulbs are that they don’t last as long and give off a lot of heat. These light bulbs are almost the same as the ones Thomas Edison made, or at least they work the same way.

They use a tungsten-and-gas filament that gets hot when electricity goes through it. When the tungsten gets hot, it starts to glow, which makes light. Obviously, this makes a lot of heat, and over time, this filament wears down and breaks.

Because of this, halogen bulbs have the shortest average life span of any type of bulb, at only 1,000 hours. Still, it’s very easy to change these bulbs, and you can usually find them for only a few dollars.

Easy and cheap to make.

Not as long-lasting as xenon or LED lights

Puts out a lot of heat. 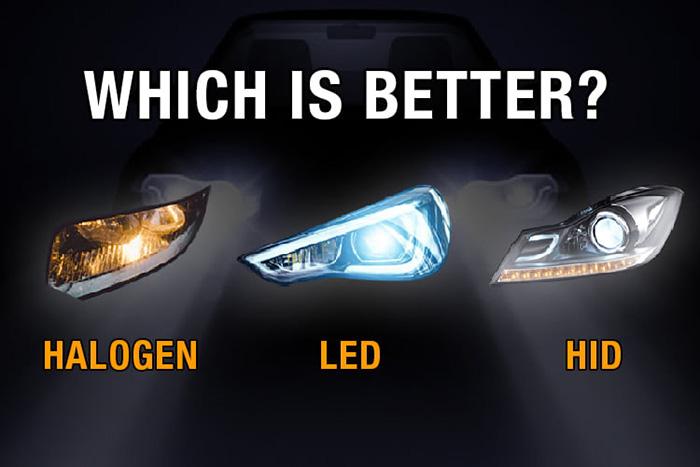 Even though halogen bulbs are still the most popular on the market, it’s clear that LEDs are the way of the future. The reason for this is easy to understand: they use less energy and last much longer. In fact, an LED will last about 50,000 hours on average, while a halogen bulb will only last about 1,000 hours.

Not only that, but they are brighter than halogen bulbs, but not as bright as xenon bulbs. Also, they are very small, which makes them easier to use in different designs. But the price is a big downside of LED bulbs.

Most of the time, you can’t just replace the bulb when it’s time to replace an LED bulb. Usually, you need to replace the headlight assembly as a whole. So, even though they last longer, they don’t usually save the user money.

A person who owns a halogen bulb would spend $3 every 1,000 hours, or about $150 every 50,000 hours. Since this is about the same price as a new headlight, you’re not really saving anything. But if the price of LED bulbs keeps going down, they might become cheaper in the future.

When you send electricity through a semiconductor, or diode, light is made. It works a lot better than halogen bulbs and makes a lot less heat.

Don’t make a lot of heat.

energy-efficient and good for the environment

The xenon bulb is the most controversial one you can put in your car. These lights, which are also called xenon HID or HID lights, are very bright. They are so bright that low-beam HID bulbs look a lot like high-beam halogen bulbs.

This gives you a great view of the road, but it can also make it hard for other cars to see you. Some mechanics and other drivers often say that they make everything so bright that you can see the driver you just blinded swerving off the road or coming right at you.

Even though some modern cars have automatic levelling systems that can help, they can still make it hard for other drivers to see.

Xenon bulbs have electrodes that are used to charge the gas inside the bulb. Unlike LED or halogen bulbs, when you turn on a xenon bulb, the whole thing will light up. Because these bulbs work by heating gas to make light, it might take a few seconds for them to reach full brightness.

Having a lot of light

Can be too bright and make it hard for drivers to see.

After learning more about each one, you should be able to decide which one is best for you and your car.

But in the end, the right bulb for your car is the one that fits and makes you feel good. Even if you love LED bulbs, you can’t use them if they don’t make them for your car.

Still, xenon HID bulbs and halogen bulbs can often be switched out, so at least you’ll have that choice!

Torque Wrench For Spark Plugs
What Could Cause an Oil Filter to Be Damaged?
How Do They Get Cars In The Mall
Does Coolant Affect AC?