Lexus is making moves in India. The LS 500h sedan has just been released there (We informed about this previously). At the 2017 North American International Auto Show, Lexus showed off its new LS 500h. The LS 500h sedan is one of a kind in its class because it is luxurious, sporty, and good for the environment.

The Lexus LS 500h has been released in three different versions. Here is the full price list (ex-showroom): 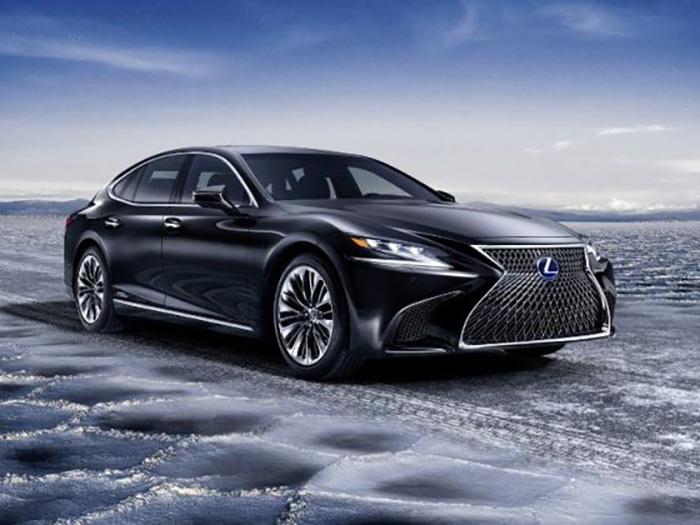 Talking about how it gets its power. The LS 500h’s hybrid system is made up of a 3.5-liter V6 gasoline engine with 300 PS and two electric motors. Together, they make about 360 PS, which is enough to get the car from 0 to 100 km/h in 5.4 seconds, according to the company. The weakest part of this powertrain is the e-CVT transmission, which is not as good as its competitors.

The LS 500h looks different from other cars on the market. This is definitely Japanese and can’t be mistaken for anything else. It has a front end that looks like a Lexus should. The LS is all about paying attention to details and combines Japanese hospitality culture, whether it’s on the inside, outside, or in the thoughtful and intricate touches that are expected from a car in this segment. On the dashboard and door panels, there are a lot of high-end materials like leather and wood trim, and there are also aluminium inserts that can be stitched in an art deco style.

Some of the features worth mentioning are rear seats that can be reclined by 48 degrees, front seats that can be adjusted electronically in 28 ways and have heating, cooling, and massage functions, an air suspension, a 23-speaker, 2,400-watt Mark Levinson sound system, and a four-zone climate control system that automatically adjusts the temperature based on the body temperature of the passenger.

What Is Fuel Regulating Valve
How Much Does A Ceramic Coating Cost
Why Are SUVs So Popular?
Deionized Water Coolant