First-generation luxury crossover in the United States, the Lexus RX300. This vehicle is still one of the best luxury SUVs for people after all these years. Despite its status as a top-tier luxury automobile, the transmission on this vehicle is having some problems. The Lexus RX300 transmission issues are the subject of this write-up, so let’s get started. Lexus makes use of two different gearbox models:

Lexus’s transmission has a few typical problems, including the following:

Car Won’t Start Even When It’s In Gear

The Torque Converter Has Problems

Problems With The Body Of The Valve

Transmission with a High Level of Noise

Transmission systems are the most difficult sections of automobiles. I can tell you from personal experience that these are extremely bothersome and expensive to remedy. With an RX300, you must take extra care in the way it responds and performs. In addition to the transmission issues, there are complaints of other damages. But don’t get me started on the RX300’s inside, which I know is rather nice. There have been multiple instances of dashboards breaking, despite the fact that the inside of the vehicle was constructed with high-quality materials.

Your RX300’s fuel line or injector may be rusting, which could lead to fuel leaks in the not too distant future. Broken key shells and problems with the power tailgate have also been reported. People have also experienced excessive moisture on their headlights, which causes them to malfunction.

Issues With The RX300 Torque Converter 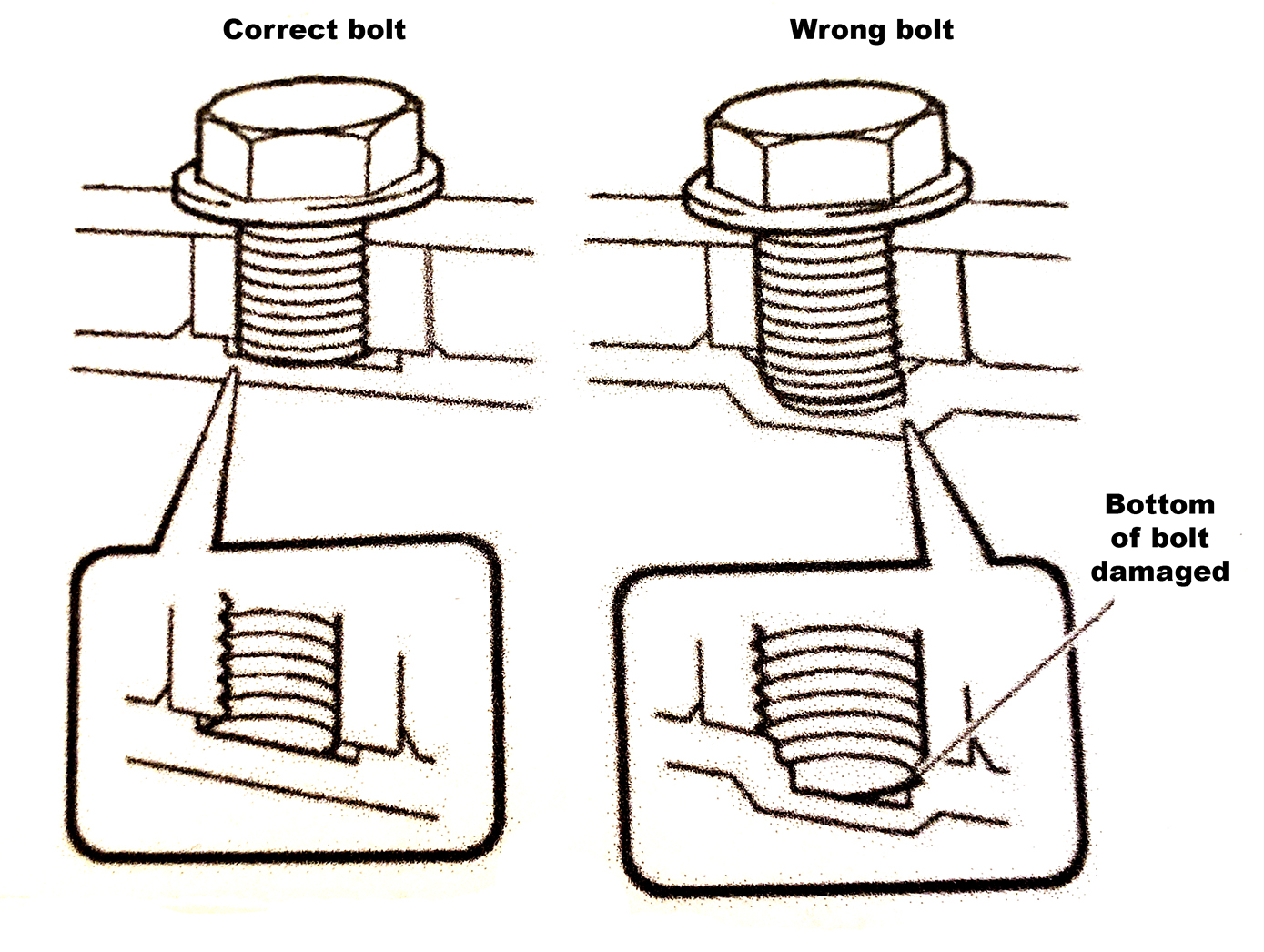 You can tell when the transmission is failing when you apply the throttle but the car’s speed doesn’t increase at all. Slipping transmission is a serious and important problem encountered in Lexus models.Your car’s engine is working harder, yet it’s not moving any faster. When your RX300’s components don’t fit together properly, this can occur.In order to determine if your Lexus’s transmission is malfunctioning, here are some guidelines:

Pay Attention To The Gauges – Tachometer And Speedometer

I’ll tell you why you should pay attention to these two!
Turn on the engine of your vehicle and take off. Your tachometer or RPM and speedometer should rise as you press the gas pedal or acceleration pedal.Increasing the engine speed should result in an increase in horse power and a corresponding increase in the car’s speed.When your car’s transmission begins slipping, this is what happens. The engine and the wheels are connected via the transmission.Power can be delivered to the wheels when an engine is running or revving. Power will not be correctly transferred from the engine to the wheels if you have a malfunctioning trans.

In other words, pressing the gas pedal will raise your tachometer, but it won’t move your speedometer as quickly. As a result, your engine will just rev up, but your speed will remain the same.If you want to be sure, find a wide open road and press the gas pedal all the way in. Instead of rocketing up, the needle on your speedometer will scarcely move at all.It’s best to have a friend with you who can keep an eye on the car’s gauges while you’re behind the wheel. To determine if your transmission is slipping, perform a simple test.

Here are the four most common auto-trans shifting issues that you should be aware of. Using this method, you can discover if your automatic transmission is malfunctioning.

Because the Lexus RX300 features an automatic transmission, you should be aware that if you’re driving one that’s in decent shape, you may notice a sluggish shift when you change gears.Because of low transmission fluid, you will feel a sharp shock whenever you transfer gears. It’s important to keep in mind that anything might happen to any vehicle.Fluids must be changed if this is the case. Rough shifts, or unexpected shocks while shifting, are a sign that the transmission fluids need to be checked.

If you’re not sure what to do, ask a mechanic to help you figure it out and see if that’s the problem.But most of the time, it’s because of low transmission fluid that causes this sluggishness in shifting.

Problem 2: RX300 Will Not Shift Into Drive Or Reverse

There is a second difficulty with automatic gearbox shifting: Your automobile won’t shift into drive or reverse. As a result, it is physically impossible to shift your vehicle.The transmission fluid is again a major factor in this. Transmission issues can arise for numerous reasons and for various reasons. The transmission fluid should be checked first, although there could be many other reasons for the problem. In addition to the shifter, there will almost certainly be a place for a key.If this is the case, try shifting into drive or reverse with your car key in the key slot. Unless you notice any results, you need to go further.

Instead of spending money on a potential cure right away, you might want to take note of as many symptoms as possible.Chances of finding help increase as the number of symptoms increases.

Problem 3: RX300 Will Not Start Or Respond

The RX300 won’t start or respond, and that’s the third issue you’re facing. If that’s the case, you might conclude that the battery or alternator is to blame.You may mistakenly believe that it is your starter or key. This is most likely due to a malfunctioning clutch; you’ll need to see a mechanic and get it fixed.Or, your vehicle may have been left in drive by accident.There’s a good chance you left your automatic transmission in reverse, drive, low, sport, or whatever gear sector it has.

Actually, your Lexus RX300 has something called a Neutral Security Switch.Your neutral safety switch essentially permits your engine to start when it is parked in neutral.This means that your car’s engine won’t start if you leave it in any gear other than Neutral Safety Switch.What to do if your RX300 won’t start? First, check the shifter. You shut the car off and went to work, and you put the e-brake on so your car won’t roll away.So if your Lexus doesn’t start when you return, you’ll assume your battery has died. In the meantime, your automobile is still in the driveway.Check to determine if this is a common occurrence.

This is how you will feel if you have never had a late engagement.When you put your car in drive and press the gas pedal, it doesn’t move right away. It takes a second or two before it starts moving. The term “late or delayed engagement” refers to this. As a result, your drive or your reverse, or whatever gear you’re using, engages too late in the process.Another possibility is that your Lexus RX300’s transmission fluid is low or needs to be ch anged, or that old seals or stretched-out bands in the transmission are to blame. There are a plethora of parts, and if any of them are damaged or worn out, your transmission may have issues. Another issue that could occur is a marriage proposal that comes in too late.

Minor Issues With The RX300 Transmission

A Lexus RX300’s transmission can have a variety of minor and common problems.A burning smell will accompany you on your drive if your RX300’s transmission is malfunctioning. Regardless of how fast you drive, you will emit a burning odor. Transmission overheats, resulting in this. And if this isn’t addressed, the gearbox’s components will melt and the transmission will be damaged as a whole. When your transmission isn’t working properly, your car will make a lot of noise. If anything is being ground, it will sound like that. When you press the brake or accelerator pedal, you may feel the grinding noise. 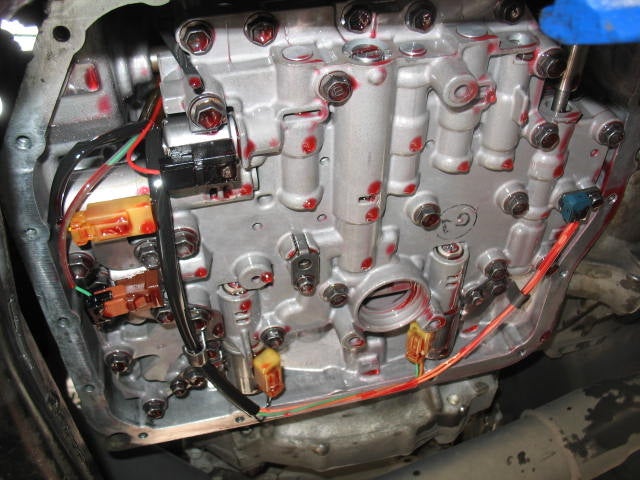 If your RX300 AWD or FWD transmission is malfunctioning, your car will use up fuel much more quickly. A transmission that isn’t working properly can use a lot of fuel. A value body failure or a Failed Solenoid can result from it. It’s possible for a valve to become clogged, causing it to stop working properly. As a result, gears slip and fluid leaks occur. They are sometimes known as garage shifts since they slow down the shifting process. You may also notice that the clutch is sliding. In this case, the clutch fails to dislodge from the engine when the clutch pedal is released. Damage is done to the gearbox and transmission, resulting in a noisy gear shift.When your car is in neutral, it will make grating noises. This indicates a problem with the transmission and should be rectified as soon as possible.

The RX300’s transmission system should also be cleaned according to the manufacturer’s advice. A simple flushing and cleaning of the tracks is all that is required. After every 60,000 miles, you can do this. Maintaining your Lexus in this manner will enhance its overall performance.

What Is The Average Cost Of Fixing RX300 Transmission?

The cost of repairing your RX300 transmission varies based on the severity of the problem you’re experiencing.A new transmission for your RX300 can cost anything from 2,000 to 4,000 dollars. As an alternative, a used transmission system can be purchased at a bargain price and installed for under $1,000.You would be charged $200 if the transmission fluid needed to be changed. The basic minimum amount of transmission fluid you should have is between 8 and 15 quarts.If you choose, you can pay 450 dollars to have new filters and gaskets installed in your RX300’s gearbox system. Due to the fact that filters cost between $15 and $35 and gaskets cost $150. In addition, you’ll have to pay for the labor, which is often in the range of $100-$200.

When Should I Get My RX300 Transmission Diagnosed?

About 180 miles is a good distance for the RX300’s AWD or FWD transmissions.A replacement or repair may be necessary if you notice any of the issues described above, such as gear slippage or high fuel use.

How Do I Maintain My AWD Or FWD Auto-Trans System Of My RX300?

Transmission longevity can be significantly increased by doing routine maintenance on it on a regular basis.In order to keep your automatic transmission in good working order, you should. Over time, as performance degrades and wear increases on the transmission system, changing the oil is a need.The oil and gasket need to be replaced.Reset of the gearbox’s electronic components.Changing one’s mind (if needed).

Now that you’ve finished this post, I hope you’re aware of all the common and more serious issues that might arise with an RX300.I’ve covered the RX300’s transmission woes in this piece. People who own an RX300 are more likely to encounter these issues than those who don’t.If you haven’t encountered these yet, you’re probably going to soon. The diagnostics, maintenance, and structure of an automatic transmission have also been discussed. Moreover, if you notice anything amiss with the gearbox, it’s best to leave it to the professionals. These systems are extremely complex and require the expertise of a trained professional.

How Long Will a Car Battery Last If Disconnected?
Why Is My Car Not Getting Gas To Engine?
Does Vinyl Wrap Protect Paint
Can A Wheel Speed Sensor Cause Limp Mode