What is getting more and more popular on social media? A teaser from Bajaj confirming that the new Pulsar NS200 will be released in 2017. The launch isn’t too far away, and it’s likely to be more than just a different colour. Bajaj’s flagship model, the Pulsar NS200, came out in 2012. It was the first bike the company made with a perimeter frame, which is still used in the RS200, Dominar 400, and Pulsar AS.

The new Bajaj Pulsar NS200 was shown off at a recent dealer’s meeting for the company in Turkey. The only change that can be made to the way it looks is a new coat of paint. The platform and liquid-cooled 199.5 cc motor, which are also the same as the old model, are also the same. What changes is the version of the engine, which now has updates to meet BS-IV emission standards and a fuel infusion system to make it run better. 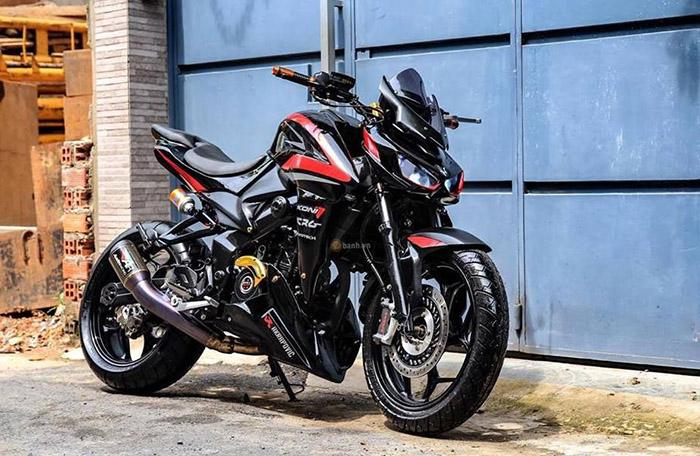 The goal of the FI is to help the engine make more power and torque. This model’s performance should be about the same as that of the RS200, which has a full-cover. So, 24.5 PS and 18.6 Nm are likely to be the maximum torque and maximum power.

Other parts that haven’t changed are the digital-analog instrument, front 37 mm telescopic forks, front and rear petal disc brakes, and rear Nitrox monoshock. ABS is a feature that is likely to be a choice. In 2015, there were rumours that production of the Pulsar 200NS would stop to make room for the latest Adventure Sport (AS) models. By 2016, this bike was taken off the Indian market without an official announcement. The Pulsar 200NS is being released again, but this time with a few extra features.