When Tata Kite 5, a subcompact sedan, comes out in India in March 2017, the wait will be over. This will be Tata’s third small sedan, after the Indigo eCS and the Zest. It will go up against cars like the Honda Amaze, Maruti Suzuki Swift DZire, Ford Aspire, and Hyundai Xcent, which are also small sedans. The Kite 5 has the same style as the Tiago, which is Tata’s best-selling hatchback. The first time anyone saw this car was at the 2016 Auto Expo. It is said to have design updates from the company’s design studios around the world, including those in Pune, Italy, and the UK. Again, its style is the same as that of its younger brother, Tiago.

Outside, the Tata Kite 5 has a wide honeycomb-shaped grille, a curved bumper, and headlights that go all the way around. It can look like a notchback from the side. The car also has large circular fog lights with chromed tips and a wide airdam in the middle. A chrome strip on the trunk lid, taillights that go all the way around, and a high-mounted LED stop lamp are a few other features that add to the car’s appeal. Many people have said that this sedan turns heads. 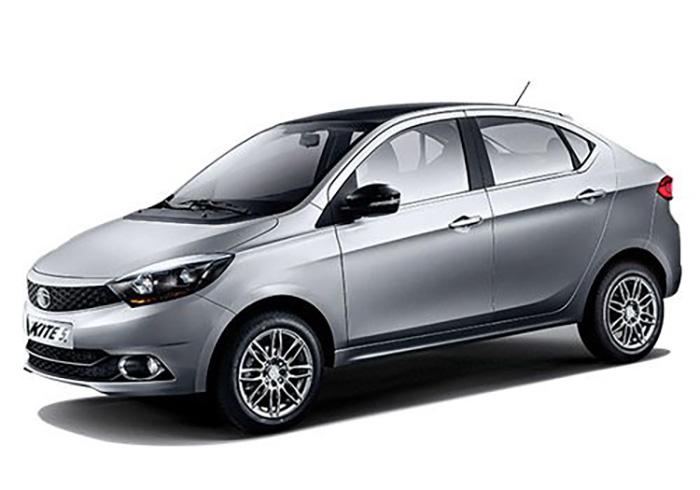 The Tata Kite 5’s cabin design and layout are very similar to those of the Tiago. It will have automatic climate control, a three-spoke steering wheel, a rear centre arm rest with cup holders, a reverse camera, and connections for USB, AUX, and Bluetooth. Some models are likely to have dual front airbags and ABS to make them safer.