If you go to Los Angeles by car, you’ll get to do things with your car that you can’t do anywhere else in the U.S. That could be good or bad, depending on how much you want to see traffic jams at their worst.

Pack your dinner, Kids. You won’t get to the city in time for dinner.

Los Angeles is much more than just its crazy traffic, of course. It’s the centre of entertainment in America, a beach town, and a huge city with millions of people.

It’s also a great place to see some interesting car-related sights. If you’re going to Los Angeles, here’s a list of car museums and other sights that you shouldn’t miss.

Drive the freeways at rush hour 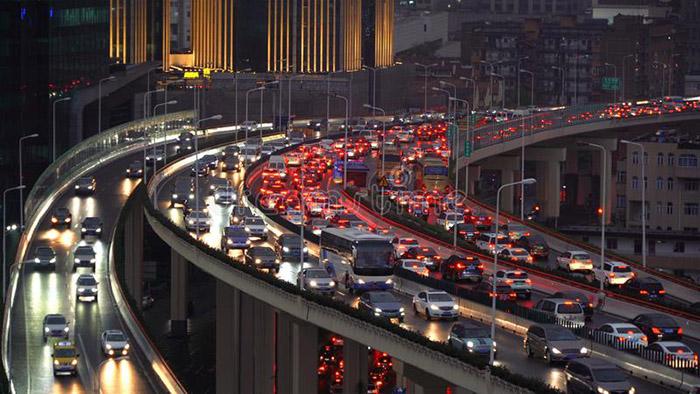 Wait. Didn’t I just tell you not to drive in L.A.?

Yes. Avoid it. It will shorten your life by years. Years.

Depending on where you live and how often you go on road trips, L.A. may be the first place you see a ramp metre, which is basically a traffic light that stops you at an on-ramp and then turns green to tell you when you can go. The city’s ramp metering system is one of the largest in the country.

If you’ve never been stopped at a ramp metre, you don’t know how hard it is to get going fast enough to merge with 70 mph traffic from a complete stop.

Some ramp metres also have a fast-moving HOV lane, which makes merging feel twice as dangerous. During rush hour, the metres are always on.

Just watch out for motorcycles, which are allowed to ride between lanes on L.A. roads and freeways. Motorcyclists in Los Angeles will gladly risk losing a limb (or your car mirror) to save five minutes on their way to Wienerschnitzel.

Catch a ride at the Automobile Driving Museum 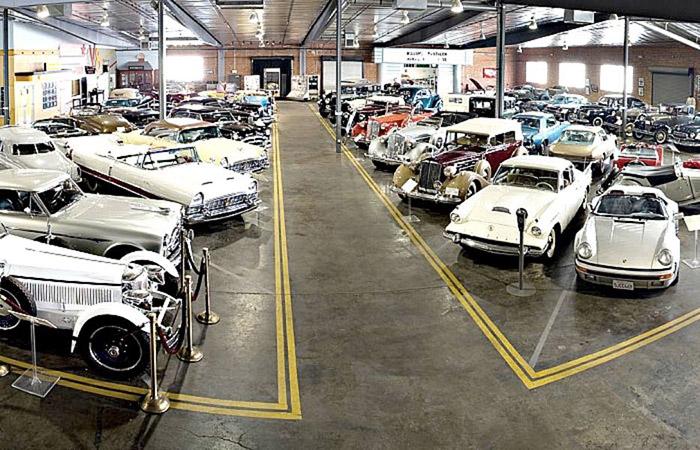 One of these places is the Automobile Driving Museum.

The museum is in El Segundo, near LAX airport, which is a bit outside of Downtown L.A., but it’s worth the trip. On Sundays between 10 a.m. and 3:30 p.m., they give rides to the first people who show up.

Call ahead (the Thursday before) to find out which cars are on the “Ride List” for the week.

On other days of the week, the Automobile Driving Museum also gives private tours that include rides. So, if there’s a classic car you’ve always wanted to drive and they happen to have it, you can cross this one off your list.

If you’re lucky, you’ll also be in town when one of the many special events held by the Automobile Driving Museum takes place.

Visit the big one – the Petersen Automotive Museum 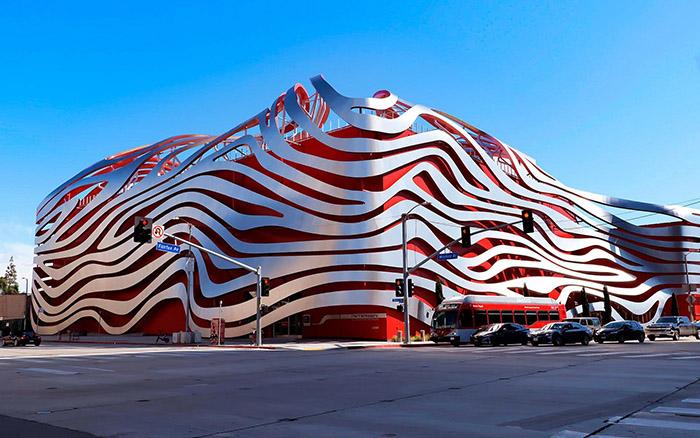 First, the museum is on the city’s Museum Row, making it the easiest place on our list for casual visitors to get to.

Second, the museum has a big collection of Cars of Film and TV, which makes it a must-see even for people who don’t like cars.

But don’t write off The Petersen just because it’s “the one made for tourists.” The director and curators of the museum have gone out of their way to make it an automotive museum.

The main learning experience at The Petersen is still based on the animated movie Cars, which gives it a bit of a Hollywood feel. Cars Mechanical Institute teaches people of all ages about how cars work scientifically and about the history of cars. The activities are made for kids, but people of all ages can have fun with them.

The Petersen has more than 300 cars on display, which is way more than any other L.A. car museum. 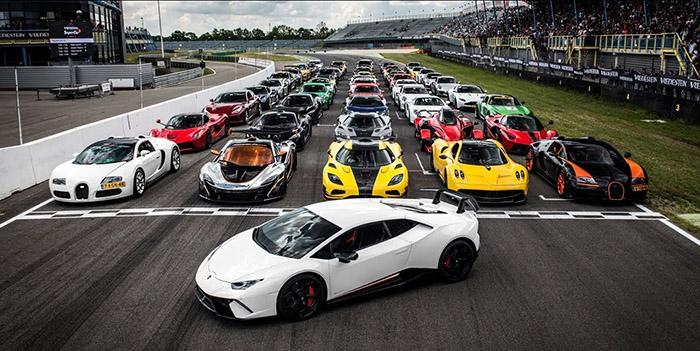 Woodland Hills, about 25 miles from Downtown L.A., has one of the best car shows in the greater Los Angeles area.

Every first Sunday of the month, on Supercar Sunday, car fans with certain kinds of cars are invited to drive onto the Pierce College campus and show off their rides.

Each month has a different theme, like Ferrari, Hot Rods, or Classic European, and you can see privately owned cars that you wouldn’t see anywhere else in the city.

And maybe even see a famous person. People know that Jay Leno sometimes shows up to show off cars from his own collection.

Every third Sunday of the month, Supercar Sunday is all about Porsche models like the Classic, Boxter, and Turbo. This might give you an idea of how many high-end cars are in L.A. 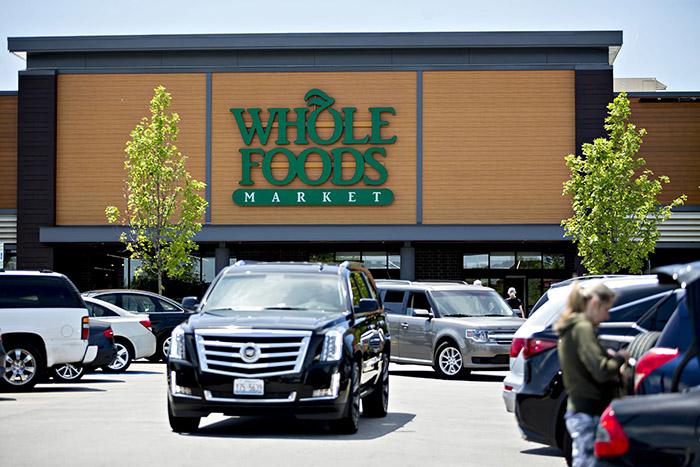 Not kidding. Not a plant. Just let me know where the cars are.

When in L.A., keep in mind that there are a lot of rich people driving around in a lot of expensive cars.

I once saw Kanye get into a Lamborghini with “scissor doors” after his bodyguards jumped me in a convenience store while I was trying to buy magazines with his face on the cover. The bodyguards, not Kanye. This happened at a regular shopping centre.

Everyone in L.A. drives a fancy car. You can find them on the highways and in parking lots. They’ll be there. Don’t be afraid.

But you’ll see more of them if you go to places where rich people like to go. So, this is Whole Foods. 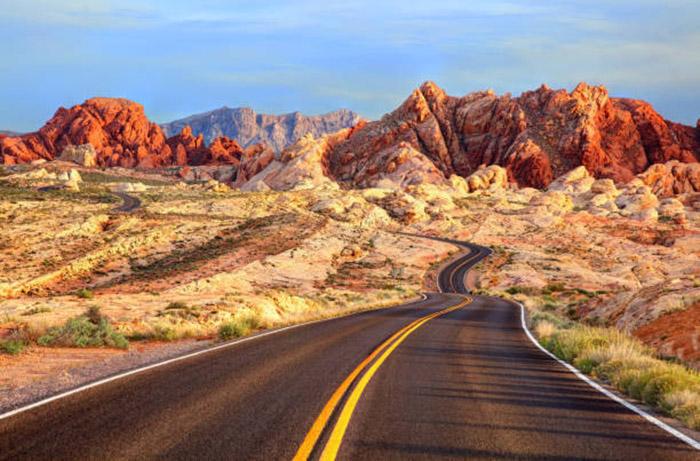 People may know Los Angeles more for its smoggy, ugly freeways, but if you leave the city streets and head into the hills, you can find some very nice places to drive.

Just west of the city, in the Santa Monica Mountains, there are several state parks, Paramount Pictures’ Paramount Ranch, and a network of winding canyon roads that will take you into (or out of) Malibu.

Not only do these roads have amazing views and natural sights, but they also have tight turns and curves that you won’t find anywhere else near the city.

Just keep in mind that there are a lot of blind curves and a lot of homes in the Santa Monica Hills. This is not where you should race or drift.

If you have a passenger who gets car sick easily, you should also avoid these roads. They won’t have a good time. Attention!

No matter what you do in L.A., you will see a lot of cars because they are on the roads all. the. time.

You don’t think it’s possible to get stuck in traffic at 3 a.m. on a Tuesday? Don’t give up.