Oil, not oil, helps to lubricate parts that move. It also moves heat away from parts of the engine that are under a lot of stress. 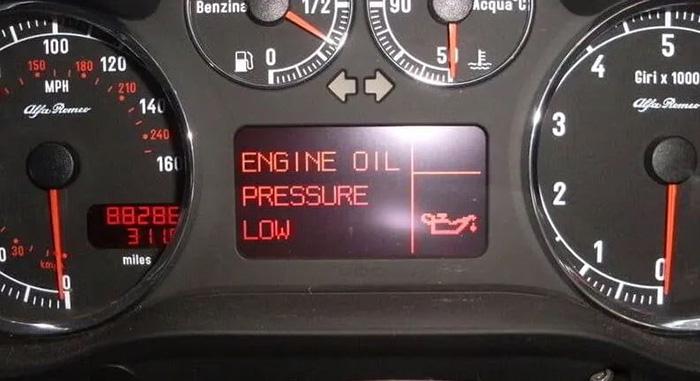 For the health of your car, you must know when the oil pressure is low. Let’s take a look at the signs you should watch for:

6 Common cause for low oil pressure: 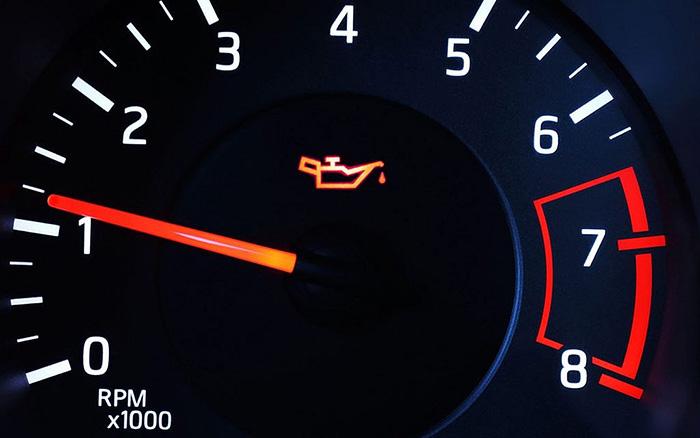 If you think your engine is starving because the oil pressure is low, you need to know what could be wrong. Your car might have low oil pressure because of one or more of these six things.

1) Low oil level: If you think your oil pressure is low, this is the first thing you should check. Oil levels should be checked once a month, but how many people actually do that? Not many. Low oil pressure could happen if the oil level on your dipstick is below the minimum mark. If it needs it, add more oil.

2) Oil Filter Clogged: Do you change the oil filter every time you change the oil? If you don’t, that could get full of trash and sludge. On a diesel engine, this is even more likely to happen. A clogged filter is a big obstacle in the way of the oil, which would definitely cause the oil pressure to go down.

3) Oil sump pickup strainer is clogged: There is a mesh filter, also called a strainer, at the end of the oil pickup pipe in the sump. Since this is not easily accessible, it’s not inspected or cleaned during regular service. This strainer can also get clogged if it picks up debris from the dirty oil. To get to it and clean it, you’ll need to take off the oil pan (sump). Just use some kerosene and a brush to clean it, and then put it back on.

4) Bad Oil Pump: An oil pump that doesn’t work isn’t as common as you might think, since it’s always lubricated by the oil it’s in. But in some rare cases, it can still fail.

4) Sludge in the engine: With modern oils, sludge doesn’t happen as often as it used to. But if you don’t get your car serviced when it’s supposed to, the old oil will lose its ability to clean and more sludge will form.

Sludge can get stuck in the oil’s narrow paths and make them even smaller. The oil will have a hard time moving through the engine.

Using the wrong grade of oil or the wrong package of additives can also cause sludge to form. So always check the owner’s manual to make sure you’re using the right grade of oil.

5) Oil viscosity that is too low or too high: The oil pressure sensor is set up to work with the oil viscosity that the manufacturer recommends. If the engine oil is too thin or too thick, the pressure warning could go off. Because of this, a lot of people have trouble with low oil pressure after getting their oil changed.

Oil with a low viscosity will move through the oil galleries with less resistance. Because of this, less oil pressure will build up.

If the oil’s viscosity is too high, it will be harder to move around, and it might be hard to get to oil pathways that are narrow or hard to get to. Right after the oil pump, the oil pressure will be high, but it will be low higher up in the engine.

Start by going through all of the possible causes listed above. Check the oil level to start. If that works, you can move on to changing the oil and oil filter. Amazon has motor oils for sale.

Before flushing out the old oil, you can also use a product called Engine Flush to clean sludge. Before changing the oil, engine flush is added to the old oil, and the engine is run for 10 to 15 minutes before the oil is drained.

If this doesn’t fix the low oil pressure, replace the sensor, which doesn’t cost much.

The next step is to clean the oil pickup strainer. This job is easy, but you have to take off the oil pan, so make sure you have a new gasket to put it back on. Just use an old toothbrush and kerosene, parts cleaner, or WD-40 to clean the stainer.

The last thing you should do is have the oil pump looked at. The pump should be able to generate oil pressure within spec.

Can you drive a car with low oil pressure?

Yes, most of the time you can still drive your car even if the low oil pressure warning light is on. But you shouldn’t drive it for too long, because the engine can get damaged if it doesn’t get enough oil. Check the oil level right away and add more if you need to. If that doesn’t fix it, drive it straight to a repair shop while keeping the rpms low.

How do you fix low oil pressure?

Low oil pressure might be fixed by changing the oil in the engine. Before you drain the old oil, make sure you use an engine flush additive. This will help get rid of the muck. Then, replace the oil filter and engine oil with the type and amount of oil suggested by the manufacturer.