Mahindra recently announced that their new MPV will be called “Marazzo.” Since then, they have shown bits and pieces of this model to get people interested. Mahindra just showed the inside of the Mahindra Marazzo on their Facebook page.

The dashboard of the MPV looks like the dashboards of other cars at first glance. It has a two-tone finish: the top is black, and the bottom is beige. It also has silver inlays in the middle to make it look even more expensive. In the middle, there is a touch screen with an Android Auto icon on it. There are buttons for AC below the screen. Are you sure? – A new platform is being made for the New Mahindra Thar.

In the second picture, we can see a colourful instrument cluster that is interesting to look at. Last week, this photo of the instrument cluster was shown as a teaser. The tachometer is on the left, and the speedometer is on the right. In between them is an LCD screen. Next to the speedometer is a digital bar that shows how much gas is in the tank. The left bar shows the temperature of the engine. 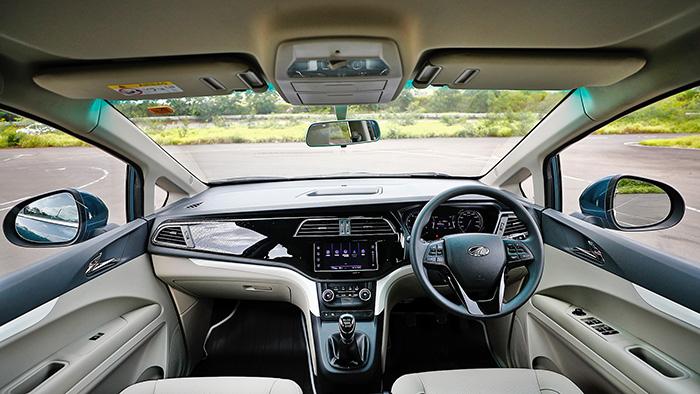 Driving Modes: The “Eco” mode is also shown on the dashboard. This means that at least the top-of-the-line Mahindra Mazazzo will have different ways to drive.

The steering wheel looks like it has a lot of buttons and four toggle switches, which we think are for changing the cruise control speed, the volume, and the music channel.

Mahindra Research Valley in Chennai and the Mahindra North American Technical Center work together to make the Mahindra Marazzo MPV. Marazzo will be the first passenger car made by two Mahindra research wings working together.

Mahindra wrote in a tweet that the name “Marazzo” comes from the Basque word for “shark.” The design was also based on a shark. So, let’s wait until it’s shown to see if Mahindra reached their goal.

It came out! The #MahindraU321 now goes by the name #Marazzo, which in the Basque language means “shark.” What do you know? The shark was the idea behind the design. Go to https://t.co/KuKnIDCUzY to find out more. pic.twitter.com/bdSUg8lHld 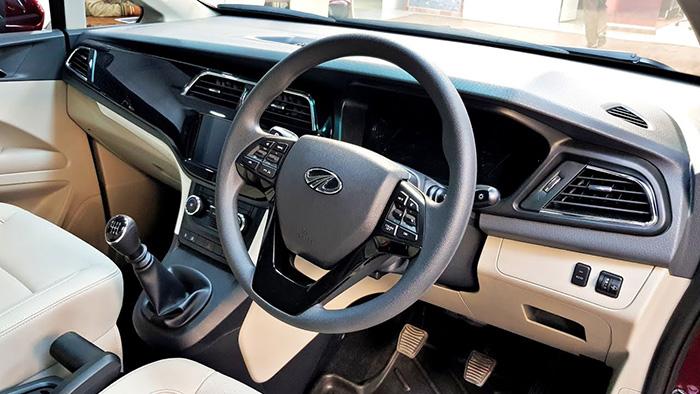 Mahindra Marazzo will have a brand-new 1.5-liter diesel engine that makes around 125 Ps of power and 300 Nm of torque. As you can see in the pictures, this engine will be paired with a six-speed manual gearbox. Even though it’s not impossible to have an automatic transmission.

Mahindra has already said that the Marazzo will be available with both 7 and 8 seats. Mahindra has also said that the headliner will have “surround-cool” AC vents on the roof. The Mahindra Marazzo MPV will come out around the time of Diwali. The price is likely to be around Rs 10 lakh (ex-showroom). And the Maruti Suzuki Ertiga, the Tata Hexa, and the Toyota Innova Crysta will be its main rivals.