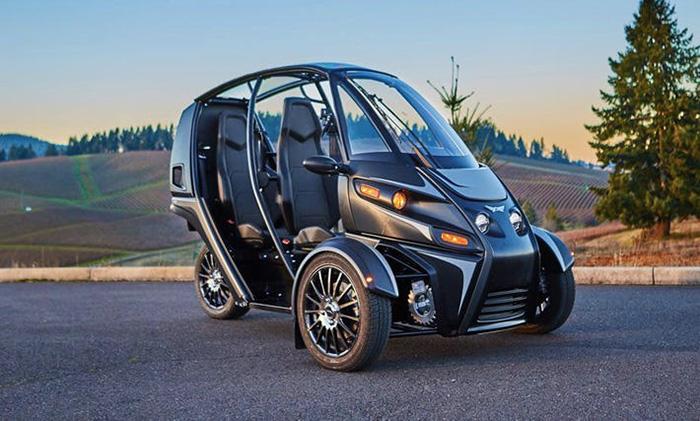 Mahindra is a big fan of utility vehicles. They have the KUV100, TUV300, and XUV500 (Xtra Utility Vehicle). A Fun Utility Vehicle would have been the perfect addition to the portfolio. But Arcimoto, an American automaker, took that trademark and used it to launch its FUV at the LA Auto Show.

We think of auto rickshaws when we hear the word “three-wheelers.” But people in the west think of them as weird and fun, and they get a lot of attention there. In contrast to an autorickshaw, the FUV is driven by two wheels in the front. The car is not ready yet, and there are still some last-minute changes being made.

The FUV has two electric motors, each with 33.5hp, one on each front wheel, for a total of 67hp. It takes 7.5 seconds to speed up to 100 km/h. It’s no slouch, and in the US, it can go up to 130km/h on the highway. The turning circle is very good, but we wouldn’t expect anything less from a three-wheeler with a handlebar.

It has room for two people, and you can add things like AC/heater and heated seats and grips. Other features include a set of doors that let people feel like they are in a car, a music system, and a solar roof. Owners who just want to have fun can still use it with just the windshield and a clear roof. 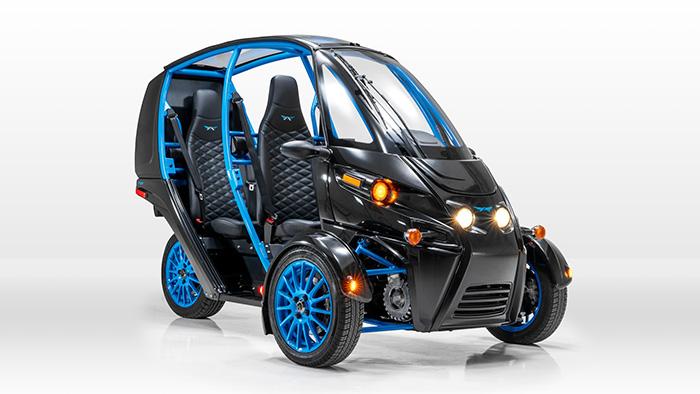 Prices for a 110km range start at US$12,000 (Rs.7.75 lakh) each. Later this year, Arcimoto will say how much the model with a range of 210 km will cost. This made-to-order EV is now taking orders, and deliveries will start in a few months.

The Renault Twizy is another vehicle that competes with the Arcimoto SRK FUV. But the Twizy falls short in a few ways. It can only go 80km/h, has only 11hp of power, can only go 100km, and there is no way to make it better. At $9,500, the Twizy is pricey for what it has to offer, but it is still cute and different.

Do you think India needs a cheap and fun EV before we jump into the world of electric cars? Say what you think in the comments.