At the Valencia track, the exciting MotoGP season of 2017 has come to an end. Marc Marquez, a Spaniard, came in third place and was named the MotoGP World Champion for the sixth time. Dani Pedrosa, who is also on Marc’s team, came in first, and Johann Zarco came in second. During this race, Andrea Doviozo of Ducati was the biggest threat to Marc because he was also in the running for the World Championship. But in the last part of the race, he and his teammate Jorge Lorenzo both crashed. Checkout: 2017 Honda CBR1000RR SP & SP2

Marquez was in first place at the start of the race, and he stayed there when the light turned green. His teammate Pedrosa got off to a good start and quickly moved into second place. This helped Marquez a lot because Pedrosa was fighting with Yamaha’s Johann Zarco and Ducati’s Jorge Lorenzo. This made it hard for Pedrosa, Zarco, and Lorenzo to catch up to Marquez. 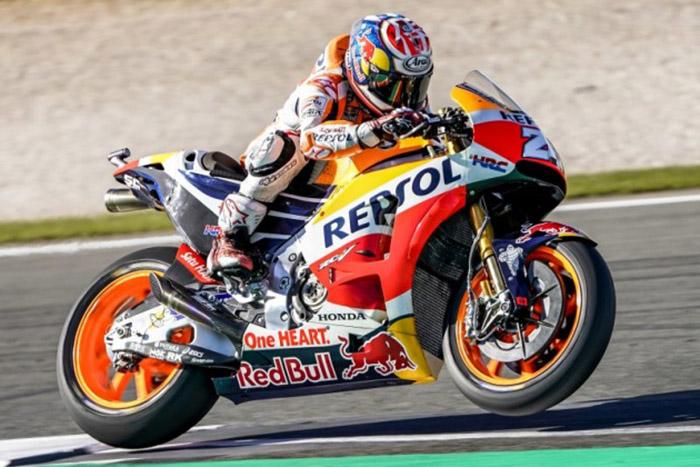 The first five riders kept going faster than the rest of the riders, so they started to race against each other. Zarco rode his bike at its best for the first few laps and passed Pedrosa to take second place. By the fifth lap, Zarco had passed Marquez and taken the lead. Marquez knew that all he had to do to keep the World Championship title from Dovizioso was keep his position. And he kept doing that for the next 25 laps. On the other hand, Lorenzo and his teammate Dovizioso fought hard to keep the fourth place. Even though his team told him in code to let him pass, he didn’t listen.

As soon as Marquez did what he does best, he started riding aggressively again to take P1 from Zarco. But Zarco was also adamant about taking first place because it would be his first win ever in MotoGP, which was his first season. Zarco took P1 from Marquez, but Marquez got it back after two laps. However, Marquez had an accident that could have cost him the Championship. He missed the first turn and went wide, which slowed him down a lot and put him in fifth place, after Zarco, Pedrosa, Lorenzo, and Dovizioso.