Today is the 50th anniversary of the first production car without a piston. It was made by the Japanese company Mazda. The first rotary engine was in the 1967 Cosmo Sport. It was a twin rotary engine. In a car that didn’t weigh much more than a pack of peanuts, a 982cc engine made a huge 110HP. The result was crazy-fast acceleration and power-to-weight and power-to-displacement ratios that are still impressive today.

The legendary race car 787B, which won the 24 Hours of Le Mans in 1991, was made with the same piece of technology. It is the oldest and most popular endurance race in the world, and it goes on for 24 hours straight. In a stressful situation like that, the driver and his car are pushed to their limits on a track where speed, agility, and acceleration don’t matter if the car can’t keep going for 24 hours. The 787 had a 2.6-liter, 4-rotor engine with 710 horsepower, or 273 horsepower for every 1000cc. Magical!

These engines have a bad reputation for getting drunk. They use a lot of gas and oil, which causes problems with pollution. But the way they are made and how reliable they are are off the charts. Because of how smooth this type of engine is, engineers had to add a shift light to cars with rotary engines to keep them from redlining too often. Because they are reliable, they are also great for races that last a long time.

The Dark Future Of The Rotary Engine 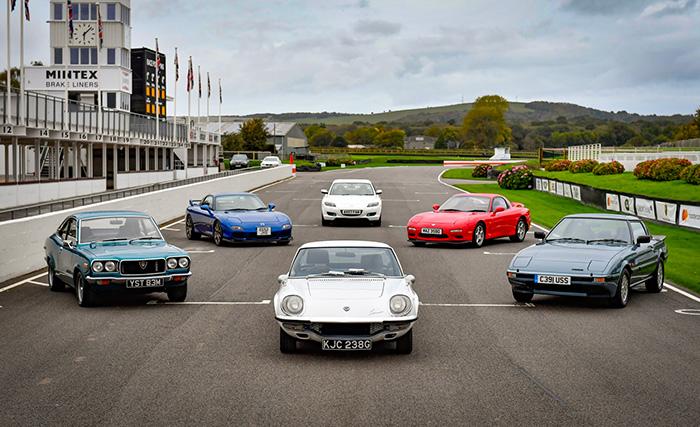 Lobbying went on behind the scenes to stop rotaries from entering the famous Le Mans race. This stopped engineering efforts for the time being.

Cars with a rotary engine are just what the doctor ordered, and the RX-8 was made until 2012. The ever-stricter emission rules were what killed it in the end. But the ban on rotary engines at Le Mans has been lifted, and people still hope to see them on the French race track again. Mazda knows how to keep rotary engines interesting. In 2015, the company showed off the RX-Vision Concept, which might become a real car in a very long time.

The MX-5, which is also known as the Miata, is the only sports car that Mazda makes right now. It will go up against the new BMW Z4, which will come out in August.