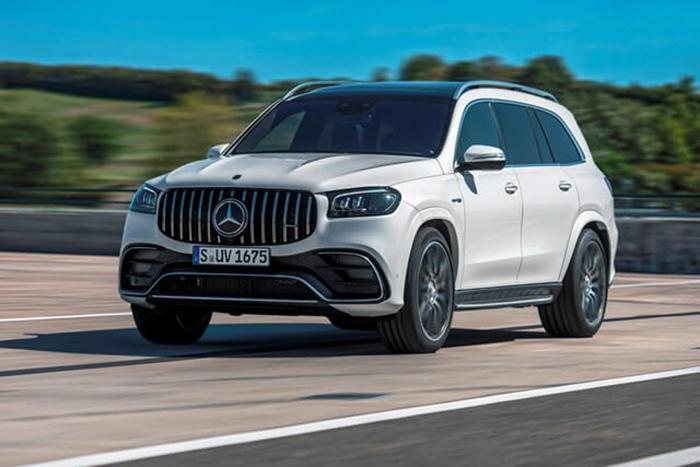 The GLS is Mercedes’ newest SUV. It was just released in India. Now, the “63” badge brings a lot of AMG style and performance. The GLS 63 has a sporty bodykit, four exhaust tips, bigger wheels, and an intelligent lighting system with LED daytime running lights (DRLs). Inside, there is a panoramic roof, a Nappa leather AMG steering wheel, and other sporty touches.

As the AMG model, it has all the bells and whistles, like massage-functioning multi-contour seats, an electrically operated tailgate, cup holders that can be set to different temperatures, Termotronic climate control, and a Harman Kardon Logic 7 surround music system.

A 5.5-liter V8 Biturbo engine gives the GLS 63 580 PS of power and 760 Nm of torque. The SUV has a sports suspension called AMG Ride Control with Active Curve Control to keep the body from rolling too much.

Since 1979, Mercedes has kept making the G waggon. The G waggon has stayed pretty much the same up to this day. The G63 “Edition 463” is a special version of the car made to mark its 35th birthday. The number 463 is the internal model code for the G63.

Don’t let the numbers tell you what to think. Since this is still a G waggon, it can still go off-road very well. It comes with Electronic Traction System 4ETS, differential locks, and a reduction gear for off-road use. The G63’s powerful engine isn’t just for speed. It can pull up to 3,500 kg and can hold up to 2,250 litres of cargo.

The company is not afraid to put AMG models on the market in India. The C43 AMG just came out, and it costs Rs 74.35 lakh. In November, the 2017 Mercedes E63 will make its debut at the LA Auto Show.