The new C43 AMG is Mercedes’s thirteenth new product of the year. For those who don’t know, think of the 43 AMG line as the entry-level executive cars that pack a punch but aren’t as intimidating or picky as the 63 range. The C43 will only come in one version, which will cost Rs 74.35 lakh (ex-showroom). The GLE43 (also known as the GLE450 AMG) and the SLC43 are the other 43s that can be bought in the country. They cost Rs 89.25 lakh and Rs 77.5 lakh, respectively. 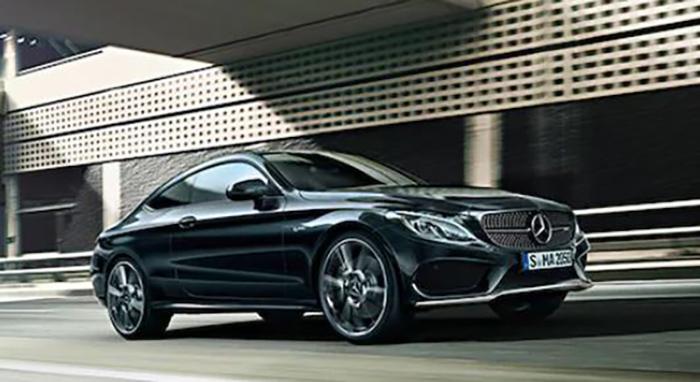 Small visual changes on the baby AMG are easy to miss if you haven’t seen them before. It has the same size and shape as a regular Class C, but it has a little more muscle to make it look more sporty. AMG-specific features include a different set of bumpers that are more aggressive, the “Diamond Grille,” and 18-inch alloy wheels that are bigger. Small parts of the outside, like the outside mirrors and window line, are finished in a darker colour to draw attention to the performance.

When you get inside, everything will look the same as in any other C-Class. It has the same sleek dashboard with round air vents and a floating infotainment system that looks like an iPad. The 8.4-inch device works with Apple CarPlay and Android Auto, lets you stream satellite radio, and can also be used as a GPS. The sedan has all the standard features, like leather upholstery, a panoramic sunroof, dual-zone air conditioning, and electric seats. But the C43 has some unique features, like a leather steering wheel with a flat bottom, an AMG instrument cluster, red safety belts, and aluminium pedals. What’s the best? Under all the muscle, it’s still a C-Class. That means it has enough room for four people and their weekend bags.