The Mercedes EQ range and EQ SUV are fully electric concept cars that the German company plans to start making in large numbers by the end of 2019. This also means that before production starts, these Mercedes electric cars are being tested in real-world driving conditions. (See our report on the Mercedes EQC concept car from before)

A YouTuber took a picture of the Mercedes-Benz EQ C while it was waiting at a traffic light (video at the bottom of this page). He put all of this on video and gave us a good look at the Mercedes EQC test mule. The production model will be shown for the first time at the Paris Motor Show in October of this year. It will be the first electric car from Mercedes. 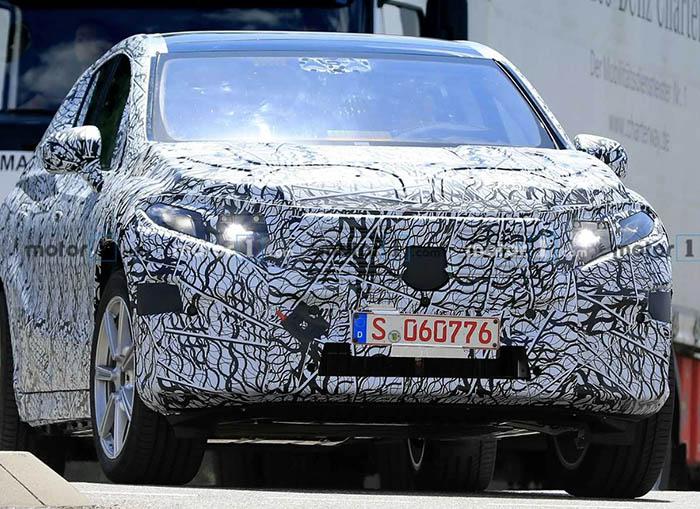 The video shows that the EQ SUV is a full-size SUV with a sleek silhouette like the GLS. It looks like the front grilles of each car in the EQ line will be very different. The headlights are full LED daytime running lights, just as you would expect. The bumper looks a little strange, so maybe the bumpers on the real car will look better.

The Mercedes EQ Class will use a brand-new platform that will only be used for electric vehicles. Still unknown is how the powertrain works, but the Concept car had two electric motors, one on the front axle and the other on the back axle. All together, that set-up made 410 PS and 700 Nm of torque. It had a 70 kWh battery, which gave it a range of 500 km and a speed of 0 to 100 km/h in less than 5 seconds. Taking this performance into account, it’s likely that Mercedes will use a similar powertrain setup in the production car. Mahindra will make an electric supercar.

Mercedes EQC will be made in Vance, Alabama, which is in the United States. When it comes out, it will be up against the Jaguar I-Pace, Audi E-Tron, Tesla Model X, and BMW iX3, all of which are still in the works. By 2020, there will be 10 different models of the Mercedes EQC line of electric cars, which includes SUVs and sedans.