The car company has decided to give its electric programme its all. The German automaker said that the 2020 EQC, its first electric car, will go into mass production by the end of 2019. The company also said that Germany would stay at the centre of their offensive approach to electric cars. Mercedes-Benz will sell at least 10 electric EQ-Class cars by the end of 2022. The EQC, which is the C-Class version of the electric EQ lineup, will be the first step in the mission. Other electric Mercedes cars will have names like EQA, EQE, and EQS, which follow the same pattern.

Eventually, all of Merc’s cars will switch over to a 48-volt electrical system. Because it has 48 volts, the same battery can power both the headlights and the electric motors. For a smooth transition, the 2018 S-Class will be the first Mercedes car with four times the voltage. 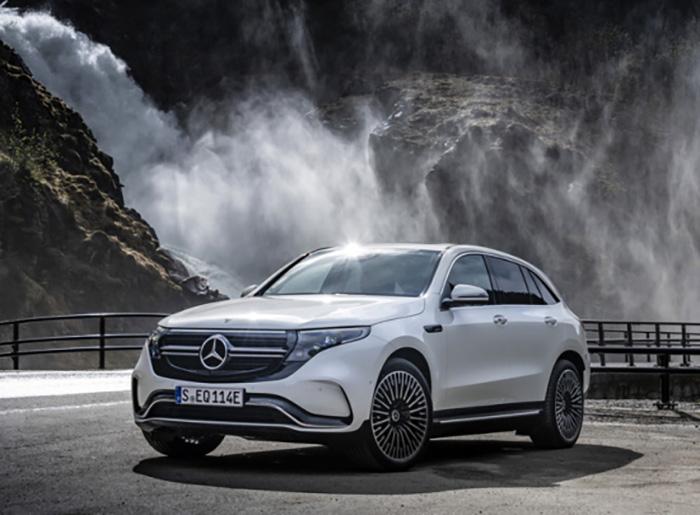 With a strong lineup of electric cars, the company hopes to have 15–25 percent of the international EV market by 2015–2025. A YouTuber talked about the Mercedes EQ.

The company wants to speed up its CASE (Connected Autonomous Shared and Electric) cars in the EQ category by spending €10 billion (Rs. 73,000 crores) over the next few years. The carmaker can put a battery on either or both of the axles with the new EQ platform, which is scalable.

As the number of batteries made grows, economies of scale will become more noticeable. As more people want electric cars and systems that store electricity, prices will eventually go down. At the moment, the batteries account for about half of the total cost of an electric vehicle. The price of Li-Ion batteries per kilowatt-hour is expected to drop by 40% over the next three years. This will make electric cars 20% cheaper than they are now.

EQ Concept & EQC To Have A Lot In Common

It will be important to have the right technology at the right price. Even then, it will all come down to how much people want electric cars. At least range anxiety won’t be a problem, since the car is said to have a range of about 500 km.