As part of the MIC Program, the Miami-Dade Aviation Department (MDAD) began construction on the MIA Mover on March 2, 2009. It opened for business on September 9, 2011 and provides: 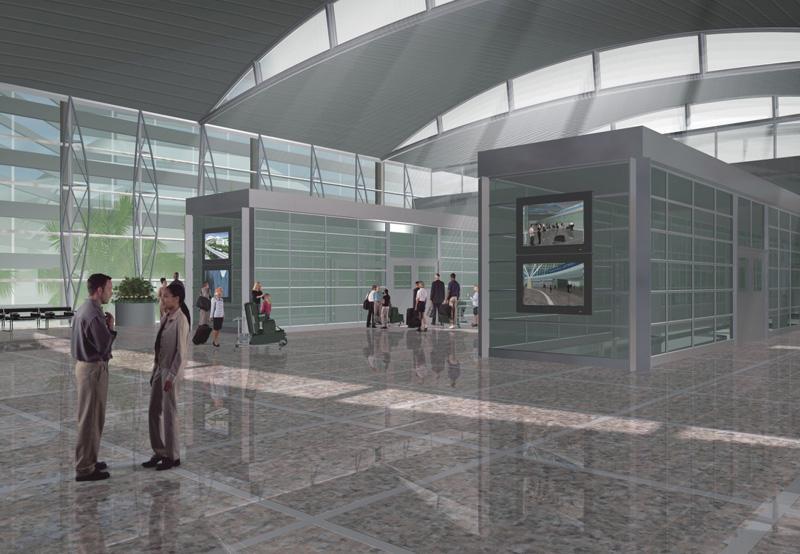 The MIA Mover is a light-rail people mover system operating between Miami International Airport (MIA) and the two major structures of the Miami Intermodal Center (MIC), the Rental Car Center (RCC) and the Miami Central Station (MCS). The MIA Mover is Miami-Dade County’s contribution to the MIC Program; it was built and is being operated by MDAD. The Florida Department of Transportation was responsible for its guideway foundations and construction of its station at the MIC. The MIC Station was completed in January 2011, and the MIA Mover became operational on September 9, 2011.

The MIA Mover system has two stations. The MIA Station is located on the third level between the Flamingo and Dolphin Parking Garages at the airport; it connects with the airport’s third-level moving walkways. The MIC Station is located on the fourth level of the Rental Car Center (RCC) between the RCC’s Customer Service Lobby and the Miami Central Station, via an elevated pedestrian walkway. Its dual elevated guideways span 1.25 miles, allowing trains to travel in both directions. Its approximate path runs east from the MIA Station through to Central Boulevard and on to NW 21st Street, curving north into the MIC Station, directly above the MIC Terminal Access Roadways.

FDOT built the guideway foundations and the 30,000 square foot MIC Station which was part of the RCC construction. In addition, FDOT contributed $100 million towards its cost. Visit the Financing section of this site for more information.

The MIA Mover is a vital component of the MIC Program because it is an intermodal connector. It is a rail line that will link the airport to Amtrak and  Tri-Rail , and it is already providing a connection to Metrorail and Metrobus. It serves the growing number of air passengers using MIA, which totaled 39.5 million in 2012, who rent vehicles or choose to use public transportation to reach their destination. It also provides transportation to MDAD and for cargo and airline workers commuting into MIA everyday. As the county’s main economic generator, MIA accounts for approximately one out of six jobs.

As part of the MIC Program’s decongestion strategy regarding the roads in and around the airport, rental car shuttles have been eliminated and replaced by the MIA Mover.   As a result, it is estimated that 30 percent of vehicular traffic was removed from the roadways and passenger traffic at the terminal curb-fronts was also reduced.

For more information on the MIA Mover, please contact Greg Chin of the Miami-Dade Aviation Department at 305-869-3809 or [email protected]