Everyone, no matter how old they are, loves the Mini Cooper. Since the Mini Cooper Brand has been around for a long time, people often ask, “Who owns it now?” And is it a car from Britain or Germany?

You could say that Mini is a British brand because many of its colours feature the Union Jack flag. Yes, the Mini brand was started in Britain, but it is now owned by BMW Group, which is a German car company.

BMW has two factories that make Mini Coopers. One is in England, and the other is in the Netherlands.

In the year 2000, BMW Group bought the MINI brand. The identity of the MINI brand is still very British. This is also clear when TV or print ads for Mini are shown. Even though the Mini Cooper is a pretty unique car, it has a lot of the same parts as other BMW cars.

The first cars to use the name “Mini” were the Morris Mini and the Austin Mini, which were basically the same car but had different logos. In 1959, right after World War II, gas prices were going through the roof. Because the Mini was cheap to run, it became a very popular car.

British Leyland owned both the Austin and Morris brands. Because of how well this model did, the Mini became a brand in 1969. Austin and Morris’s resources were put together to make the brand Mini.

Mini continued to do well for many years. But the same model can only be used for so long before it needs to be changed in a big way. The company put out a new generation of Mini in 1996, and it was made until 2000.

Now, in 1996, BMW bought the Mini brand from the company that made it, Rover Group (In 1986 British Leyland was renamed Rover Group). BMW thought that the MINI brand had a lot of potential, so it sent its engineers to work on a new Mini. The 2001 Mini, which was made by BMW, was a big step forward in terms of technology and could be used by a wider range of people. It was no longer a niche product because it wasn’t very useful.

BMW has added different body styles to the MINI lineup over the years, such as the Convertible, Countryman, and Clubman. You can now get a Mini with two doors, four doors, a convertible, or as a crossover. And you can choose between a gasoline or diesel engine. Soon, Mini will also have an electric drivetrain.

Now, MINI products are made at the headquarters of BMW in Munich, Germany.

Where are Mini Coopers Made? 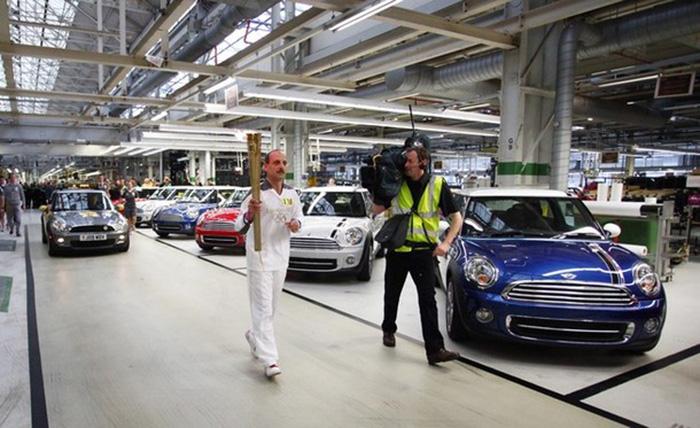 Every Mini comes from one of these two factories:

This factory has been making cars for more than 100 years. This building was a steel press factory where body panels for the first generation of Minis were made. Austin, the company that owned Mini, had a factory nearby. Mini has a big part to play in making the area into a place where cars are made. Since 2001, Mini has made things here while it was owned by BMW. Getting ready to be exactly.

Well, a Mini is made in the UK at three different plants. Body Pressings and other parts are made at Plant Swindon. Plant Hams Hall makes engines. All of this comes together on the assembly line at Plant Oxford.

Since 2014, this plant has been making Minis under contract. DAF Trucks opened the plant for the first time in 1967. Between 1972 and 1975, Volvo bought the DAF and took over the Nedcar factory, where they started making Volvo cars.

At the beginning of the 1990s, the plant started having money problems. Then, in 1991, Volvo, Mitsubishi, and the Dutch government got together to start a joint business. In 2012, Mitsubishi stopped making cars at the Nedcar plant. The plant was then bought by the Dutch industrial group VDL. Now, VDL has contracts with this factory to make a number of Mini models.

Mini Cooper 3-Door: Mini Cooper is loved by purists because it shows what Mini was all about. A cute and fun hatchback.

But compared to the first Mini, the current generation car has grown quite a bit. But it’s still a fun hatchback to drive.

Mini Cooper Convertible: As the name suggests, this is the version of the Mini Cooper that has a top that can be taken off. It has a soft top that you can quickly drop down so you can get some sun.

Since Mini is a lifestyle brand, a convertible fun little hatchback is quite a unique proposition.

The Mini Clubman is a station waggon version of the Mini. The wheelbase is made longer so that you can load more luggage.

Now you don’t have to give up functionality for Mini’s fun factor. People also like the way its back door opens in the middle.

Mini John Cooper Works: If you want the most driver-focused Mini, this is the one to look at. Even though the Mini Cooper S would be enough for most car fans, the JCW model is like the cherry on top.

Due to its motorsport roots, it gets a sportier body kit, louder exhaust, bigger wheels, sportier seats, a new infotainment display, and bigger brakes. The Mini JCW also comes with a lot of standard features that can be added to the Mini Cooper S as extras.

It can be charged quickly, and with a fast charger, it can be charged from 0 to 80% in just 30 minutes. The front wheels are driven by an electric motor that puts out the same 183 bhp as the gas-powered Cooper S.

Mini has a long history of recalls and problems with how well it works, especially with models from 2006 to 2012. Consumer Reports is a company that looked into how reliable Minis are and found 17 possible problems. Most of these had to do with the Engine, the Driving systems, the Electrical systems, and the Suspension.

Consumer reports gave the model from 2006 to 2012 the lowest possible reliability rating. So, if you want to buy a used Mini, you might want to avoid one from that time.

What about the Mini that is newer? In 2014, Mini Copper got a full makeover, and now it works much better. The consumer report said that it was more reliable than average. Since 2014, the reliability has only gotten better. And today is a very good day.

In fact, J.D. Power said in 2019 that the Mini Cooper Clubman is the most reliable small car. For dependability as a whole, the Mini brand came in at number four.

In the 1960s, the first Mini Cooper was a very small car. But now, the Mini Cooper is much bigger than it used to be. Check out how big the most recent Mini Coopers are:

The size of a Mini Cooper convertible is:

The size of a Mini Cooper Clubman is:

The size of a Mini Cooper Countryman is:

Is Mini Cooper Expensive to Maintain?

Since the Mini Cooper is a German hatchback, it costs more to maintain than other hatchbacks. Since it has parts that are shared with other BMW models, the parts can be expensive. Modern Minis can go up to 10,000 miles between service checks, which is a long time. The cost of maintaining a Mini is about $800 per year, which is about the same as a BMW 3 series.

Consumer Reports says that modern Mini Coopers (those made after 2014) are more reliable than average. The least reliable cars were Mini Coopers from 2006 to 2012.

Who are the main competitors of Mini Cooper and Countryman?

What Is A Car Water Blade?
Accidentally Used 0w30 Instead of 5w40: Is It Ok?
How To Wash Steering Wheel Cover
Spark Plug Blew Out Of Cylinder Head