Since they were first made, SUVs have been one of the most popular choices for people who want a vehicle with storage space that doesn’t look like a box. Customers flocked to these cars because they look more like trucks than minivans. They quickly became the most popular family cars.

But have you noticed that SUVs look more and more like minivans these days? You are not the only one who has wondered why this is happening. We were interested.

Modern SUVs look more like minivans because their shape and style changed to make them more family-friendly. They became less bulky and used less gas, but they still had room for people and things.

So, if an SUV looks and works like a minivan, what makes it different? Well, read on to find out how these two cars are different and how they are the same.

What is an SUV? 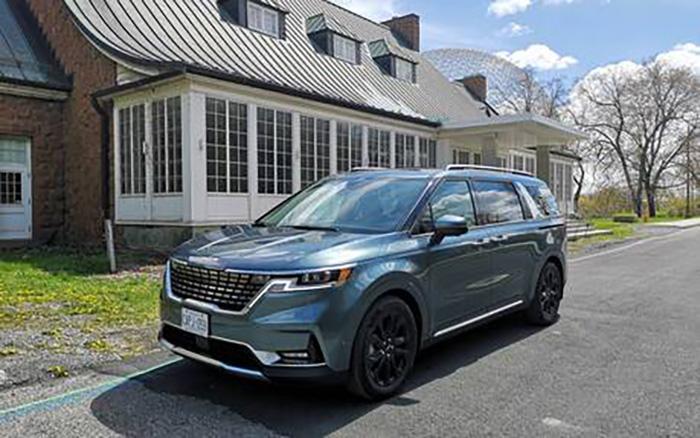 SUV stands for “sports utility vehicle.” It was decided that an SUV was a mix of a truck and a passenger car because it had parts of both.

The SUV had more storage space for cargo than any car, but it could also fit more people than a pick-up truck.

So, the term “SUV” was made up to make this type of car stand out from others. SUVs have been around for a long time. The first Chevy Suburban was made in the 1930s.

The term “SUV” wasn’t used until the 1980s, and the Jeep Wagoneer was the first SUV that looked like the ones we have now.

SUVs were designed to look different from minivans, but they still have as much storage space as possible. Because of this, the shape is usually more boxy than cars with a flat back like a sedan.

What is a Minivan?

A minivan is a passenger car that usually has two or three rows of seats and is made to carry many people at once.

A full-size van is made to transport things, usually for businesses. A minivan, on the other hand, is only made for people.

The word “minivan” comes from the word “van,” but the “mini” part comes from the fact that these vehicles aren’t as big as regular vans and don’t usually carry as much weight.

Since full-sized vans are usually used to transport goods or equipment, they usually have a higher weight capacity.

A minivan is made to be comfortable for everyone who rides in it. It has more space for legs and heads than other cars. Because of this, most cars have long bodies with a curved back and slightly higher ceilings.

The Differences Between an SUV and a Minivan 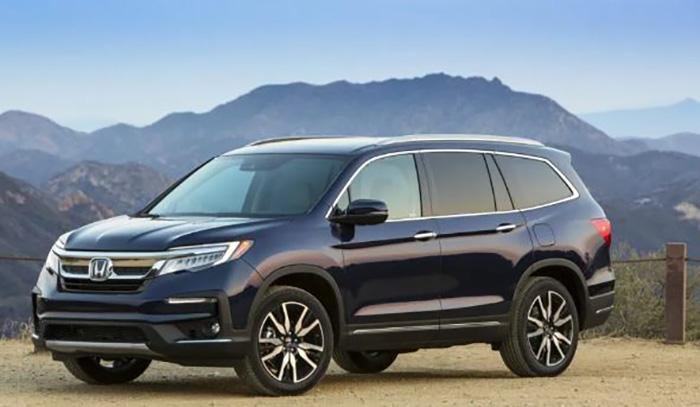 Even though there are some similarities between these two types of vehicles, let’s first talk about what makes them different.

There are a few main differences between these vehicles that make them not the same.

A minivan is made to carry a lot of weight, but most of that weight is meant to come from the people inside. There is more space inside the car, but the trunk isn’t always as big as it is in SUVs.

Most of the time, it is assumed that each passenger will have a few things with them, but the car is not made to carry a lot of things.

Since an SUV is meant to be like a truck, it usually has a bit more space for carrying things. Extra space is often put in the trunk, and there isn’t as much room for people inside as there would be in a minivan.

Even though both vehicles have about the same amount of space, they are not the same because of how they are used and where they are placed.

Now, this difference doesn’t necessarily apply to all minivans, since not all of them have this feature, but we’re including it because many do. The minivan is made for people, so it’s not a good idea to open a wide door in a small parking spot.

Instead, the sliding door was made so that everyone in the back seat could get out without having to worry about not having enough room. This is still something you don’t see on many cars besides minivans.

Most SUVs have doors that open outward like those on sedans and small cars.

This probably wasn’t a big deal when the car was designed, so it was probably added because it was more common on other cars and didn’t make the SUV look like a minivan.

Even though there are some differences, the modern versions of SUVs and minivans are so similar that they look and feel like the same vehicle.

From how they are used to how they can be driven, it seems that these cars have more in common than not.

When you think of an SUV, you might picture a big structure like a truck that can fit a lot of people and things. Well, maybe that was true in the past, but it’s not true anymore.

Now more than ever, a lot of SUVs look like minivans. Older models were much bigger, but they didn’t use fuel very well.

So, to fix this problem, SUVs stopped having as many features and started being made like minivans instead of being as big as SUVs used to be.

This is also true for the vehicle’s height, which may have been a bit higher at first but was found to be hard for younger kids to handle. Parents who want their children to be able to get in and out on their own would choose a lower car.

Now, SUVs have the same ride height as minivans, so families can fit everything they need in one car.

When SUVs first came out, they were marketed as a minivan alternative for families. It was like everyone wanted to hang out with the cool cousin.

But because of the problems that came with having a big car that wasn’t good on gas and wasn’t easy to drive around town with several kids in it, they became less popular over time.

The shape, which was big and boxy, made the fuel efficiency pretty bad, and the size made things even worse. So, newer SUVs look more like minivans than they did in the past.

Modern SUVs look more like minivans because the front is slanted, the trunk is curved, and there are spoilers on the back.

Because of this change in style, an SUV now looks like a minivan, even though it isn’t called a minivan.

There are a lot of cars on the road that can fit up to five or six people, but a minivan can fit more people than most cars. Most minivans have three rows of seats, so they can usually fit anywhere from seven to ten people.

The SUVs were one of the only other vehicles that didn’t have to be used for business that had three rows of seats. So, this makes it look and feel more like a minivan.

Also, the new size and shape of SUVs makes this picture even clearer. You could easily mistake an SUV for a minivan because they both have the same shape, ride height, and three rows of seats.

Well, as we’ve already talked about, the first SUVs didn’t work well for many families. Since families were the target market, it was hard to sell SUVs because of this.

So, when changes had to be made, the shape and style of the car changed to make it more family-friendly. It used less gas and wasn’t as big, but there was still room for people and things.

Because of this, SUVs started to look more and more like minivans. But why isn’t an SUV just called a minivan if it’s basically the same thing?

The problem with the minivan, though, is that it has a bad reputation. Most people don’t consider a minivan to be a cool car, so they don’t want to drive one.

In general, it sounds better to say that you drive an SUV.

Due to all the changes that have been made to the original SUV model, these cars look more and more like minivans every day.

But because minivans are seen as boring and sensible, many people don’t want to admit that they drive one.

These changes have affected the sales of SUVs, but is that just because people want the usefulness of a minivan without having to say they drive one? Maybe.

Water Leaks In Car When It Rains
Can I Use Old Gas In My Car
Comparison Chemical Guys Vs Meguiars
When Should I Use 0w30 And When 0w40?