In the market for a new car? If you’re looking for a new SUV and can’t decide between the 2019 Mitsubishi Outlander and the 2019 Buick Encore, we’ve put them side-by-side so you can see how they compare in terms of price, safety, performance, and more.

But there are many things to think about when figuring out how much a car costs. The MSRP for both of these SUVs is about the same, but the Outlander has a higher Destination Charge than the Buick, so its total price is a bit higher.

The warranty on the powertrain for the Mitsubishi is 4 years and 30,000 miles longer than the one for the Buick. For 10 years or 100,000 miles, all repairs to the engine, transmission, axles, joints, and driveshafts are covered on the Outlander. The warranty on the Encore is good for 6 years or 70,000 miles.

As for the corrosion warranty, the Outlander gives you 7 years and the Encore gives you 6. 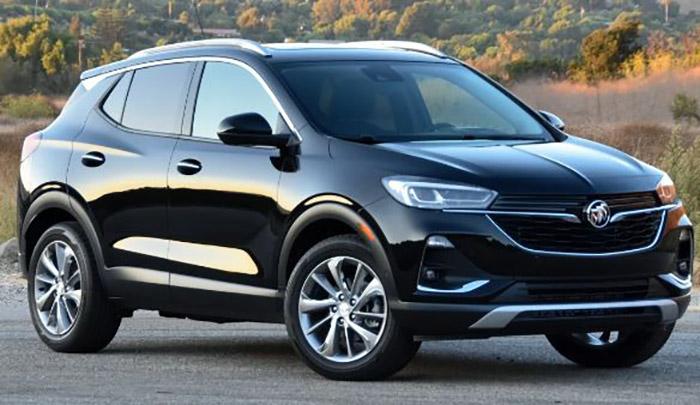 All new cars are put through front crash tests at 35 mph by the National Highway Traffic Safety Administration. The Buick Encore was safer than the Mitsubishi Outlander in these tests.

SUVs are usually known for how powerful they are and how big they are. But these two don’t fall into that range because their main selling points are that they are quiet and safe. Today, the 2016 Mitsubishi Outlander and the 2016 Buick Encore go head-to-head.

The Encore comes with Buick’s Standard QuietTuning technology, which, according to Buick.com, helps “block and absorb noise from the road, wind, and other vehicles, resulting in a serene interior cabin.”

The engineers at Mitsubishi also spent a lot of time making the 2016 Outlander quieter. As a result, the new generation of the Outlander has sound-isolating windshield glass, sound dampening inside and out, and re-tuned suspension dampening.

But that’s where the similarities between the two models end. And the engines are where the differences start.

The Encore gets a little better gas mileage than the Outlander, but that doesn’t make up for the Encore’s poor performance.

The Encore’s base model with front-wheel drive and four doors is said to get 25 mpg in the city and 33 mpg on the highway. On the other hand, this fuel economy comes from a 1.4 Liter Turbocharged I4 engine that can make 138 horsepower and 148 net torque.

In this case, Mitsubishi is the winner. The base two-wheel drive 4-Door ES trim of the Outlander has the same estimated fuel economy as the Encore, which is 25 mpg in the city and 31 mpg on the highway. It also has the same 2.4 Liter Regular Unleaded I-4 engine that can make 166 horsepower and 166 net torque.

This difference stays the same in the top models of each brand. The Buick Encore Premium with all-wheel drive gets the best gas mileage, with an estimated 23 mpg in the city and 30 mpg on the highway. Its engine, however, is still a long way behind that of the Mitsubishi. Even in its most expensive trim, the Encore has the same 1.4-liter turbocharged I4 engine that can make 138 horsepower and 148 net torque.

On the other hand, the AWC 4-Door Mitsubishi Outlander GT has a whole new beast for the driver to enjoy. The Outlander has a 3.0 Liter Premium Unleaded V-6 engine that can make 224 horsepower and 215 net torque. However, it still gets 20 mpg in the city and 27 mpg on the highway, which is a good rating.

The last area where the Outlander is better than the Encore is possibly one of the most important. Pricing.