A car owner’s goal is to ensure that their vehicle is always running at its peak performance level. But when it comes to antifreeze, many automobile owners are unsure if they may combine two distinct hues of antifreeze together. So, let’s dig a little deeper into it. Is it possible to blend yellow and blue antifreezes? Doing so does not imply that you should, but it’s quite fine to do so if you like. If you use two distinct colors and types of antifreeze, you run the danger of creating a mess.

You should be aware, as a car enthusiast, of the importance of performing routine maintenance on your vehicle and its engine. Every vehicle requires some level of maintenance. It’s the same as performing routine maintenance on your car, such as changing the oil, inspecting the tires, and replenishing all of the fluids. This applies to antifreeze as well. You must ensure that it is sufficient, proper and in good working order. If you’re driving in hot weather, you’ll want to watch out for the possibility of your engine overheating, which can happen when your engine is running. When it comes to mixing coolant colors, many drivers aren’t sure if they can combine yellow and blue coolant.

Drivers are also wondering if there are any distinctions between the two of them. That’s why this article is devoted to discussing it. However, if you’re interested in learning more, continue reading for an extremely useful article.

Can You Mix Yellow And Blue Coolant?

Learn more about antifreeze before answering the question. You need antifreeze or coolant, commonly known, to keep the temperature of your engine under control. Antifreeze is sometimes referred to as a coolant for a reason that only the keen-eyed will notice. Antifreeze is a chemical substance used to keep things from freezing. To cool or freeze something, you use the word coolant. It’s understandable that you’d have questions and concerns about this, but you don’t need to.

Antifreeze and coolant are both used in the same product since it performs both tasks at the same time. As a result, you shouldn’t be perplexed by any of this. The antifreeze will keep your engine’s fluids from freezing in the cold weather. Also known as coolant, it stops your engine from overheating in the sweltering summer conditions.. Antifreeze, too, is a chemical in its own right. Ethylene glycol is the primary ingredient of antifreeze.

Ethylene glycol can be used in radiators if it is blended with half water. So that it can circulate through your engine and maintain an optimal temperature. When antifreeze is mixed with water, it is referred to as a coolant. In the end, antifreeze or coolant is used to keep your engine from overheating. The coolant, as previously said, will help keep various objects from freezing in the wintertime. As a bonus, it will keep your engine from overheating. So, to answer your question, yes, you can mix yellow and blue coolant without danger if they are of the same type. For your own safety, it’s important to know that antifreeze comes in many different colors. Several antifreeze manufacturers use the same hue for their coolant. Based on the coolant’s hue, you’ll be able to identify the manufacturer. So, regardless of hue, if you mix two different types of coolants, you run the danger of damaging your engine.

Is There A Difference Between Yellow And Blue Antifreeze ? 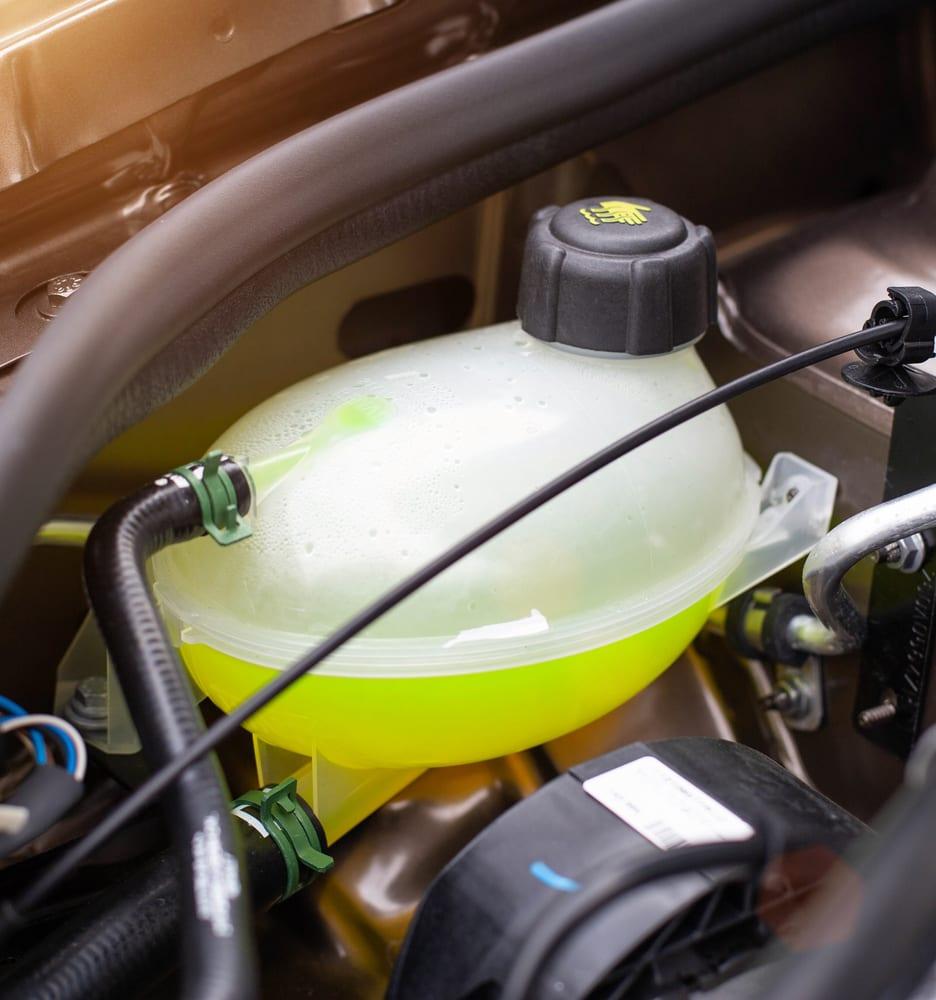 There is no way to tell for sure if the yellow and blue coolants are interchangeable except from their hue. You need to know that the color of the coolant is only a way to identify it. Depending on the brand, an antifreeze that is yellow or blue may actually be the same thing. The IAT, OAT, or HOAT are the three types of tests we use to describe the IAT. The two most frequent hues of antifreeze are universally recognized. Both the orange and the green coolants are involved. However, there are now a variety of antifreezes on the market, including blue, yellow, and pink. In other words, it’s risky to use two different kinds of coolant together. Consequently, in terms of the distinctions between yellow and blue coolant.

What Will Happen If You Mix Yellow And Blue Antifreeze?

Mixing antifreezes of different sorts, such as yellow antifreeze and blue antifreeze can pose a risk to your engine. There will be an incompatibility and potential damage to your vehicle and engine if you mix two different brands of antifreeze. In addition, the mixture will thicken if you combine two different kinds of antifreeze. Even though the liquid should be smooth and runny, the mixing process will result in a syrupy or jelly-like consistency instead. If the coolant is too thick, it won’t be able to keep things cool and prevent them from overheating, and it won’t be able to do both. 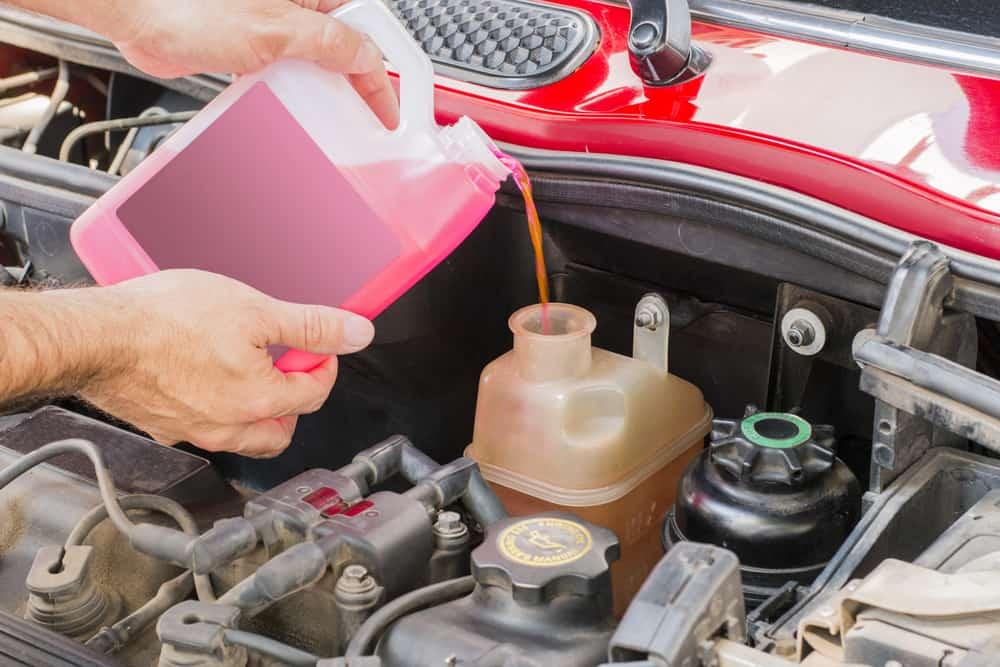 To summarize, the presence of two distinct hues in a coolant does not imply that it is already distinct. The same ingredient can be found on two different-colored coolants.

Coolants come in a variety of varieties, and you must be familiar with each. Mixing of the same type will not cause any issues.