The viscosity of the engine is the first consideration when selecting an oil. For a long-lasting engine with low mechanical friction, effective protection for its parts, and efficient fuel use, choosing the appropriate oil viscosity for your car is a wise decision to make.

Kinematic, dynamic, conditional, and particular engine oil viscosities exist. The most common method of selecting an oil is through the use of kinematic and dynamic viscosity indicators. You need to know the viscosity of engine oil in order to select the best lubricant.

Occasionally, drivers find themselves in a scenario where they need to add a different viscosity engine oil to their vehicle. So, the most frequently requested question is:

It’s possible to mix different viscosities of engine oil, but there are a few things to keep in mind. It doesn’t matter if the engine oil is synthetic, semi-synthetic, or mineral; it can all be blended. This will not produce any chemical reaction in the crankcase, foaming, or bubbling. However, this isn’t the case with all types of engine oil.

In some publications, there is clear proof in the safety standards of the feasibility of mixing different oil viscosities in such a way that it does not harm the engine.

This process should only be performed as a last option to answer the question of whether or not various oil viscosities can combine.

You are stranded in an area with no other choice than to add the same type and viscosity of oil to your vehicle, such as on a long road trip far from a petrol station or an auto repair.

In an emergency, the only oil option in the engine can be added. Further operation is contingent on the amount of oil in the engine compared to what was added.

5W30 and 5W40 are two of the most often used engine oils. Because their viscosities are so near, and because they are from the same brand and class, it is possible to use these two types of oils interchangeably and continue driving until the next change. Additionally, it is permitted to blend the dynamic viscosity values of 5W 40 and 10W 40.

To acquire an average value, you’ll need to take into account the proportions of each of the two compositions (in this case, you will get a certain composition with a conditional dynamic viscosity of 7. 5W 40, subject to mixing the same volumes).

Only the combination of mineral oil and entirely synthetic oil is not acceptable. Only if there is no other choice may you mix these oils, and if you do, change your engine oil as soon as you get at the local service station.”

A well-known brand and a variety of viscosities from the same manufacturer can be securely mixed, as long as both viscosities are similar in terms of both API and ACEA requirements.

However, you’ll need to keep an eye on the manufacturer’s tolerances. The manufacturer of some automobiles clearly says that the oil must meet the specified tolerance for their model. This mixture can’t be driven for long if the added oil doesn’t have such a tolerance. You need to get rid of it as soon as possible and fill it in with the correct oil.

When you’re out driving and realize you need to top off your oil, you pull over to the nearest dealership or auto repair shop. However, the oil it uses is different from what you have. In this situation, what should I do?

In a nutshell, it’s better than before. You’re using 5W 40 semi-synthetic motor oil, for example. If this is the case, 5W 30 is the best choice. However, in this case, you must follow the same rules as those outlined above. The qualities of different oils shouldn’t be too different from one another. If you don’t, you’ll need to replace the mixture as soon as possible with the correct oil for your engine’s needs.

What viscosity does a fully synthetic, semi-synthetic, and mineral engine oil has? 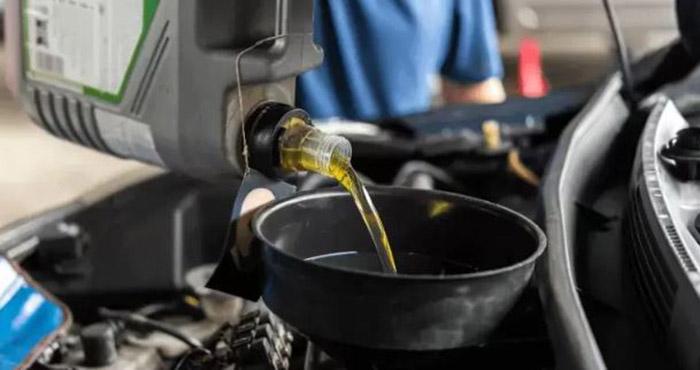 Engine oils made from synthetic or semi-synthetic materials are a different story. Nowadays, synthetic and semi-synthetic oils can also contain modern chemical additives that reduce oil viscosity. Oils like 5W 30, for example, are a popular viscosity rating. As a result, in addition to considering the viscosity, you should also consider the oil’s kind while making your selection.

There are a variety of oils that have the same viscosity but are classified differently by the manufacturers. As a result, when shopping for engine oil, it’s important to take the state of the engine into account as well as factors like the make and model of the car, the price of the oil, and so on.

Each of the SAE viscosity values has the same prefix. The protective film’s stability and endurance, on the other hand, will vary depending on the type of oil being protected.

In certain cases, mixing different oil viscosities is permitted, but in others, you’ll only be able to drive for a short time before needing a thorough oil change and a search for the cause of the engine’s high fuel consumption.