Even though we can’t recommend a muffler delete for your car because it could get you in trouble with the law, the fact is that muffler deletes are a very common and popular change to cars in the United States.

But what is a muffler delete, and when would you want one? Before getting into everything else you need to know, we answered these two questions.

What Is a Muffler Delete?

As the name suggests, a “muffler delete” is when the muffler is taken out of the exhaust system of your car. It’s not a hard concept to understand, and it’s not a hard idea to grasp.

The muffler is attached to the end of the exhaust system, and its only job is to reduce noise. A muffler delete can be done in more than one way. You can cut holes in the muffler, add pipes, or just go around it.

When Do You Want a Muffler Delete? 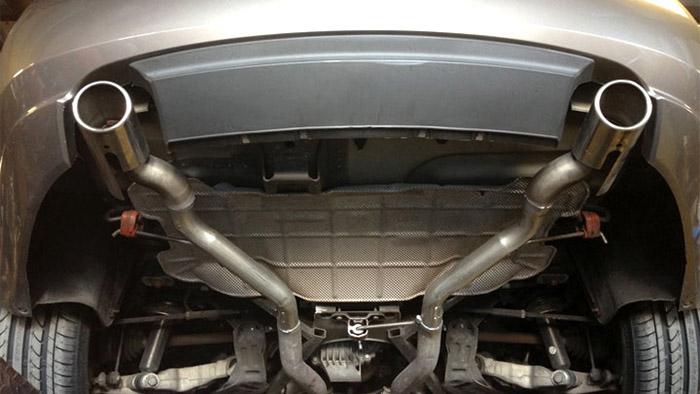 There are rumours that removing your muffler will give you more horsepower, but in reality, you won’t notice much of a difference. That’s because a muffler only makes a small amount of backpressure, which has almost no effect on performance.

But just because removing the muffler won’t make your car a performance monster doesn’t mean you shouldn’t do it. Most people choose to get rid of their mufflers because they want a louder car.

Some people like how a car sounds when it doesn’t have a muffler, while others just want a louder car. A muffler delete is the easiest way to do this, and it’s probably the only reason you’d want one.

No matter where you live in the United States, it is against the law to remove your muffler. Many people think that you can take off the muffler as long as you don’t break any noise laws, but that’s not true.

Even though mufflers don’t increase emissions, protect your engine, improve performance, or have any kind of effect on the environment, they are still required by law in every state.

Can You Pass an Inspection With a Muffler Delete?

If you live in a state where you have to pass a vehicle inspection every so often, the mechanic should not let you pass if you have a muffler delete. In fact, if an inspector sees a car shop passing cars with a muffler delete, the shop could be fined or lose the right to do state or county inspections.

So, if you take your car to the inspector and it fails because it doesn’t have a muffler, you shouldn’t get mad at them. They’re just doing their job.

How Much Does a Muffler Delete Cost?

Even though muffler deletes are against the law, that doesn’t mean you can’t find a mechanic to help you. As long as the mechanic isn’t checking your car, there’s nothing stopping them from removing the muffler and leaving you to deal with any legal consequences.

Keeping this in mind, you can usually find a shop that will do a muffler delete for $100 to $200. It’s not a very expensive job, which makes sense since all you’re doing is taking out a part. But even though that’s what you do most of the time, it’s not the whole job.

How Do You Complete a Muffler Delete? 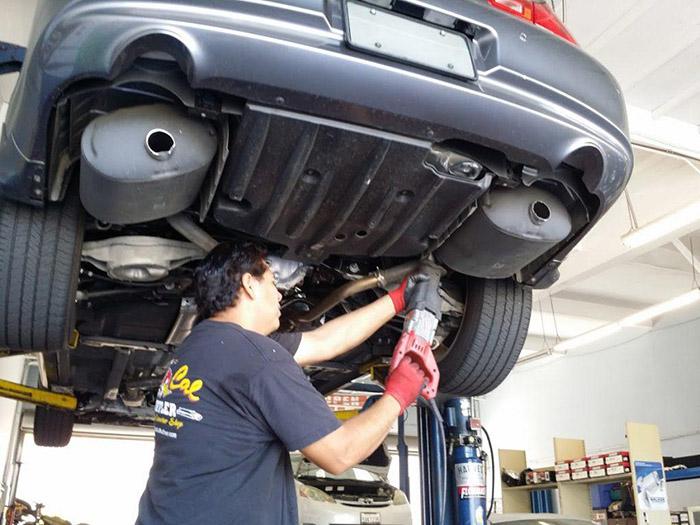 Even though a muffler delete isn’t hard to do, if you think that all you have to do is take off the muffler, you’re wrong. The next step is to install a delete pipe and an exhaust tip.

Usually, you weld these parts in place, but if you need to reattach the muffler to pass inspections, you should think of other ways to connect the delete pipe and exhaust tip.

If you don’t, you’ll have to grind off the welds and put them back on after the inspection. If you have to go through this every year, it can get boring and take a lot of time.

Even though muffler deletes are against the law in all 50 states, you can be sure they won’t go away any time soon. They are a great way to make your car louder, but it might make your neighbours mad.

They are also very popular on racetracks, where they are perfectly legal. If you want to get rid of the muffler on your car, make sure you know the laws in your area and try to keep the peace with your neighbours.