At least when it comes to the most popular tourist spots, Las Vegas is a pretty small city. Just over a mile separates the airport from the southern end of “The Strip.” This makes it easy and cheap to get around using public transportation.

If The Strip is your main reason for going to Vegas, you don’t even need a car. Traffic on The Strip is known to be bad, and it gets worse in the evening, so walking or taking the monorail is the best way to get around.

But if you don’t have a car in Vegas, you can’t take a lot of beautiful side trips. Vegas is more than just the hotels, casinos, and restaurants in and around the downtown area. There are many natural sites and attractions outside of the city that are worth a day or two on the road. 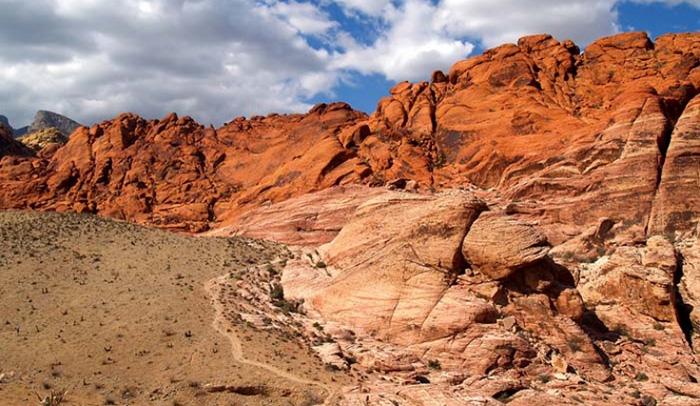 25 miles separate you from The Strip.

The Drive: To avoid the most traffic, go high or low through the city. Then, a beautiful drive west of the valley through the mountains.

The Red Rock Canyon National Conservation Area is the closest national or state park to the city of Las Vegas. It is just west of the city’s metropolitan area.

Red Rock is the best place to see the famous red rocks of the American Southwest. There is also a lot of history and hieroglyphs.

The Red Rock scenic drive is a small loop, but it is very pretty. From your car, you can see a lot.

The downside is that Red Rock is close to Las Vegas, and there are many buses that take tourists from Vegas to Red Rock. This means that Red Rock gets a lot of visitors, which can make it feel crowded all the time. But if you only have half a day and want to see the amazing scenery of Southern Nevada, this is the best place to go. 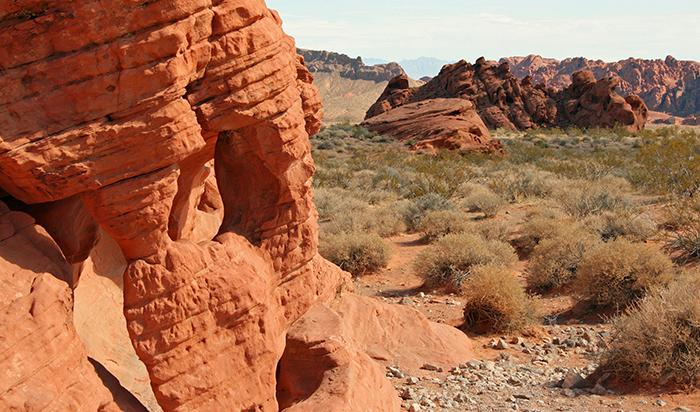 The Strip is 52 miles away, or 70 miles if you take the longer, more scenic route.

The drive: You can go up the interstate, which is pretty boring, or you can go through Lake Mead National Recreation Area, which is much more beautiful.

The gem of Southern Nevada is northeast of Las Vegas. Valley of Fire, the first state park, has most of what Red Rock has and even more.

The Fire Wave, which is its most famous feature, is a beautiful rock formation that requires a bit of hiking to reach. You won’t be able to see it from the road, but you will be able to see many other things.

Pack a picnic lunch and take the Fire Canyon Road exit. Most park visitors don’t, so you’ll have a great view of the park’s beautiful Silica Dome mostly to yourself.

Bonus: It’s crazy how much a little distance can change things. Even though some people who are going to Vegas stop by Valley of Fire, it’s never as busy as Red Rock. You will actually be able to find a place to park.

And unlike Red Rock, which can sometimes feel like a tourist attraction, Valley of Fire feels like a real piece of the southwestern desert. You can drive through more of it, and it’s easy to combine it with a trip to Lake Mead (see below). 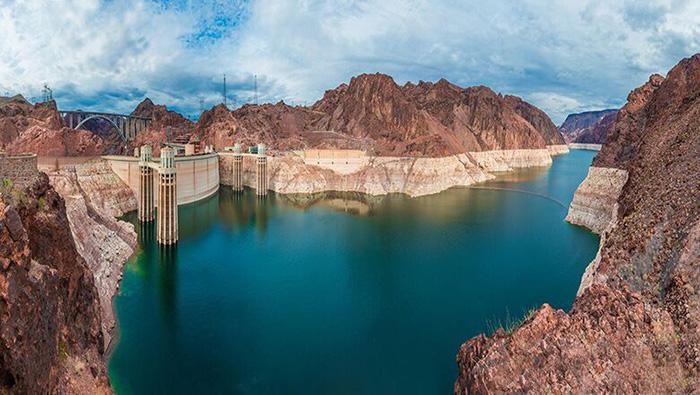 30 miles separate you from The Strip.

It takes 45 minutes to drive.

The drive takes you through the city, the nearby suburb of Henderson, and the cute town of Boulder City. As you get closer to Lake Mead, you can see sparkling views of the lake.

So, Lake Mead isn’t really a natural wonder. Made by people. But the Colorado River runs through it, and it looks natural, so we’re going to let it go.

Even though there are many outdoor activities to do around Lake Mead, like water sports, hiking, and mountain biking, you don’t have to do any of them. Just to look at Lake Mead is worth the drive.

Take the route through Henderson and Boulder City to get a great view of the lake. This route brings you in from just above the lake and gives you a wide view. If the sky is clear, you might want to stop for a moment.

This route also brings you closest to Hoover Dam, which isn’t a natural attraction but is right there, so you might as well stop by for a look or to drive over the dam.

Take the Boulder City-Henderson route back, and when you start to see the lake in your rearview mirror, pull over and look back. You’d be wrong to pass up that view. 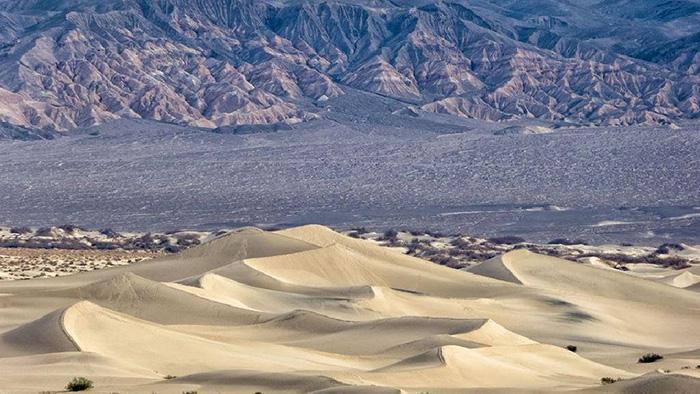 150 miles separate you from The Strip.

If you take NV-160 West, you’ll go through Pahrump, which is as close to a city as you’ll get.

Death Valley doesn’t have as much colour as Red Rock or Valley of Fire, but it does have some of the most interesting and varied landscapes you’re likely to see anywhere in the world. Sand dunes. Salt flats. Tatooine. Really, they made both “A New Hope” and “Return of the Jedi” here.

Many of the best parts of Death Valley are only accessible by short hikes, but there is still a lot to see from the road. Artists Drive and Twenty Mule Team Canyon are two of the most beautiful drives in the area.

A day trip from Las Vegas to Death Valley is long, but it can be done in the summer when the sun is out longer. Just wake up early and know what you want to see. It’s a large area. It can take a lot of time to go backwards.

If you stay until after dark, be careful on the way back. Between Death Valley and Las Vegas, there is a lot of wildlife, like wild horses, along the road. After dark, many things will run across the path of your headlights. 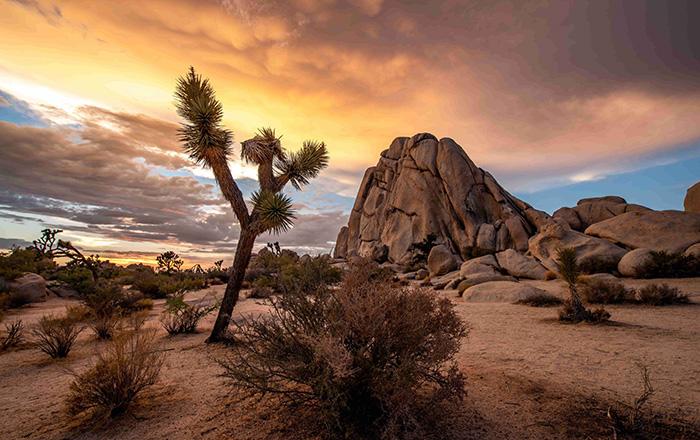 200 miles separate you from The Strip (to the west entrance)

The drive will take you south on I-15 and then right through Mojave National Preserve, which has beautiful desert scenery.

Even farther from Las Vegas, Joshua Tree is hard to see all in one day if you want to see everything. However, Vegas is a great place to start if you just want to see its most famous scenery (or just its namesake trees) and go on one or two short hikes.

When you drive into Joshua Tree through Mojave National Preserve, you will be closest to the park’s Park Boulevard Loop, which goes between the West and Twenty-Nine Palms entrances and takes you by a lot of interesting places.

Off the Park Boulevard loop, you can get to other places with short drives and not much walking. This makes Joshua Tree a great national park to visit by car.

Las Vegas isn’t usually thought of as a place to go for the outdoors, but when your plane lands or you look out at the mountains that surround the valley, it’s hard not to realise that you’re in a very special and unique place.

Even though there is a lot to do and see on The Strip, most of the real beauty of Vegas is outside the city limits, on the back roads and in the state and national parks that surround it. If you drive to Vegas or rent a car, there are some one-day road trips you’ll never forget.