With the Kwid, Renault has played a trump card. Since it came out, this cheap hatchback has been in such high demand that waiting times have broken some records. The new Kwid, on the other hand, only got one star in the most recent NCAP test.

In the last NCAP test, the Kwid got a shamefully bad score of zero stars. After that, Renault added a driver-side airbag and made some structural changes to the car to make it safer. Now, this updated Kwid that was sent in for safety testing only got one star.

NCAP said more about the Kwid’s crash test by saying that the basic version of the car got 0 stars for protecting adults and 2 stars for protecting children. Even though the top-of-the-line Kwid had an airbag and a seatbelt pretensioner for the driver, the chest still moved a lot in a crash. Watch the video from the last test- 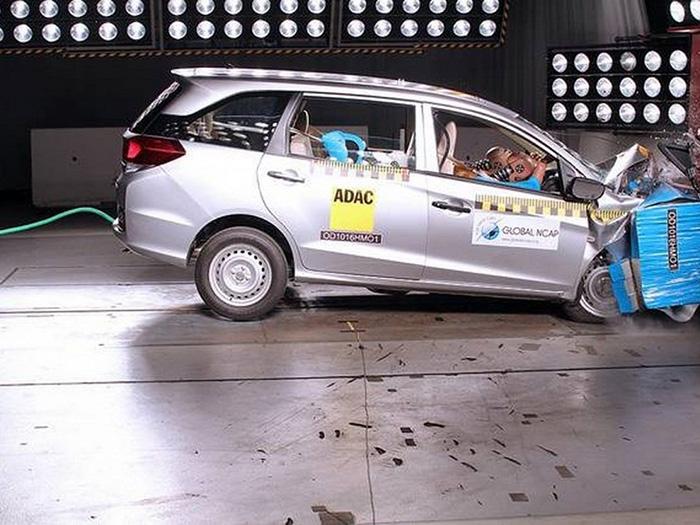 The Renault Kwid went to the NCAP safety test with another car, the Honda Mobilio. The Mobilio’s base model got 0 stars, while the version with two airbags got 3 stars.

David Ward, the Secretary General of Global NCAP, said, “Renault and Honda make safe cars in other markets, and they know how to make all of their Indian cars much safer.” We want them to start doing that right away.”

He also said, “Renault hasn’t made much progress. Their one-star car should be the standard, not an option.” Honda has also shown that its car can get three stars with just two airbags. These safety systems shouldn’t be optional.”

In response to the latest NCAP results, Renault said, “The Renault Kwid meets all Indian laws.” Groupe Renault pays special attention to the safety of its customers with all of its models around the world and makes improvements to its cars over the course of their lives.

“Renault is trying to make its cars as safe as possible. On May 9, a Kwid was released in India after GNCAP crash tests, and better safety results are expected,” the company said.