Most automobile owners are aware of the importance of their battery, especially when it comes to getting the vehicle started. – The battery wires, on the other hand, are largely unknown. Cables that connect the battery to your car’s electronic systems are an important part of the vehicle’s electric system.

To handle large current loads, most batteries use heavy-duty, insulated conductors. Failure of these devices can cause a wide range of problems despite their simple design.

The negative cable is initially detached when servicing the battery. To avoid short circuits and damage to the wiring, this step is critical.

What is the role of a negative battery cable? 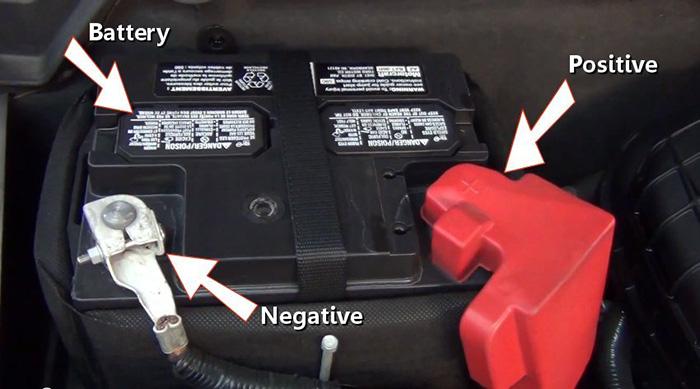 Corrosion on the negative terminal is a common sign of a defective negative cable on a car battery. The acidic vapor produced when the battery is heated to extremely high temperatures is to blame. Corrosion on the negative terminal will build up over time, making it difficult for electricity to flow. As a result, the surface resistance will be enhanced. Occasionally the vapor will penetrate into the negative cable and erode it from the inside out. The cable should be replaced when it shows signs of slowing down.

The battery wires must be linked to the vehicle’s frame and the car starter in order for the vehicle to start. There is an exception to this rule if the negative battery cable fails. As a result, the car won’t start, and the battery might be fine. Rather, your car’s metal frame is not receiving a strong electrical connection from the negative battery line, which is typically black in color.

You may have a failed negative cable if your battery’s voltage is too low. To transfer electricity from the alternator to the battery, a strong connection is needed. This is only feasible if you use high-quality wires. The inadequate or loose connections to the negative battery terminal mean that if your negative battery is defective or failed, current will not reach the battery.

4. The battery cable is damaged

A frayed or damaged cable is a telltale sign of a faulty one. Don’t forget to keep an eye on your battery wires and, if necessary, replace any that are broken. Repairing them is an option, but replacing them is more cost effective and will last longer. Good battery cables have no rust or nicks, and they are smooth.

There may be nothing wrong with the car’s battery if it won’t accept any charge. The battery won’t charge if it doesn’t have a good ground. It is possible, however, for the battery to be dead due to a malfunctioning alternator or a frayed or damaged negative cable. Nevertheless, if the two components are in fine working order and you’re still having issues, the ground strap is most likely to blame.

Your car’s headlights may be dim because of a worn-out negative cable from the battery, so check that. Make sure to check the cable if you run across this problem.

How to properly disconnect the negative cable from the battery 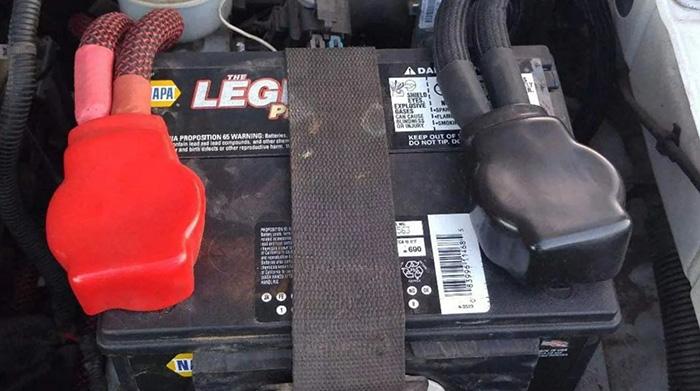 How to connect the negative cable to the car’s battery

Reconnect the negative cable to the battery after performing the intended mechanical work in the vehicle.

What happens if the negative battery cable is loose?

The battery terminals can be melted if the cables become too hot.

Can a bad battery cable cause a car to stall?

It’s true that a malfunctioning cable might cause your vehicle to become unusable.

How do you test negative battery cables?

Connect the cord to the negative terminal of the battery and the multimeter. If it’s still in good shape, the reading should be less than or equal to 0. 3.

Why is the negative battery cable hot?

While it’s carrying a lot of power to start the automobile, the cable is getting heated since the connection isn’t tight.

How do you tighten negative battery cables?

You should use a wrench to tighten the bolts for a suitable tightening. This procedure is simple enough that you can perform it on your own.

How much does it cost to replace bad battery cables?

Battery cable prices range from $187 to $193. However, if you’re going to a specialized workshop, you’ll have to pay additional labor fees.

As soon as you determine that your negative cable is faulty, you should replace it. As a general rule, I would not suggest you to replace the battery wires unless you have a great deal of expertise in other subjects.

The replacement should be handled by a professional. This will help you get the most out of your vehicle and avoid any problems down the line.