The new X5 SUV from BMW has been shown to the public. The BMW X5 is one of their most popular cars, and it was also the first SUV they made. The X5 has changed in a beautiful way over the years, and this latest update is just a few tweaks to the old model. (The 2019 BMW Z4 Concept has been shown)

The BMW X5 has a similar shape to other cars in the X line, so it’s easy to spot. But the designers have added muscular lines, especially on the hood, to make it look more manly. The front grille has been made bigger to give the car a more powerful look (same is done with new 7-Series). The car is now 4299mm long, which is 36mm longer than it was before. Also, it’s 66mm wider and 19mm taller than the model it replaces. Even the length of the wheelbase has grown by 42mm, to 2965mm. 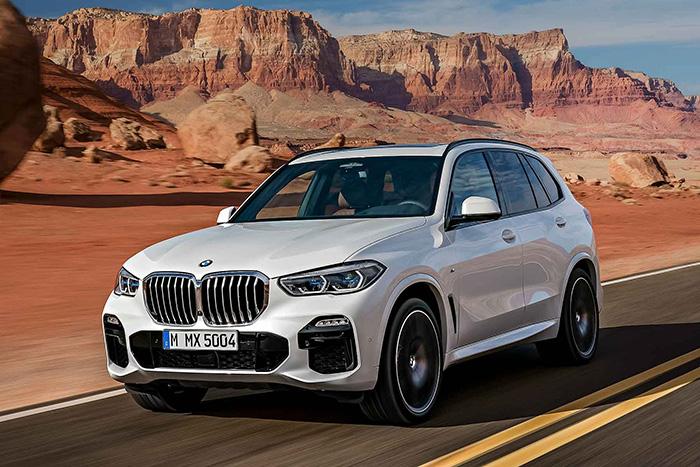 The biggest change in this 4th generation X5 is that it now has the same technology as the latest BMWs, like the 7 series and the 5 series. New laser headlights for the BMW X5 have a beam range of more than 500 metres (all led headlights achieves around 300-metre beam throw). The package for helping the driver is also changed. Some of the optional add-ons are Lane keeping assist, Traffic Jam assist, steering assist, auto speed limiter, lane keeping, and parking assist. Also, there is something called Emergency Stop Assist that automatically brakes and steers the car in an emergency.

People often say that BMW’s newer models have the same interiors as older ones. But the new X5s have completely new interiors. A fully digital display has been put in place of the old analogue driver display cluster. Similar to Audi’s digital cockpit, BMW calls it the Live Cockpit Professional display. Since it came out, the iDrive unit has been easy to use, but now it also has touch control. Wilkins Diamond is the company that made the sound system. And the leather-wrapped seat has massage and ventilation features that can be turned on or off.

The BMW X5 comes with a very advanced off-road package that includes an all-wheel drive drivetrain, an air suspension for comfort and adaptability, an electronic differential lock, and off-road modes like sand, rock, gravel, and snow.

We expect to see the X5 xDrive30d and xDrive30i models first when they come out in India. Some of the features could also be taken away or made optional to keep the price low. Expect the price to be around Rs 80 lakhs (ex-showroom), which will put it in competition with the Audi Q7, Volvo XC90, Mercedes GLE/GLS, and Land Rover Discovery.

Is It Illegal To Sleep In Your Car In Minnesota
What Happens When a Car Sits For 2 Years?
Dipstick Engine Oil Color Chart
What Is A MAF Sensor Problem?