The next most anticipated hatchback after the new Maruti Suzuki Dzire is the all-new Swift. The 2018 Maruti Suzuki Swift will be on display at the Auto Expo in February, but it has already been caught on camera in India. Since these photos were taken in Mumbai while Swift’s TV commercial was being filmed, she wasn’t wearing any camouflage. The alloy wheels on the cars that were seen were different in shape and size. India will get a brand-new Maruti Suzuki Swift in the beginning of 2018. We know what to expect from the new Swift because we’ve seen the new Dzire.

The new Swift is completely different from the old one. It has a new frame, new interiors, and a new look on the outside. But the engine choices are likely to stay the same. There are two types of engines: a 1.2-liter, four-cylinder gasoline engine and a 1.3-liter, four-cylinder diesel engine. The gasoline engine makes 84PS of power and 115Nm of torque. The diesel engine, on the other hand, makes 75PS of power and 190Nm of torque. Both engines can be bought with a 5-speed manual transmission. We can expect automatic transmission to be added to the drivetrain, which is one change we can expect. 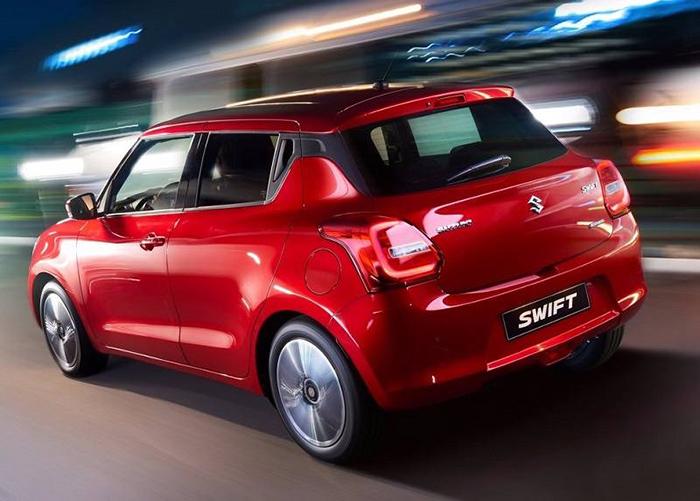 Since the new Maruti Suzuki Dzire was full of tech, we can assume that the new Swift will be the same. The new Swift will have LED headlights with daytime running lights, standard ABS and dual airbags, and a touchscreen infotainment unit with Apple CarPlay and Android Auto.

Why Does The Weight Of A Car Battery Matter
How Long Does Fix-A-Flat Last
Where Are Mini Cooper Factory?
Which Engine Component Stores Oil For Lubrication