Porsche is one of the few car companies that has stuck to making sports cars. Its Track weapon 911 GT3 just got a new look because people say it’s the fastest 911 and it had to prove it. The old Nurburgring lap record for a 911 GT3 was broken by 12.3 seconds by this new one.

It had a lap time of 7 minutes and 12.7 seconds, which was very fast. This car has a 4.0-liter flat-six engine that is naturally aspirated and makes 500PS of power and 460Nm of torque. Porsche says that this is basically a racecar engine in a road car. It has a rear axle steering system that helps the front wheels turn and makes it easy to drive with precision. The car comes with Michelin Pilot Sport Cup N1 tyres, which are the same ones that were used to set this Nurburgring laptime. 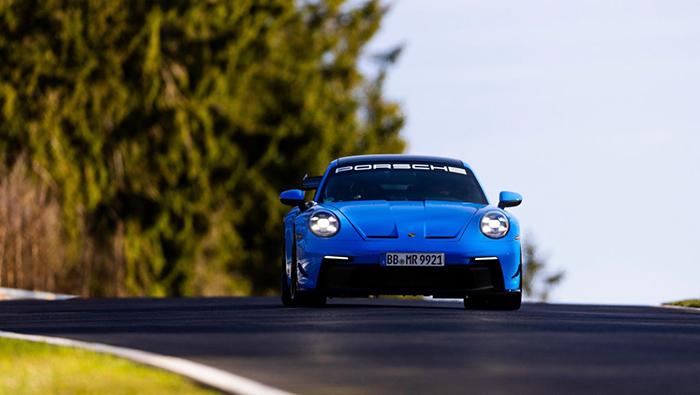 “By getting this time, we have proven beyond a doubt that the new 911 GT3 is not only the best car to drive, but that it can also do impressive things on the Nordschleife. “The focus was on making the car drive better and adjusting to the slight increase in engine power,” said Frank-Steffen Walliser, vice president of Motorsport and GT cars at Porsche. “A few years ago, lap times like this could only be done by thoroughbred racing cars with slick tyres,” said Andreas Preuninger, director of the GT Product Line. “The new GT3 can now do this with a relatively small amount of power, but it can still be used every day.”

Car Wont Move In Any Gear Automatic Transmission
Best Cam For 350 With Vortec Heads
When Should I Use 10w50 And When 10w40?
How Long Does A Transmission Flush Take