In North Carolina, can you get pulled over for tint?

North Carolina has laws about window tinting that drivers must know and follow.

Because not every state has the same laws, both new and long-time residents may not know what they can and cannot do.

North Carolina has a few other laws that drivers should be aware of besides the standard tint percentage laws. 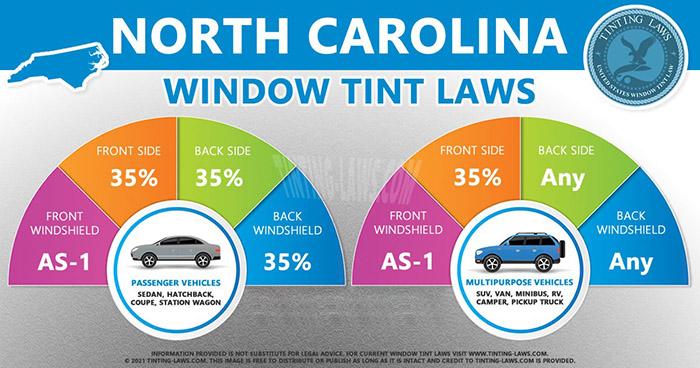 In North Carolina, the laws about window tinting are very clear, and they are different for sedans and SUVs/vans.

Here are the limits on how dark a sedan’s tint can be.

In North Carolina, only tint that doesn’t reflect light can be used on the front windshield.

The tint must be above the AS-1 line, or within the top five inches of the windshield.

North Carolina law says that the front side windows must let in more than 35% of the light, or have a Visible Light Transmission (VLT) of more than 35%.

The side windows of sedans’ back seats must also let in more than 35% of the light with a VLT of 35%.

North Carolina has the same rule for back windows, which must have a VLT of more than 35%. 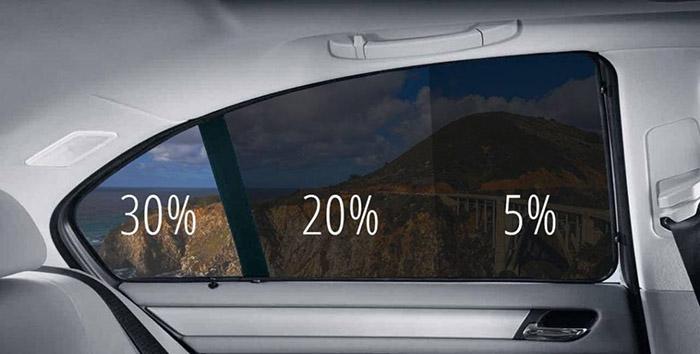 When it comes to window tinting, North Carolina has different rules for SUVs, vans, and sedans.

Even though these rules aren’t as strict as those about car tinting, it’s still important to know and follow them.

SUVs and vans in North Carolina must have a tint on the front windshield that doesn’t make it reflect light.

This tint must be above the manufacturer’s AS-1 line, or in the top five inches of the windshield.

Both SUVs and vans must have side windows on the front seats that let in more than 35% of the light.

The state of North Carolina lets SUV and van back seat windows be tinted to any level.

SUVs and vans can also have back windows of any darkness level.

North Carolina has laws about window tinting for residents that are different from the ones about VLT.

Tinted windows can have colours in the film, but state law says that drivers can’t use red, yellow, or amber.

If your car’s back window is tinted, you also need to have two side mirrors.

North Carolina is different from other states in that it does not require manufacturers to get their films certified before selling them in the state.

Also, drivers with legally tinted windows don’t need a sticker to show that their windows are tinted.

North Carolina lets VLT vary by up to 3 percent.

People who are photosensitive to light can get out of North Carolina’s window tinting laws.

These people might need darker window tints, which they can get by getting a medical exemption permit.

The NC DMV’s Medical Review Program is how you can get a medical exemption permit, which is good for up to five years.

They must always stay in the driver’s car, which must also have a medical exception sticker in the lower left corner of the back window.

In North Carolina, there are exceptions to the laws about tinting that are not related to health.

The following cars don’t have to follow NC tinting laws:

Passenger vehicles for the Excursion

How to move vehicles safely (rear window only)

Here you can find state records that describe these vehicles.

How is Tint Darkness Measured in North Carolina?

In North Carolina, the amount of visible light that can pass through a window is called the Visible Light Transmission (VLT) percentage.

This number shows how much visible light can get through a window that has been tinted.

Each state has its own laws, rules, and regulations about VLT in car windows that have been tinted.

How Reflective Can Tint be in North Carolina?

Some tinting films have metallic parts that make them look like mirrors.

The purpose of this reflective part is to reflect sunlight away from the driver, which can help reduce both glare and heat.

In North Carolina, a car can have no more than 20 percent of its parts that are reflective.

Even though tinting your car’s windows can help with things like reducing glare and heat, tinting laws are needed for the safety of everyone.

Too dark of a tint on the windows can make it hard for drivers to see, which can lead to accidents and other dangerous situations.

Also, dark windows make it hard for police to see clearly during routine and high-risk traffic stops and other situations where they need to see clearly.

Even within the same state, different counties can have different ideas about what the law means.

If you have more questions about tinting the windows of your car, you should talk to your local DMV or police department.

It’s better to know the rules than to break them, so take the time to find out what the rules are in your area.