The marketing departments of motorcycle companies have come up with a new mistaken idea. The engines are called “Oil Cooled.” When you turn on an engine, it’s just a big block of metal in which a lot of explosions start to happen. So, cooling the engine is very important because it keeps the parts inside from getting damaged for good.

Liquid-cooled engines are cooled using a liquid. Duh! Oil happens to be a liquid. Then oil cooled equals liquid-cooled. Right?

Wrong. Motorcycles that are cooled by oil are pretty cool, but calling them that is a bit misleading.

What Is Oil Cooled? 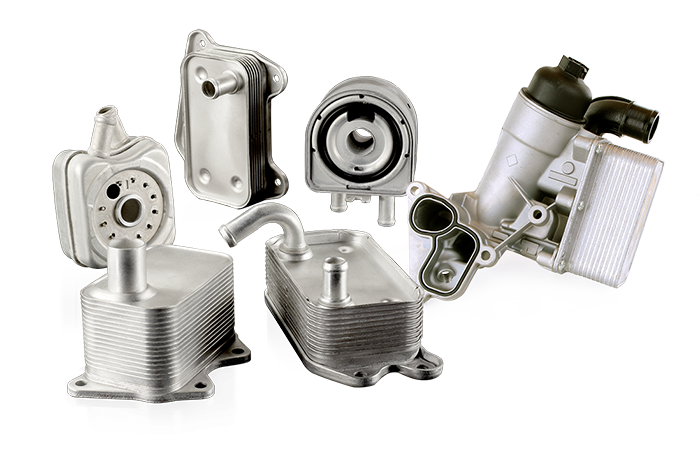 The engine oil in an oil-cooled engine flows through the cooling fins, which are then cooled by the flow of air as you ride into the wind.

If you didn’t know, engine oil does more than just clean the metal dirt and keep the parts in the engine block from getting too hot. The clutch pack’s heat also goes through the motor oil, which helps cool the clutch by spreading the heat over a larger area.

When the bike has to half-clutch a lot, oil cooling is especially helpful.

When you slip the clutch, a lot of heat is made, which is bad for the clutch assembly, especially the expensive friction plates. The classic fins around the cylinder block help keep it cool.

Since these engines are mostly air-cooled, they are easier to work on. If something goes wrong, you can fix it yourself without risking damage that will last forever. They also don’t have to trade the cooling fins around the cylinder block for an oil radiator.

What Is A Liquid-Cooled Engine? 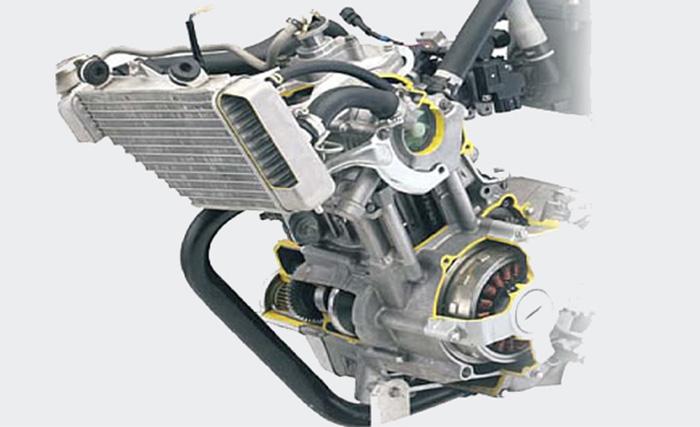 These don’t have cooling fins. Instead, they have a jacket of coolant. It goes all the way around the engine, including the gearbox and the cover for the clutch. It does the job of cooling as a pump moves coolant through a zigzag pipe called the radiator, which is hidden behind sharp fins. A fan is also there to help cool the coolant if the speed isn’t enough.

Fins don’t do any good on a liquid-cooled engine, so you won’t find them. The water jacket is enough to keep the engine’s temperature at the right level for running.

A liquid-cooled engine can run for longer and at a higher compression rate because it can handle heat better (higher compression means more powerfulfiring in the engine which translates to more heat). The heat is kept under control with liquid cooling.

Until something goes wrong, that is. If your pump, fan, or coolant is leaking, you should call roadside assistance. If the coolant level is low, you could easily fix it by adding water to the mix. The coolant already has a lot of water that has been distilled in it.

Motul coolant helps me keep my track motorcycles from getting too hot. Motul coolant is already mixed with water, so you don’t have to figure out the right ratio of water to coolant. Here is where you can look at it.

The term “oil-cooled” could be a marketing trick because it doesn’t accurately describe how it works. “Oil is cooled” would be a better way to describe this feature. In this case, Bajaj stands out because they were the first to market Pulsar as “oil-cooled.”

What About Triumph Bonnevilles?

They are different. The classic Triumphs that are part of the Bonneville family have fins around the cylinder and a radiator. The idea behind this is to give them an old-fashioned look without giving up modern technology and features. The trick is to keep its old-fashioned look while putting the tech out in the open.