Without antifreeze, it is impossible to keep the engine from overheating or freezing.

Temperature control in your car’s engine relies on the use of this automotive fluid. So, it is critical that the Antifreeze used is of the proper type.

Which sort of coolant should be used and what’s the difference between the orange antifreeze and green antifreeze?

There isn’t any distinction between the two, so the question is a non-starter. Both orange and antifreeze have the same goal: to prevent the engine from overheating or cooling down too much.

Additionally, they serve as a safety net for the cooling system. 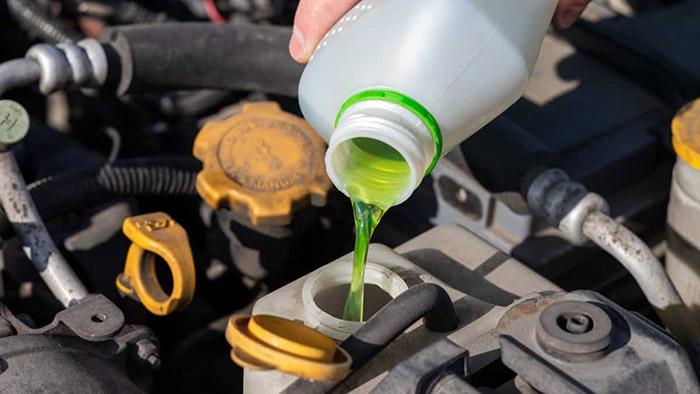 In fact, the two coolants serve the same function. However, there are some differences in the components and technology used.

Below, we’ll go over the differences in greater detail.

Silicates and phosphates are the two main constituents of green coolants. Corrosion can be prevented with the use of these materials.

As phosphate is very reactive with minerals in hard water, it eventually causes scale formation. This is the main concern.

Coolant works best when mixed with water in a ratio of 1:10 or less. In order to avoid the creation of scales in your cooling system, it is best to avoid using hard water.

It is also more effective in protecting the engine from over-cooling or freezing than the stock radiator.

The orange coolant contains carboxylates, which successfully thwarts corrosion. These carboxylates are only effective on metals that need to be protected.

When phosphates and silicates in green-colored coolants cover the entire cooling system, this is opposite to what is expected to happen.

Modern engines benefit greatly from the use of carboxylates.

When the temperature rises, it acts as a shield for metal. In addition to being efficient in transferring heat, it also extends the life of the device.

The difference between a green coolant and orange antifreeze can be attributed to technological advancements.

Only the technology can tell you what kind of components the liquid in your radiator has.

A green coolant makes use of inorganic addictive technology to achieve its effects.. This is a relatively old method of doing things.

This technology is used by coolant manufacturers to create green antifreeze for older model autos (the ones that were manufactured before 2000).

Copper and steel are the most common metals used in radiators in most vehicles on the road today. Carbon does not exist in the chemical composition of inorganic substances.

Anti-corrosion additives can be found in several sorts of engine coolants. For approximately two to three years, they can last. The coolant needs to be cleaned or replaced after this period of time.

Because organic substances contain carbon, this includes chemicals that carry carbon. Cars with modern engines will benefit greatly from this new technology.

In the cooling system of modern cars, steel and copper have been replaced with nylon and aluminum.

These additions to orange antifreeze help the engine cool while while preventing corrosion.

Is It Ok To Mix Two Types Of Antifreeze Or Coolants? 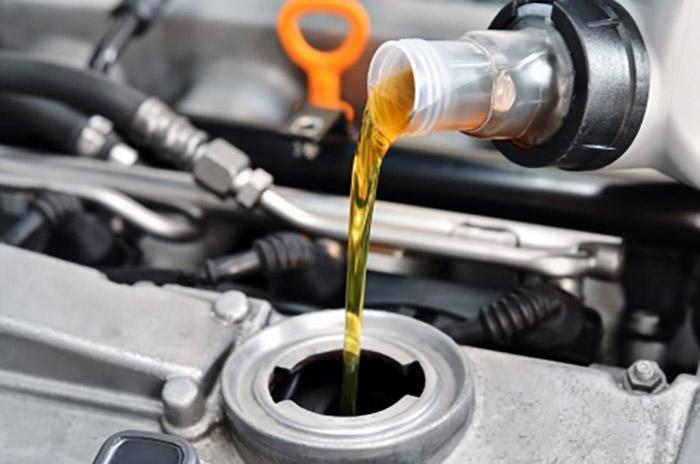 Simply put, the answer to your query is no.

Because of the chemical reaction that occurs when the orange and green antifreezes are put together, the final result is a gel-like fluid that becomes more viscous.

In contrast, liquid, not gel, is required for your engine. Cycling will not be possible because of the gel.

It is possible to overheat components if sufficient cooling is not provided.

For How Long Does An Antifreeze Last? And How Will You Know If It Is Time To Change It?

Your engine will suffer greatly if it doesn’t have the necessary coolant, but the good news is that the antifreeze lasts for quite some time.

Keep An Eye On The Color

The ideal time to keep an eye on this is during an oil change.

When something appears rusty, it’s a sure sign that the part preventing it is no longer working. Cleaning the system or adding new coolant is a good idea at this point.

If the coolant has a milky appearance, there is oil present. This indicates that there has been some sort of leakage.

An indicator that your engine is in need of lubrication or that its coolant has gotten faulty and isn’t performing properly is what you’re seeing here.

Look For The Texture

You can tell if it’s sandy and unclean by rubbing a little coolant between your fingers. Indicating that the system’s antifreeze needs to be cleaned and replaced.

Is it possible to use water instead of antifreeze or cooling fluid?

Q 1. Can Water Replace An Antifreeze Or Coolant?

In spite of its rapid heat transfer rate, water has a lower boiling point than other coolants, which explains why it evaporates more quickly.

Let’s dispel this myth, shall we? Antifreeze and coolant are interchangeable.

Q 3. How Should One Drain The Used Antifreeze/Coolant?

Keeping this in mind is critical when it comes to coolants. It should never be thrown away in the trash or flushed down the toilet.

Propylene glycol and ethylene glycol, for example, are hazardous because they contain lead from the engine.

To avoid polluting the ecosystem, don’t just drain it like that. You can drop it off at your local recycling facility.

Green and orange antifreeze may look different, yet both are effective coolants for engines.

A dangerous and even disastrous adventure would be mixing the two coolants. As a result, you should avoid doing such an experiment at any costs.

When this mixture is added to the coolant, it will become a thick, gel-like substance that will obstruct its smooth operation. Overheating will be the final outcome of this.

Ford F750 Weight and Dimensions
How Long Does A Car Wash Take
Types Of Straight Trucks
How Would Garaging Your Car Make It Last Longer?