Differences Between A Piston Slap Vs Rod Knock Updated 02/2023

The sounds your automobile makes can be both amusing and terrifying at times, and you may be left wondering what’s causing them. They can cause some discomfort and even worry at times.

Rattling or knocking noises are among the most typical sounds you may hear. Even with the familiarity of these noises, identifying and recognizing the problem can be a difficult task.

A rod knock or a piston slap could be the source of some of these noises.

What are the most common differences between a piston slap vs. rod knock?

Observe the noise as it accelerates to identify the issue. The presence of rod bangs is frequently associated with a low level of engine pressure. If you hear a rattling sound and low oil pressure, you know you have a rod knock.

If the rattling sound is not accompanied by low oil pressure, it could be a piston slap. Furthermore, when the engine heats up, the sound of the rod nocks tends to get louder. Piston slaps, on the other hand, tend to become quieter as the engine heats up.

Differences between a piston slap and a rod knock 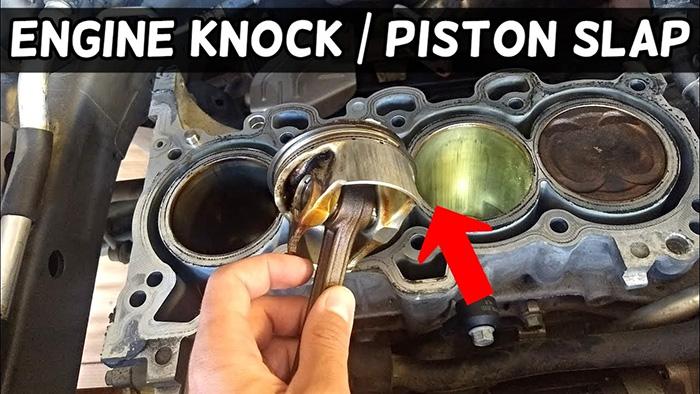 The difference between a piston slap and a rod knock is difficult to discern. Let’s get down to the nitty-gritty of what each is and what it means to fully comprehend each.

What is a piston slap?

Engine pistons frequently fit tightly in the cylinder, meaning that the cylinder walls and pistons would have little clearance. Pistons benefit from this snug fit because they require some side-to-side mobility.

Air and gasoline cannot escape because of the minuscule area between them. Friction and heat can wear down the cylinder wall and piston over time.

As a result, a knocking and rattling sound is produced. During an overrun or while the engine is idling and the RPM drops, this noise is more typical.

Some engines are impervious to piston slap, however. The most vulnerable parts are cylinder blocks and aluminum pistons. To keep the engine running at a proper temperature, aluminum acts as a good conductor of heat, transporting heat to the coolant. Aluminum engines are the most susceptible to engine slaps because of this.

Piston slaps are known for slamming the engine like a sledgehammer. Reduced fuel economy and performance are some possible signs.

What is a rod knock?

As the crankshaft moves in the opposite direction, the rods scrape against it. A bearing separates the connecting rod from the crankshaft.

All bearings used to surface the crank journal have gap tolerances that are left unchecked during engine construction. Allowing oil to accumulate on the bearing’s surface is made easier by the gap.

As the bearings wear, the space between the two surfaces grows, creating a barrier. The rod knock is caused by the enlargement of the aperture because the oil cannot form a barrier.

Also, the sound of a rod knock is louder and deeper than a piston slap, resembling the sound of heavy metal smashing together. Piston slapping, on the other hand, is shallower.

Does a piston slap sound like a rod knock? 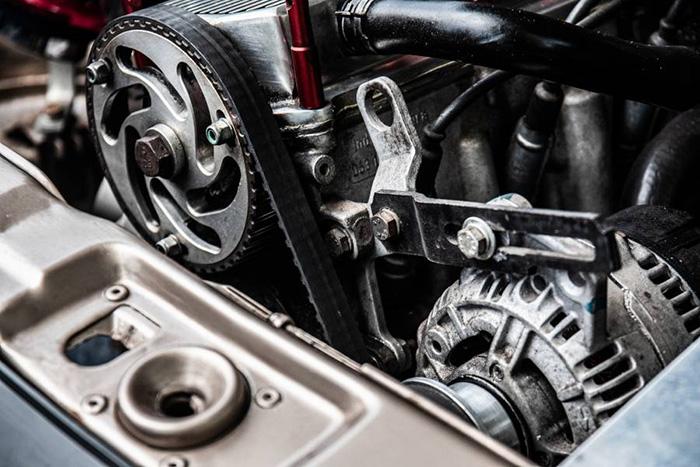 In fact, the sound of piston slap is more distinct from that of a rod knock. Piston slaps tend to have a harsher tone than rod knocks, but that doesn’t mean they’re necessarily better.

When the engine is hot, the piston expands less and makes a quieter sound, but when it’s cold, the piston makes a louder sound.

It will sound like two big pieces of metal slamming together when the engine heats up and the rod noise increases. When this happens, it’s usually because the engine’s heat causes the large end of the rod to keep hitting against the crank.

How can you tell the rod knock sound from the piston slap one?

This is how you’ll be able to figure out what’s going on. When the engine is cold, piston slap is more common, but as the engine warms up, it goes away. When the piston rocks back and forth in the cylinder, this occurs.

In the absence of piston rocks, the only movement is back and forth between the rocks. There is greater area for the piston in the cylinder as a result of this piston banging, which results in a slap sound.

As the engine heats up, the slapping sounds will lessen and eventually be replaced with a rod noise.

Can you drive a car with a piston slap?

The engine will not be damaged if you drive with a piston slap. The sound, on the other hand, is obnoxious and has the potential to impair driving safety.

While idling, or even when the engine is cold-started, you may hear a rattling sound from the pistons. A piston slap can be tolerated for a few miles as long as you don’t observe any evidence of oil burning.

Can you drive a car with a rod knock?

Driving your car with a rod knock is possible, but you are operating on borrowed time. The rod can break at any time if your car has given you a warning through rod knocking. In other words, your engine rod bearings will stop working in less than six months.

Stopping the piston slap with oil is a waste of time and resources. In the event of a piston slapping noise, it’s likely due to worn or torn rings, causing the piston to slam into the cylinder. As a result, it will no longer be able to rise and fall as it normally would.

Is piston slap normal when cold?

Do not expect to hear the sound of an engine engine at any time, whether it’s chilly or warm. A piston slap in your car signifies the piston rings have worn out and the piston is now too tight for the cylinder to turn freely. The piston will begin slapping as a result of its proper fit in the cylinder.

How much does it cost to fix a piston slap?

Seeing other signs like smoke or burned oil coming from the exhaust may prompt you to address piston slap, even if it isn’t an urgent cause for alarm.

If rebuilding your engine is your only alternative, how much will it cost to correct the piston slap?

Because of this, it will cost you more than $1200 to fix the slapped piston. According to model and mechanic, the price of the repair will be different.

How much does it cost to fix a rod knock?

Rod knock repair might set you back over $2,000. Costs will vary, however, according to the extent of the damage (you may need to purchase additional parts), labor, and the model of the vehicle.

Your car is likely to make noises like piston slaps and rod knocks. However, it might be difficult to pinpoint the true cause of these sounds when they appear.

You’ll need to pay close attention to the sounds as they occur if you want to tell them apart. In general, a rod knock will increase as the engine temperature increases, but a piston slap will increase when the engine is cold. Because rod knocks are typically accompanied by low oil pressure and make a louder sound, it is important to keep an eye out for these symptoms.