Prius, Toyota’s renowned hybrid model, is now in its second generation. With its unquestionable durability, futuristic look, and environmentally friendly fuel use, it has become extremely popular as both an economy car and a vehicle for going green.. The focus has shifted away from hybrids and toward electric vehicles in recent years.

However, in order for electric vehicles to completely take over, improvements must be made to their restricted range and high production costs. Hybrid vehicles are still favored by many drivers despite their higher initial costs and higher ongoing operating expenses.

In 2012, the Prius C debuted in the United States and swept the country. Upon its introduction, it quickly became one of Toyota’s best-selling models and remained so until its retirement in 2019. If you’re looking to buy a pre-owned vehicle, it’s a good idea to know the variations between trim levels. Toyota’s Prius C is available in four different trim levels. It’s a one-two-three-four scenario.

If you’re looking for a way to show how the trim level changes over time, the name scheme is an excellent choice. Let’s compare the four and see which one is the greatest fit for your needs. 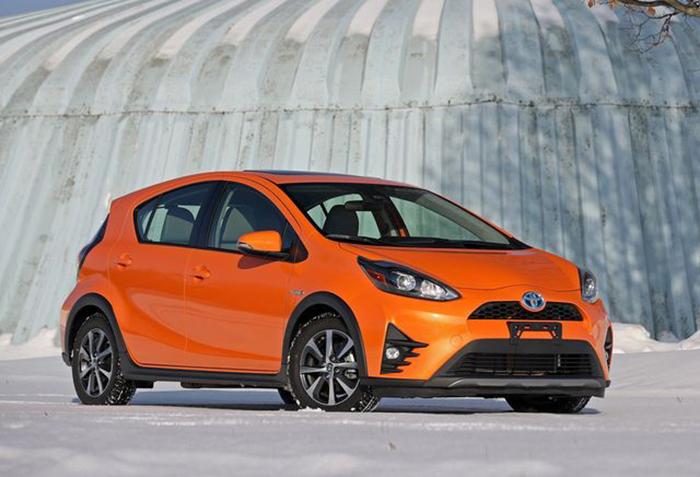 The Toyota Prius C is a five-door, five-seat subcompact hatchback with full hybrid capacity that’s about the size of a Yaris. The C in the model’s name refers to the city, where the car’s exceptional fuel efficiency and modest proportions make it particularly well-suited. Throughout its production, it was priced below the standards Prius, in line with economy car standards.

The continuously variable automatic transmission, or CVT, in the Prius C delivers 74 horsepower from the car’s 1.5-liter inline-4 gasoline engine. On city streets, it’s a joy to drive, but on the open road, it’s a bit of a disappointment. It is impossible to expect more from a car that can get 48 miles per gallon in the city.

The Prius C’s interior is surprisingly roomy, even for a vehicle of its size. It can accommodate up to four adults and their luggage. We don’t recommend taking the Prius C on long excursions because of the uncomfortable interior and the hard ride. There is a noticeable amount of wind noise while the vehicle is traveling at high speeds due to the use of budget-friendly materials.

Some of the most recent models may still be covered under warranty for the next three years or 36, 000 miles after the discontinuation in 2019. The Prius C One starts at around $20,000 and goes up to $25,000, depending on the trim level. The Prius C Four is the most expensive.

This is the entry-level model of the Prius C lineup; it comes in at the lowest pricing point, but it also has the fewest available features. Metallic paint was made an option for owners, who may choose from ten exterior and three inside hues. In light of the vehicle’s class and trim level, the exterior options are quite considerable. Keyless entry, power mirrors, LED lighting and a rear camera are all included in one model.

If you’re looking for an easy voyage, you’ll find plenty of amenities in the cabin. The music and air conditioning controls are built into the steering wheel, and all of the windows are power-operated. Your phone can be plugged into a USB port on the central touchscreen infotainment unit. Other optional features were auto-dimming rearview mirror, cruise control, interior organizers, and carpets.

Standard safety features include a wide range of measures, including: 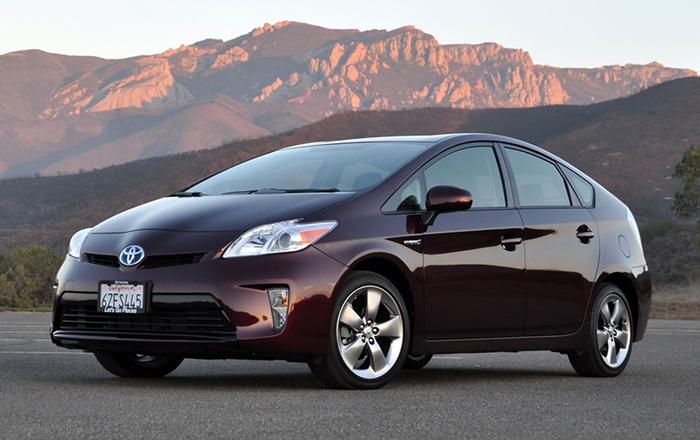 In comparison to the One, the Two appears to have nothing new to offer. Trims with minor changes to the main model are often added by manufacturers as a marketing ploy. The next owner will get a better trim level instead of a basic model with a few optional options.

Prius C was rarely built to order, therefore it’s safe to assume that every base model was given the designation One, while those with optional upgrades but not satisfying other criteria were given the designation Two.. To get the most out of your Prius C Two, search for models with cruise control, power moonroof, 16-inch alloy wheels, or luxury cloth seats.

At number three, you’ll receive the greatest bang for your buck. With the addition of Sirius XM radio and quality cloth seats, the standard AM/FM stereo is now obsolete. Standard equipment included a voice-activated navigation system. The original price of the Three was $22, 855, which placed it in the midst of the One and Four models.

Three is a good option if you want a Prius C with a few more useful amenities than the base model.

The Prius C gets a lot more than simply an economic car at number four. As a result, a sliding and tilting glass sunroof has been installed over the front row of the vehicle, making it more comfortable on hot summer days. Full-heated seats and heated mirrors are available for the driver and front-seat passenger when it’s cold outside.

SofTex leatherette seat trim enhances interior comfort while also improving the aesthetics. Fog lights and cruise control with steering wheel controls also improve safety and convenience. Even though these additional features would have originally cost $24, 965, you may be able to find a used Prius C Four for a fraction of the cost of a lower-end model in today’s used car market. 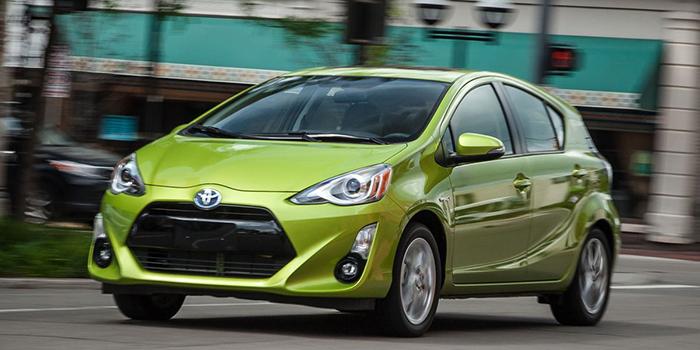 There are now only two Prius C grades for 2019.

L and LE are the abbreviations for Latin letters. Toyota likely streamlined its manufacture to make the most of the last of the Prius C’s components as the model’s run was winding down. Premium cloth seat upholstery distinguishes L from its lower-spec counterpart One. Because it shares its Sirius XM radio, navigation system, and luxury cloth seat fabric with the Prius C Three, the LE trim is more in line with that model’s price. If you don’t need the high-end features of the Prius C Four, the L and LE trims of the Prius C are excellent choices.

The Toyota Prius C, despite being discontinued, is still a popular choice for city driving. With this information, you’ll be able to make an informed decision about your new vehicle and get the most out of it. ” For those who don’t require the heated seats or the sunroof, we suggest checking out the Three or LE, which achieves a good mix between price and value.