It’s easy to overlook the complexity and danger of automobiles. To avoid catastrophic accident and passenger injury, everything must be in its proper location and working properly.

Pumping gas may seem like a straightforward activity, but if you haven’t been shown the proper techniques and precautions, you run the risk of causing a catastrophe.

Pumping gas while the car is running is safe from a mechanical standpoint, but it’s best to avoid it at all costs. Because gasoline is extremely volatile and can be ignited by the tiniest of catalysts, you should take all precaution possible to reduce the risk.

How Flammable Is Gasoline? 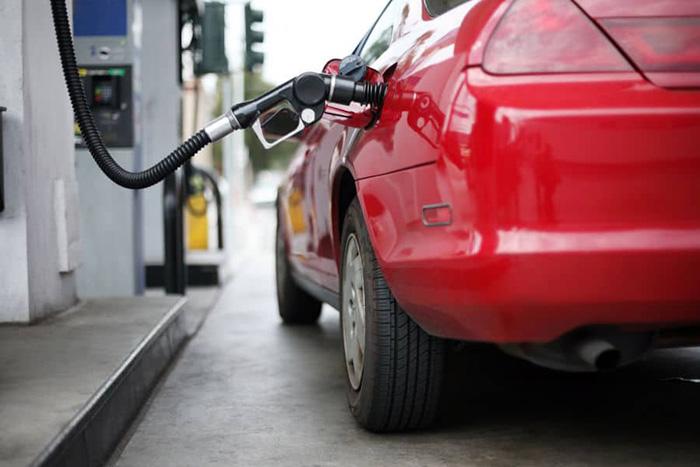 Let’s take a look at the gas’s chemical properties and why it’s such a volatile liquid before we talk about safety considerations when pumping gas.

Gasoline is extremely difficult to ignite when it is in its liquid state; a catalyst is required to ignite it at temperatures higher than 247° Celsius.

But the flashpoint is more crucial since it is the point at which the liquid releases enough vapour to ignite in the atmosphere. It doesn’t matter if it’s icy outdoors; a match or a single spark can still light gasoline without any difficulty, regardless of the temperature.

Gasoline constantly emits highly flammable fumes that are heavier than air, and as a result, they attach to any open canister, which is why gas stations in particular suffer from this problem. It’s also quite hard to see, and it’s capable of traveling a long way from its point of origin.

In contrast, diesel has a flashpoint of 55° Celsius, making it a much more secure option. Even yet, it has the potential to catch fire, especially on a particularly hot summer day.

Why Is Pumping Gas With The Car On Dangerous?

Many gas stations include signs warning drivers to turn off the vehicle and avoid all sources of ignition, including smoking..

There is a near-certainty that gasoline will be ignited by any source of open flame. The gasses are allowed to escape and are forced out of the tank as it is filled with more liquid when the gas tank is opened and the nozzle is placed inside.

Hundreds of films are available online showing individuals starting gas pump fires, and this is just one.

Even though open flames are far more dangerous, it only takes one automobile to start a blaze at a petrol station, where hundreds, if not thousands, of vehicles pass through each day.

You’re much more likely to start a fire if you discharge static electricity from your clothes into the fuel tank. Even if the danger is minimal, you should always turn off your vehicle.

As a public hazard, keeping your car running is banned in nearly every country on the planet. Even if you don’t cause an accident, you’re going to get yourself into some serious difficulty.

However, what if you have a home gas pump?

Running the engine even if the dangers are modest is still hazardous practice. Pumping gas while the car is running is only an option if the starter is faulty, which would leave me stranded.

How To Pump Gas 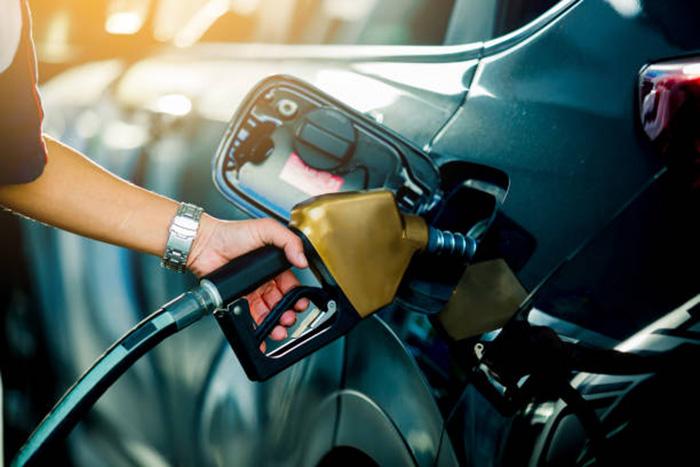 New drivers, teenagers, and those who have always relied on the gas station attendant to pump their own gas will all benefit from this step-by-step tutorial. There’s no harm in going over the fundamentals, even if it’s a simple process.

How to put gas in a car without a funnel?

1 2L plastic bottles can be used as a funnel for refilling canisters when you don’t have one. Take a knife and cut a slanted part near the back of the bottle after cleaning the soda and shaking out the water.

Make sure it’s fully seated and pressing on the safety lock that prevents fumes from escaping before inserting it into the fuel tank as a makeshift funnel.

How do you know how much gas to put in your car?

Is it illegal to pump gas while your car is running?

All 50 states prohibit pumping gas while the engine is running. Even if the hazards to your safety are low, the law requires that you turn off your vehicle before refilling.

Should you touch your car before pumping gas?

Before you start pumping gas, it’s a good idea to touch the automobile to discharge any static energy that has built up on your person. By closing and opening the fuel tank lid, you are already doing this, so you don’t have to worry about it.

Can I be on my phone while pumping gas?

The rules of the gas station company are the only factor in this situation. Phones pose virtually minimal safety concern in terms of the potential for starting a fire.

Can walk away from your car while pumping gas?

It is exceedingly risky to leave a running fuel nozzle unattended. The nozzle will keep the fuel flowing until the tank is full if the latch is engaged. When it slips out and the lock is not disengaged, the nozzle will disperse fuel about until someone manually shuts it off.

What happens if you drive off with the gas pump?

Pulling the gas hose might have serious repercussions. An older system’s metal terminal will generate a spark, which will set off a big fire, but newer systems have an integrated safety latch to prevent further damage and a fire hazard.

Before you leave the gas station, it’s a good idea to check your mirrors for the gasoline line.

Is it better to pump gas at night?

As the temperature drops, gasoline becomes denser, although the difference in gas acquired will be minimal. Propane, butane, and other flammable gases are more likely to fall under the purview of this law.

Now that you understand why you should turn off the engine when pumping gas, I hope you do so every time. You should avoid fines even though there isn’t much of a risk. The law is clear on this.

How Long Should A Car Run After Getting A Jump
Rubbing Alcohol In Gas Tank To Pass Emissions
What Is The Ford V10 Life Expectancy?
Oil Pressure Light Comes On And Off