Many gasoline-powered vehicles have turbochargers. As well as the majority of diesel vehicles. Today, the turbocharger is an essential part of the car, with more and more cars leaving the factory equipped with one. Smaller engine cylinders need the use of a turbocharger.

And it gets worse with time because we’re talking about a portion of the car that is always moving and functioning at high temperatures. In other words, what are we up to now? The cost of repairing or reconditioning a non-functioning turbocharger is substantially lower than the cost of purchasing a new turbocharger. Turbochargers often have a longer lifespan than engines. If we take care of it.

How does a turbocharger work?

Turbochargers provide additional power to nearly all Diesel engines. It has two components: a compressor and an engine-driven turbine. The exhaust gases propel the turbine, which is attached to the exhaust manifold. When the turbine spins the compressor’s blades, it compresses and enters the intake manifold the air from the intake system.

The turbine on the engine’s exhaust side facilitates the removal of gas from the engine more quickly. A vacuum or electrical actuator is used to control the turbine. Turbochargers for diesel engines typically have a VNT (variable nozzle turbines) system in addition to their gasoline turbines. This technology aids the turbocharger in achieving pressure even at low speeds. At a speed of 1200 to 1500 rpm, the vast majority of VNT turbines begin to feel the strain.

Difference between a turbocharger and a mechanical compressor 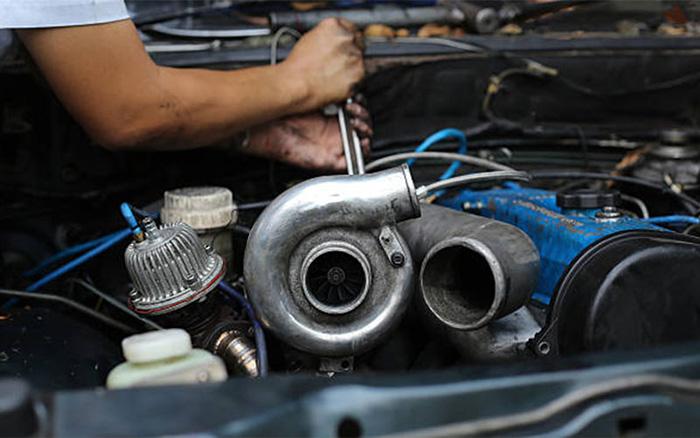 The exhaust gases power the turbo, while the crankshaft of the engine drives the mechanical compressor directly through a belt or chain. A larger amount of air is injected into the cylinders by compression, which increases engine power. Both components play this role.

Because the compressor is powered by the engine, it consumes more fuel, but the effect is immediate. Fuel usage is unaffected, but there is a reaction time associated with the turbocharger (turbo lag).

Why does the turbocharger fail over time?

If your turbocharger isn’t working properly, you should suspect that your engine may be having issues as well. If the service that manages your car is excellent enough, you need to think about how often you change the air filter and how much engine oil you use.

It’s also necessary to take the driver’s manners into account. To keep the turbo, do not hold the engine in charge, let each gear to start entirely, and do not drive on the basis that driving at low rpm saves gasoline.

When it comes to turbocharger care, it’s important to focus on air filtration and oil quality. The turbocharger’s working speed necessitates attention to these areas. The turbo system of a car might last longer if correct operating procedures and regular maintenance are used.

The most important part of turbocharger preventive maintenance is making sure the engine and air supply system are in good working order. To avoid a faulty turbocharger, the engine must be handled with care. It’s important, in addition to doing regular oil changes, to allow the turbocharger to cool down after lengthy drives and avoid pressing the accelerator pedal until it’s completely cool. as soon as I started the car, at which point the turbocharger lubrication circuit is empty.

Even in brand-new cars, the turbocharger can be destroyed owing to design flaws, bad maintenance, or the use of a high-viscosity oil that doesn’t make it to the turbocharger lubrication circuit.

When the driver disregards the above-mentioned restrictions of use, the turbocharger in older cars can fail.

What do we do when the turbo breaks?

You can either buy a new one or fix the one that is broken.

This startled everyone who saw me after a visit to the service center, when I learned the turbo was experiencing issues. There are those folks who can afford it or have a new automobile that was purchased under warranty who will always prefer a new turbine.

If you don’t want to have your turbocharger reconditioned, there are also new turbochargers imported by some firms. You may not be able to tell the difference between an original turbocharger and one built in China or India.

Buying a reconditioned turbocharger instead of a new one is a popular decision for many people. To make matters worse, parts from one manufacturer may not fit exactly on a turbocharger made by another, meaning that when it comes time to perform turbocharger repair work, results may be less than ideal.

What does turbocharger reconditioning mean? 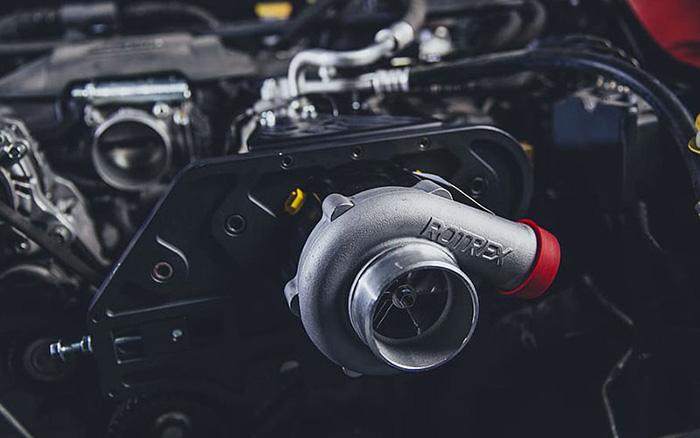 All of the turbocharger’s malfunctioning components are replaced with new ones during the process of reconditioning, which is carried out in a specialized service facility by trained technicians.

In other words, the reconditioning of the turbocharger is not merely a simple repair, and it does not imply the need for repairs on worn out components.

The only portion of an old turbocharger that will remain the same is the turbo housing, therefore to say that it has been reconditioned means replacing all of the worn and problematic parts with new ones. A guarantee is also implied by this procedure.

What are the differences between a new turbocharger and a reconditioned one?

If you disregard the costs, which is the best choice?

A new turbocharger is the best solution, regardless of the cost. This is due to the fact that a brand-new item always comes with the assurance of the highest possible quality.

This surprises us, however, if we only take into account the warranty period supplied by a vehicle repair shop.

In most cases, the warranty duration for a turbocharger is 12 months, and there is no mileage restriction. As a result, it’s critical to learn more about turbine reconditioning and how a long warranty might help this type of service.

From the outset, one thing must be made abundantly clear.

There is no hint of equality between reconditioning and cleaning!

When it comes to reconditioning a turbine, there are some who believe that the only way to do so is to remove the impure material and clean it up.

How is the turbo reconditioned?

This operation typically takes anywhere from 3 to 8 hours, which includes dismantling and reinstalling the turbo, and any authorized service will always use known brands in the turbocharger sector as a source of parts for their job.

How much it costs to refurbish a turbo?

You’ll find that renovating a turbo will almost always cost you between four and six times less than purchasing a new turbo. So, if a new turbocharger costs $500, reconditioning your old one will cost you at most $250.

The reconditioning method is the best option because of the 12-month warranty, the fast execution time, and the high expenses.

Reasons Why Car Smells Like Gas
How Long Do Spark Plug Wires Last
Is Mean Green Safe On Car Wash Paint?
Can I Mix 0w40 and 5w40 Oil?