Modern diesel cars all have particle filters installed. You’re correct if you’ve heard that diesel cars remove additional pollutants besides NOx. When a diesel car speeds, it generates black smoke from the exhaust, which contains hazardous particles. In this case, the diesel particulate filter (DPF) is able to stop the exhaust gas emissions.

If you want to remove the diesel particulate filter from the exhaust system and replace it with a piece of pipe, you need to delete the DPF. Two types of cancellations are used to accomplish this. removing the hardware and deleting the program. DPF OFF is another name for this procedure.

So, if the DPF error light comes on, indicating that the filter is blocked, the error will remain in the computer, resulting in the vehicle going into limp mode and losing power. Here follows the software cancellation, which deceives the ECU into believing that the filter is in place and the car stats are functioning as intended.

A DPF or FAP particle filter is found in many diesel vehicles on the road. An exhaust gas filtration device for diesel engines is known as a Diesel Particulate Filter (DPF). It’s like a catalytic converter for diesel automobiles, but it’s a little more complicated than that for gasoline-powered vehicles. This is because we are referring to solid particles, rather than gaseous ones, passing through the catalyst. Because of this, DPF-equipped vehicles are plagued by numerous issues.

How does a DPF filter work? 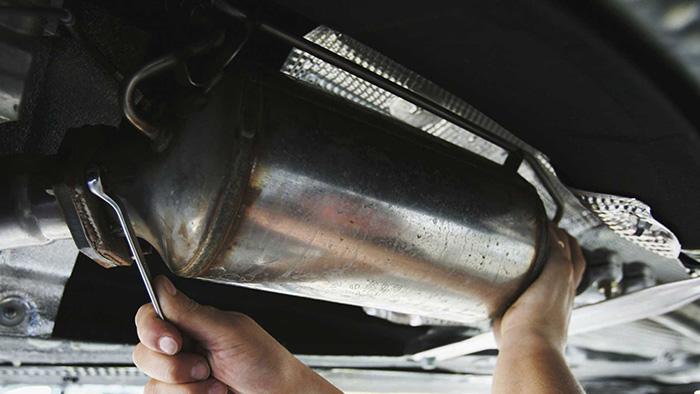 Diesel vehicles with properly operating DPFs do not emit black smoke, which is a type of pollution that the DPF is designed to remove. This is similar to how an oil filter traps deposits and allows only liquid to pass through. However, the DPF particle filter must be emptied from time to time since it collects debris. image courtesy of.Beef1980.com Wikimedia Commons, CC BY-SA 4.0

Situations can be divided into two: When the dpf error indicator appears on the dashboard, it means that the filter has been clogged and needs to be replaced. This is the case even in automobiles with larger but disposable filters, which can last up to 150, 000 kilometers (94, 000 miles). However, an automatic regeneration particulate filter is a possibility. As a result, a self-cleaning filter that lasts longer is possible.

What does DPF filter regeneration mean?

Whenever the DPF filter pressure sensor sends a signal to the car’s ECU, an indicator light illuminates on the board (see photo). Either the filter needs to be replaced, or the vehicle needs to be put into regeneration mode. Drivers should keep their vehicle at a speed of at least 65 kilometers per hour (40 miles per hour) until the error code vanishes if the vehicle has a DPF filter with regeneration. At high speeds, the ECU increases the amount of gasoline passing through the engine, causing the temperature of the DPF filter to rise significantly. Thermal cleaning is used, and the deposits are destroyed by the heat.

Some vehicles have an extra injector built right into the DPF filter itself. During regeneration mode, the computer immediately injects more diesel fuel, raising the temperature until deposits disintegrate thermally and are expelled on the exhaust pipe.

In some current cars, regeneration occurs while the car is parked in a parking lot and the engine runs at 1400-1600 rpm for a period of time till the dpf icon goes away.

How can a diesel particulate filter get clogged?

Diesel exhaust-pollution filters (DPFs) typically become clogged when a diesel vehicle is driven mostly in congested regions at moderate speeds. In short corners, a driver can’t clean the filter if they just accelerate to 1500 rpm or so at a time.

In contrast, if the car were driven for an extended amount of time at an engine speed more than 3000 rpm once a month, the filter would warm up and clean itself more quickly.

What happens when we drive with a clogged DPF? 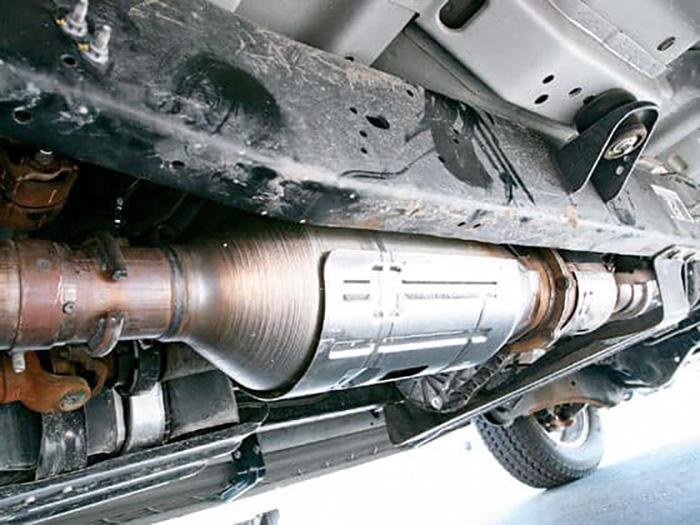 A car that has a clogged DPF is almost certain to experience issues while on the road. Exhaust gases can’t flow through the DPF’s clogged exhaust holes, so the ECU senses this and puts the car into “safe mode” or “limp mode,” which reduces its power output.

So it is clear that we are referring to a circumstance in which the dpf icon appears on the board and you do nothing to fix the problem.

If your blocked DPF error light comes on, you need to go to work on regenerating or replacing it right away. It’s possible that the car will go into “safe mode” and use a lot of gas if you don’t.

What does DPF cancellation or deletion mean?

Even the car’s automated regeneration fails in some situations, necessitating a replacement of the filter. This isn’t an inexpensive part, but rather a new one that costs between $ 1000 and $1300, depending on the make and model of the vehicle in question. In contrast, most motorists do not think twice before replacing particulate filters without even considering the consequences. A actual industry was developed out of the practice of removing the car’s filters and fooling the system.

If you don’t want to spend the money on a new particle filter, you may alternatively go to a firm that will remove the DPF. Exactly what does it imply to say this? Because those folks will remove the particulate filter, your car will be free to emit toxins and carcinogens in the atmosphere.

An intervention of this kind costs around $350,000 and lasts for many hours.

What are the risks of deleting DPF?

In several countries, it is unlawful to remove or cancel the diesel particulate filter. This is to be expected, given that harmful compounds are released into the atmosphere.

Diesel engines without a particle filter are in the same boat. When they accelerate, they create a cloud of black smoke. It turns out that all of those little black particles are cancer-causing. If we don’t have diesel cars with particle filters, we’re doing nothing but endangering our own health and the health of others on the road.

Another problem with removing the DPF is that the CO2 catalyst is located in the same housing as the particle filter. Replace your entire casing with a pipe. There are several.

Others replace the metal housing but do not replace the catalyst, which remains in the particulate filter. DPFs are often removed by bursting the DPF, but this is not always the case (being of a ceramic material).

That’s why you wake up in the middle of the night to the sound of a squealing exhaust. There are negative consequences in both scenarios. Additionally, removing the DPF filter will cause the exhaust to smell like black smoke from a tractor.

In addition to the soot particles, the particle filter has a scent filtering function, therefore removing it will cause the air to be filled with foul aromas as well as hazardous particles. We know we’ve woken up with some diesel particles in our lungs when we detect the strong odor of the fuel.

How to better manage a diesel car with DPF?

Diesel cars with DPFs require us to drive them at faster RPMs and for longer periods of time to allow the DPF to clean itself. As soon as the light shows on the board, we must instantly regenerate it or replace it with a new one if the standard regeneration procedures fail.

It’s illegal to remove or cancel the filter, so that’s not an option. In order to clean the DPF using chemical solutions, some service providers will cut out and remove the metal housing and then reinsert the filter. As a result, the housing will inevitably begin to corrode and split.

What Can A Faulty ABS Sensor Cause
Common Symptoms of Bent Valves
Can A Tampon In A Gas Tank Damage An Engine?
Walmart Car Battery Warranty