It is typical for automobile owners to experience the check engine light due to a defective mass airflow sensor. When the MAF sensor needs to be replaced or the vehicle is experiencing a string of electrical problems, the problem is extremely common.

Additionally, if your automobile has other problems besides a malfunctioning MAF sensor that you are unaware of, a check engine light may illuminate on your dashboard.

If your vehicle displays a check engine light and you suspect an issue with the MAF sensor, have the vehicle inspected. When you know what’s wrong with the sensor, you may take effective steps to rectify it.

If the MAF light comes on as a result of an electrical problem, take your car to a professional instead of trying a quick remedy.

After replacing the MAF sensor, you can try to reset your vehicle’s computer using the correct scanner and software for your car. This is a straightforward procedure.

Common causes why the check engine light is still on after replacing the MAF sensor. 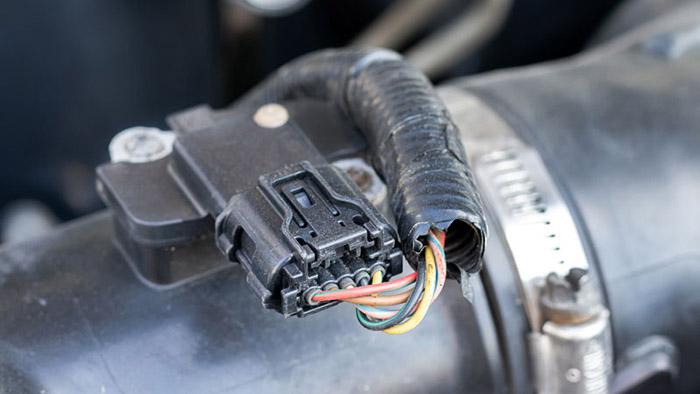 Having the check engine light still on after replacing the MAF sensor can be aggravating. A large number of folks have no idea how to turn it off or why it is still on.

A computer reset is recommended by the majority of automotive manufacturers and technicians, yet most individuals still assume that something went wrong or they have additional concerns.

A defective replacement is one of the most prevalent causes of a check engine light appearing following a MAF sensor repair. Most people, especially at home, fail to replace the sensor correctly, resulting in the check engine light returning.

2. Not resetting the car’s computer (ECU)

After replacing the MAF sensor, many people neglect to reset the vehicle’s computer afterward. Resetting the car’s computer and making sure all sensor codes are synchronized with the computer.

Technicians rely on the codes to quickly and accurately diagnose MAF sensor issues. Because of this, the check engine light will come on if any codes are out of sync with the computer in the car.

If you have the proper equipment and software, the task is a cinch.

A faulty MAF sensor can cause a check engine light to appear on the dashboard if the air intake passages are not clear or the air filter is defective.

After a comprehensive investigation and an air filter repair by an experienced technician, the problem is solved. Air intake systems should be cleaned to reduce pain.

Do I need to disconnect the battery when changing MAF?

When replacing a MAF sensor, disconnecting the battery is a must. To prevent current from flowing through the vehicle’s electrical cable, disconnect the battery from the ground cable. Because the wires are disconnected during the process, there is less risk of a short-circuit.

Before removing the MAF sensor, disconnect the wiring from the harness plug. Remove the IAT sensor and make sure the air cleaner tubes are not connected to the engine. When the airflow sensor is disconnected, what happens? However, if you remove the MAF sensor from your vehicle, the check engine light will come on. The MAF sensor should never be plugged into a running car since it could damage the engine.

Make sure the battery is unplugged while you’re working on a sensor because it can cause engine error codes like P0101 and P0102. As a result, removing the battery can help you avoid more engine issues. When working on the MAF sensor, it’s easy to short out the mass airflow sensor by leaving the battery in place.

Once the MAF sensor has been repaired, it only takes a few seconds to re-calibrate and continue working normally. The engine analyzer or the cold air intake pipes should be checked if this isn’t the case. Drive the car for a few minutes if everything appears to be in order. The sensor should sync and perform flawlessly.

First and foremost, if your MAF sensor fails, you should run a diagnostic to figure out what’s wrong. To address the issue, either hire a competent professional or work tirelessly in your garage after discovering the issue.

It’s possible that the air intake systems or other issues listed above could cause the check engine light to come on again, even after the problem has been fixed. Remove the battery before repairing the MAF sensor to avoid further wiring issues. “

Spied 2017 Honda CBR1000RR
How Do Car Engine Work
What Causes Tire Blowout
Are You Allowed To Have A Tinted Windshield And Windows In Texas?