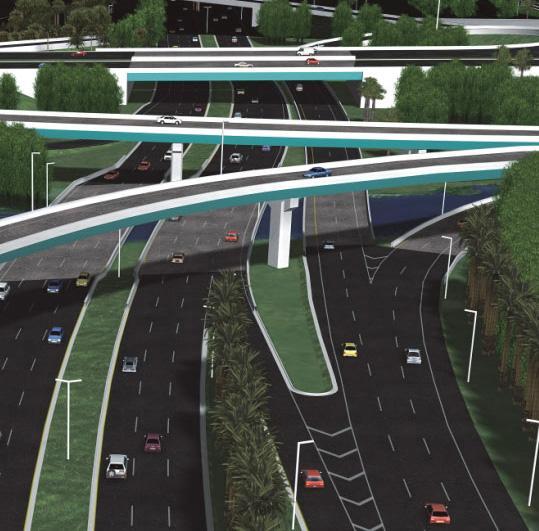 The Roadway Program of the MIC Program was developed to provide direct, enhanced connections to and from nearby expressways, State Road 836 and State Road 112, and the local roads serving the Rental Car Center (RCC), the Miami Central Station (MCS) and Miami International Airport (MIA).

All major roadway improvements have already been completed in order to assure safe and efficient access for area businesses and the traveling public while the remaining components of the MIC Program are under construction. These Roadway Projects provide long-term improvements for the entire region. Shown below are the various projects which comprise the MIC Roadways Program: