People often say that you haven’t seen America for what it is until you’ve been on Route 66. This part of America has been kept in good condition for so long that it is a great example of American culture and history.

People in our society are usually confused and always looking for the next big thing. This road is a real getaway in every way. It gives people a chance to learn more about their history, the treasures and lessons it holds, and why they need to keep coming back for more.

Let’s look at Route 66’s long and interesting history and how to get the most out of your trip there. First, though, let’s learn a bit more about this historic route.

Route 66 is well-known not only for the road itself, but also for the great senses of freedom and serendipity it gives you. It is also a living history and a case study of how the people of the United States moved, had children, and did well.

Note: Going east on Route 66 is more fun than going west, because the west side needs a lot of fixing up and updating.

After World War II, Route 66 was called the “main street” of America because it connected all the small towns in the Midwest and Southwest and was lined with different kinds of cafes and motels. There were also a number of gas stations where people could stop and enjoy the beautiful view.

During the Great Depression, a lot of farm families took Route 66 to get to California, where they hoped to find better jobs. Before the end of World War II, there were a lot of people who wanted to leave the industrial East and find work in the suburbs of California. Route 66 took them there. This made it possible for the rust belt’s people to move to the sun belt. Even though it’s no longer the main road or the most popular way to cross the country, Route 66 still gets a lot of attention. Part of the reason is that it had a big cultural impact.

The wonderful Meramec Caverns on Route 66 gave everyone a bumper sticker to remember them by. You should also know that Route 66 is where the iconic American “driving vacation” really took off.

All of the billboards and big statues on this highway came with a constant roadside attraction, which tempted travellers who didn’t know any better to stop for a while and look at the giant blue whales and rattlesnakes. They were also able to stay at “Tucumcari Tonight” and see the wild animals that were set up along the road.

Make sure to stop at Route 66’s well-known sights as you drive along this beautiful road. They are the best of what American culture has to offer.

1) The Arch of Freedom 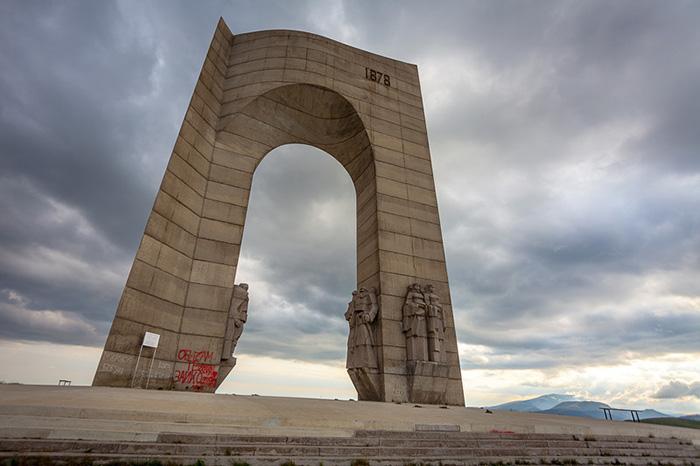 The Gateway Arch is more than just a famous piece of architecture. It is also a national park. It is also a museum that shows detailed maps of how America grew as it moved west. The building is a wonder in and of itself. It is 650 feet tall and makes you feel a little bit small.

Even if you are afraid of heights, you should try this place. The world’s tallest arch wasn’t built by one of the most famous architects, Eero Saarinen, for nothing. It is the tallest man-made building in the US and has some of the best views of Mississippi you could ask for. 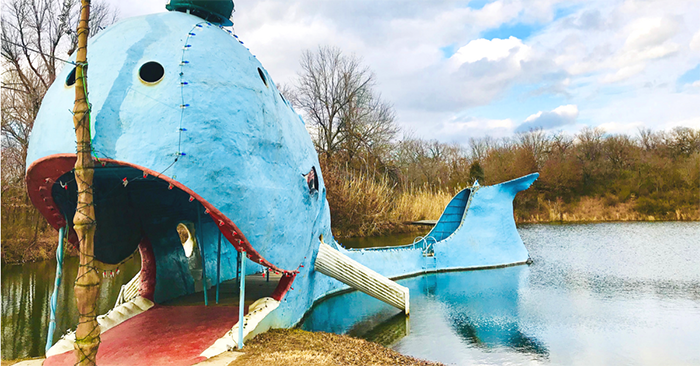 The Blue Whale of Catoosa is one of the most loved places along Route 66. Hugh Davis built it as a surprise for his wife Zelta on their anniversary in 1970.

Hugh thought it would be a great idea to build his wife a huge whale because they both liked whales so much and had a lot of small whale figurines. Take your time to look around the ruins of this magical place. There are picnic tables and a calm lake nearby, so you can spend a peaceful afternoon with your kids. 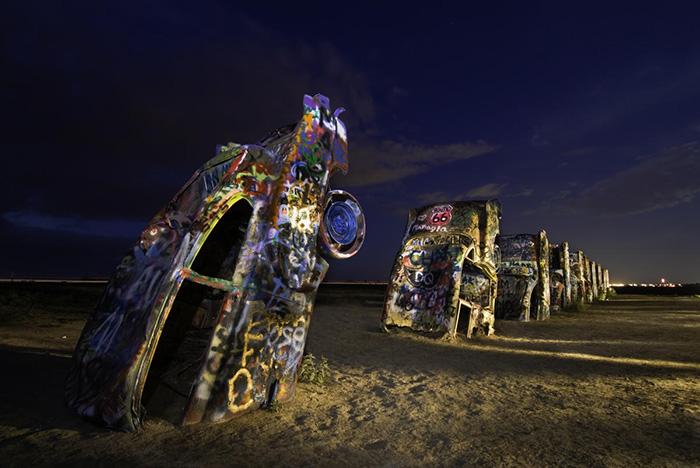 On Interstate 40, there are about 10 Cadillacs. They were all buried at the same angle, like the Great Pyramid of Giza. Most people who visit are asked to bring a can of spray paint with them so they can make their own unique piece of roadside art.

This is like a rite of passage that almost everyone who walks by has to go through. As you might expect, the Cadillacs have changed a lot over the years. They’re no longer just trash, like the older generation thought. Instead, they’re a symbol of American culture. You would have a hard time believing that there is a ghost town more strange and scary than Oatman, Arizona. The lost town is at the edge of Arizona on Route 66, which has been cut down to about 2,700 feet above sea level in the Black Mountains.

If you want to run through a strange, spooky place with mysterious wild burrows, Oatman is the place to be. 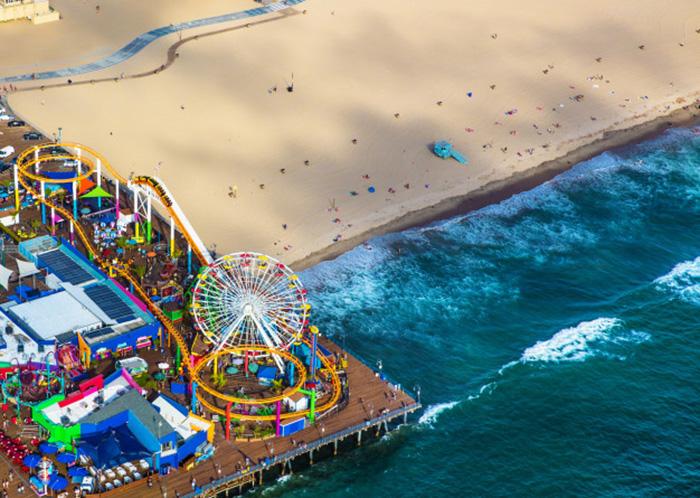 You could say that this is the end of the mother road. Before you start the long, 2000-mile trip East, you can stop at the Santa Monica Pier to stretch your legs and take some beautiful pictures.

Even though there are a lot of people out there, you shouldn’t let that stop you from riding the 1922-built Carousel and going to the Soda Fountain. There are even roller coasters, Ferris wheels, and an arcade. There is a sign that says this is the end of Route 66, where you can have a lot of fun.

A lot of people might say that it only existed as a unification, which has been a legal road for about 59 years. From 1926 to 1985, Route 66 became a symbol of a train going through human history. This path would change the world by carrying millions of adventurers, migrants, con artists, and dreamers to the land of opportunity, the United States.

Because of Route 66, new towns have grown up. Not only that, but there are also new industries and local styles of architecture. Over time, though, most of it was lost as people left the country or moved to their interstates. But there is still hope.

People who live along the road could still be called a thriving community. Some tourists and people who want to keep things the way they are always pass by Route 66. People are always bringing in new stories and giving money to help protect landmarks and keep museums in good shape. This is because a lot of people are trying to keep the history of the area alive. The future of Route 66 looks good because of people like these Roadtrippers.

Route 66, which is also called “the mother road,” has been a part of American myths for a long time. Someone named Bob Troup may have written “get your kicks on” on Route 66 in the 1940s. It became very popular very quickly, and even now, many artists like Nat King Cole and The Cramps keep the slogan alive.

During the whole decade of 1960, CBSE sent a crew to Route 66 to film a series. This was the first of many movies and TV shows to be shot on the famous road. In 1985, the mother road was taken off of official maps, and its signs were also taken down. Surprisingly, though, the number of people who like it has only grown since then. Hollywood did a lot to keep the feeling of this route alive.

Both the End and the Start

Route 66 officially commences from downtown Chicago and ends at the Santa Monica Pier, which resides in California. There are many different parts of the trip from Chicago to Santa Monica, and that’s where the original road splits.

Even if you go in different directions, you will always end up at the same place. The trip on the road will be a fun maze. You might take a few wrong turns along the way but even those will welcome you to new parts of adventure that will leave you grateful for America and its rich heritage.

15 Types Of Luxury Cars You Can Buy
What Engines Do Weird Funny Cars Use?
Accidentally Used 10w40 Instead of 20w40: Is It Ok?
What Does The Air Intake Do