This article contains affiliate links. A little commission will be paid to me if you purchase something through one of the links. Seafoam, a fuel additive that removes debris and sludge from a car’s engine, is commonly used by drivers. For some drivers, seafoam is an old friend, but for others, it’s a brand-new substance. But are there any harmful side effects of using seafoam?

Seafoam does have some drawbacks that you should be aware of, such as thinned engine oil, damaged oxygen sensors, and decreased fuel efficiency. A lot of individuals are divided on this product; some think it has a negative impact on automobile engines, while others say it works perfectly for its intended function. In general, seafoam won’t harm your engine or have any negative effects on the metallic components in the engine bay if used carefully. So, what are some safe ways to use seafoam? This and much more was the subject of our conversation!

What Does Seafoam Do To Car Engines?

Seafoam is primarily used to clean automobile engines, removing debris and other impurities that could impair the engine’s efficiency. It’s a good fit for this function, and it works with a wide range of automobiles. Seafoam is really the name of a corporation that develops a variety of solutions for automobile engines in order to extend their lifespan and improve their performance. Seafoam In spite of this, some users claim that seafoam engine cleaner has a few undesirable side effects.

These seafoam side effects were mostly observed in older automobiles, but they are still conceivable in newer ones.

1. May Damage the O2 Sensor

O2 sensor failure can be facilitated by running your engine on seafoam. When the O2 sensor is already malfunctioning, the chemicals in the seafoam cleaning may cause the sensor to fail much more quickly. While driving, a car that has a malfunctioning O2 (Oxygen sensor) sensor can create more noise than normal.

Seafoam engine treatment products have been blamed for thinned motor oils, among other side effects. Using seafoam incorrectly might cause your engine’s motor oil to become thinner. Many people claim that this is the most common bad effect. You don’t want seafoam thinning out your motor oil because that could lead to more expensive repairs, as well as a disastrous engine failure or breakdown.

It is the motor oil that aids the movement of all the moving parts in an engine. As a result, an engine’s performance can suffer if the oil is inadequate.

3. Not Suitable for Most GDI Engines 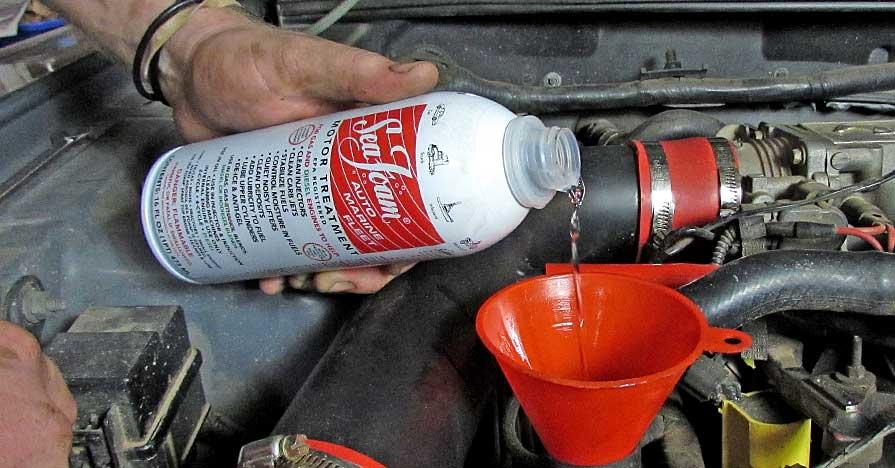 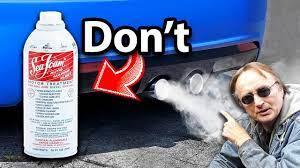 Some GDI engines may not be able to use seafoam fuel additives or engine cleaning agents. This is due to the fact that GDI engines require high-pressure cleaners to remove the contaminants from their injectors and supply lines. Seafoam, in response to this problem, has developed an engine cleaning chemical specifically for DGI gasoline injection engines. Because of this, if your vehicle is powered by a GDI engine, you must purchase a seafoam solution designed specifically for GDI engines.

Some motorists claim that utilizing seafoam causes their engine’s fuel economy to drop. A sludge buildup in the fuel lines, caused by too much seafoam in the tank, interferes with the flow of fuel to the engine.

How To Add Seafoam To Your Engine

Improper application is the primary cause of seafoam harming or damaging a vehicle component. What’s more, how do you apply seafoam to your car’s engine in the correct manner?

The first rule is that seafoam should not be added until a distance of 2,000 to 30,00 miles has been reached. You can avoid most of the bad consequences stated above if you stick to this time frame. You don’t need to do anything special when you pour seafoam into your petrol tank; nonetheless, you must be careful when you do so.

Adding seafoam to motor oil will thin it out, which is bad for the oil’s lubricant properties. 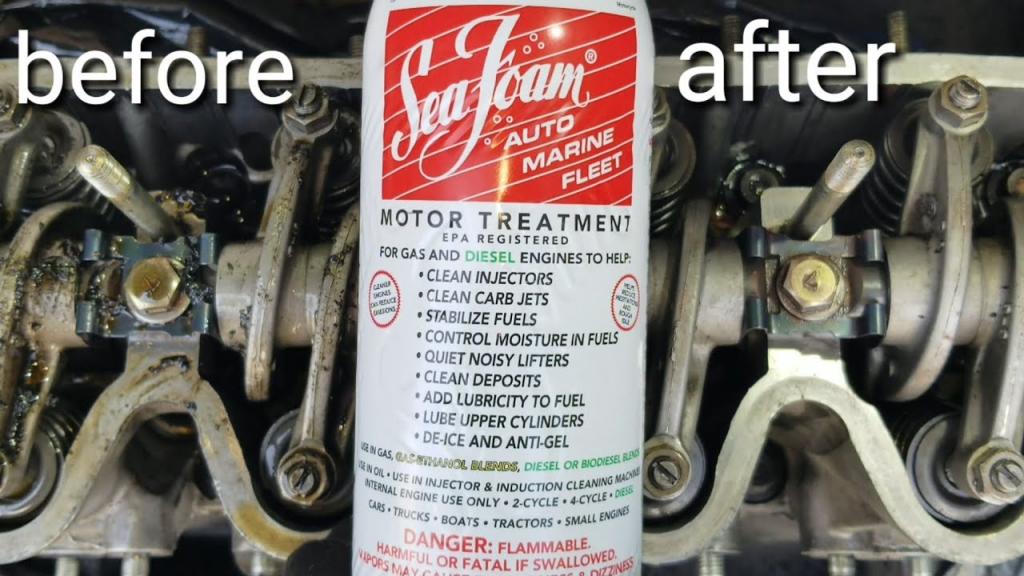 Seafoam provides numerous advantages for your vehicle’s engine. Only a few people have reported negative impacts, and those effects don’t apply to all cars. Before using your seafoam cleaning spray, read the instructions on the can.

New Mercedes E Class Coupe Unveiled
Syrup In A Gas Tank: What REALLY Happens?
What Happens When A Car Overheats And Shuts Off
Can You Spray Your Engine With Water