Serpentine Belt Came Off But Not Broken Updated 01/2023

A serpentine belt consists of a single lengthy belt that binds together a number of critical components. Using this belt ensures that certain engine accessories will always function properly. To top it off, this belt is a breeze to maintain and replace.

Why does the serpentine belt fall off, but doesn’t break?

It’s not uncommon for people to think of serpentine belts as snakes because of their shape. Because this belt connects the power steering pump, air conditioning compressor and alternator to the crankshaft pulley, this thinking is somewhat correct.

When driving, why does the Serpentine belt come loose from the vehicle?

The solution is obvious. The tensioner pulleys, which are either damaged or worn out, are to blame for the belt’s displacement. Misaligned pulleys, faulty belt tensioners, and poor tensioner bearings are the most common causes of serpentine belt failure. 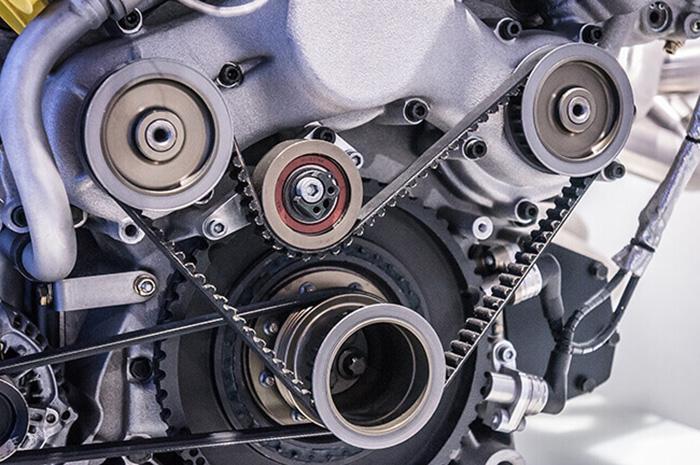 An abnormal amount of wear and fraying on the serpentine belt’s edges occurs if the tensioner pulley is damaged in any way. As a result, it falls to the ground.

If the pulley isn’t in the ideal location, it can impose undue strain on the machine’s vital components, leading to premature failure. The serpent belt then comes off as a result of this.

If your car is making an unusual noise, it’s likely that your tensioner bearing is faulty. As a result, your car won’t run as smoothly as usual because the gas and ignition aren’t working properly. When accelerating, a loud noise is produced by a broken tensioner bearing.

Although the serpentine belt is less likely to break, it can still fall. You’ll notice the following signs and symptoms if your serpentine belt slips out of place while driving.

Serpentine belt failure results in loss of steering power. Even though you may not be able to tell at first, your steeling wheel will show the loss of power as you slow.

2. Alternator fails to power the electrics

The alternator’s primary function is to supply electricity to the vehicle’s electronics and recharge the battery. The alternator, radio, battery, and headlights will all dim if the serpentine belt snaps, so be careful when driving if this happens.

After a few seconds, the car may stall.

3. Water pump stops circulating the coolant of the engine

Engine coolants are circulated by the water pump, which does its primary job of moving them around the cooling system. If your serpentine belt breaks, your cooling system isn’t working properly. Whether your engine starts to overheat, you should look to see if the serpentine belt has come loose.

4. Your Vehicle gets into the Limp Mode

Your car’s computer system (ECU) may go into limp mode to prevent further engine damage. Whether your automobile goes into limp mode, you should check to see if the serpentine belt has slipped off.

What damage does a serpentine belt that has just jump off? 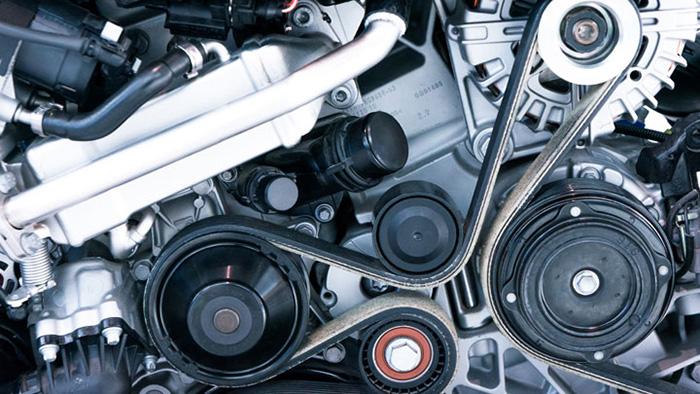 The electrical system loses power when the engine accessories stop working because of a broken serpentine belt.

If the power that aids the steering system suddenly disappears, this could make it difficult to spin the wheel.

The engine will overheat if the serpentine belt falls off, as the water pump will no longer be able to circulate coolant through the cooling system.

To avoid overheating, the alternator will shut down and stop providing power to the car’s electronics. The radio may stop working and your car’s headlights may dim before the vehicle comes to a complete stop.

Solutions for a serpentine belt that fell

If the serpentine belt on your car suddenly snapped, the first step in resolving the issue is to identify the possible source of the problem. The belt tensioner should be repaired or replaced if it has been harmed.

Make sure the pulley is properly aligned as well. You may need to position them in a different way. Last but not least, make sure the tensioner bearings are in good working order and replace any that aren’t.

It’s best to leave these operations to a professional because they’re difficult and risky to do on your own.

Does a serpentine belt give warning signs before it can jump or break?

If you hear squealing from the engine, make sure the serpentine belt isn’t worn out. In most cases, it occurs when the belt is misplaced or slack.

The belt pulley has a slight play

The serpentine belt show some signs of wear

Because of its cracked appearance, it’s a clear sign that the serpentine belt has worn out, which might cause the same problems as when it comes loose.

One of the most important parts in a car’s engine is a serpentine belt. The engine won’t run correctly if it doesn’t have this belt.

As a result, not only the belt but also the pulley and tensioner must be checked on a regular basis to maintain smooth operation. Always keep an eye out for any problems with your vehicle by performing routine maintenance at least once a month.

Failure of the serpentine belt, as previously mentioned, may result in your car’s inability to perform its basic functions, including charging the battery. So, do everything you can to avoid these issues.

Toyota Etios Etios Liva Updated Launched Rs 6.43 Lakh Rs 5.24 Lakh
What Are The Plus And Minus On My Steering Wheel
Can You Register A Vehicle With A Suspended License
Honda Bringing NSF250R Racebike To India Next Year