The shocks of an automobile are just as critical as the engine. The smooth ride you enjoy despite the bumpy road is thanks to this little-known element of the car. It reduces the influence of road irregularities on the car’s stability by absorbing the vibrations inflicted on the wheels.

When driving over a pothole or bump, they keep the passengers from being shaken around. Interdependent pieces make up an automobile shock that acts as an intermediary between the vehicle’s body and the wheel. Dependent and independent automotive shocks are the two most common types of shocks.

So, Why Are My Car Shocks Squeaking?

Lack of lubrication is the most prevalent cause of squeaky automobile shocks. Without lubrication, moving parts in the suspension system will not be able to function. 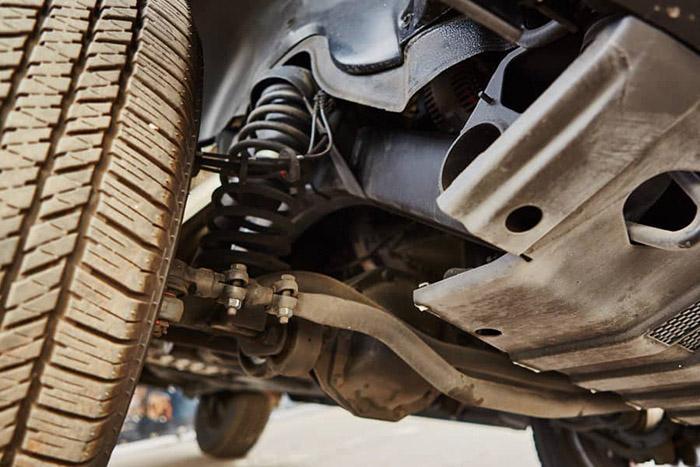 Squeaking noises indicate the need for lubrication in any system with moving metal elements. To be sure there are no further issues, you’ll want to have a mechanic do certain testing after lubricating these components.

2. The Ball Joints Could Be Worn Out

Ball joints connect the suspension to the wheel. Allow the vehicle’s wheels to move independently of the vehicle’s body. Wearing out ball joints are the most common cause of squeaking noises when driving around turns.

Look for a lubricating shell with a bearing stud and socket inside, and you’ll know they’re there. Expect to see either upper or lower ball joints in a vehicle.

However, ball joints are capable of lasting for many years without any problems. Normal wear and tear, dirt entering through damaged seals, and improper lubrication are the primary causes of ball joint failure. There are other indications that your ball joints are damaged besides the sounds they make when you corner.

Rubber cushions, known as bushes, are used to cushion the points at which metals come into touch with one another. They are fitted on the ball joints of the suspension system to minimize movement and dampen cracking noises. Bushing is required in any metal-to-metal contact point, from shock absorbers to anti-roll bars.

As a result, they wear out more quickly when fitted in parts like ball joints. Changing suspension bushes is a fairly typical occurrence. You should expect a noisy ride, especially while travelling over bumps, if the bushes are broken.

However, a thorough investigation and diagnosis may provide further information.

4. Some Core Parts Could Be Damaged

Even though you might shudder at the thought of changing bushes, there are more costly aspects of the suspension system to fix.

The axel is an example of a part that is difficult to replace, but in some cases, it is necessary. If the squeaking sound is initially heard when driving over a bump, it may not be a sign of a problem with the axel but an indication that the automobile has more significant issues.

Depending on the nature of your car’s suspension system, you may have an issue. Oil leaks and low pressure are common problems with hydraulic suspensions. It’s much easier to work with spring absorbers. Rust can be detected by the sound they make, but in extreme cases, they may be damaged.

Finding the breaking shock absorber is the first step in diagnosing the problem. In this way, you can discover what’s wrong.

Is It Bad If Your Shocks Squeak?

We do consider it a bad thing when an automotive part performs in a way that isn’t expected. Stiffness in the vehicle’s suspension can be detected by the sound of the shocks vibrating and squeaking.

Why Do New Shocks Squeak?

After installing new shocks or a new car, squeaking sounds are not unheard of. The new shocks may have been lubricated incorrectly. Squeaks are to be expected even if they are brand new.

Is It Safe To Drive With Squeaky Suspensions? 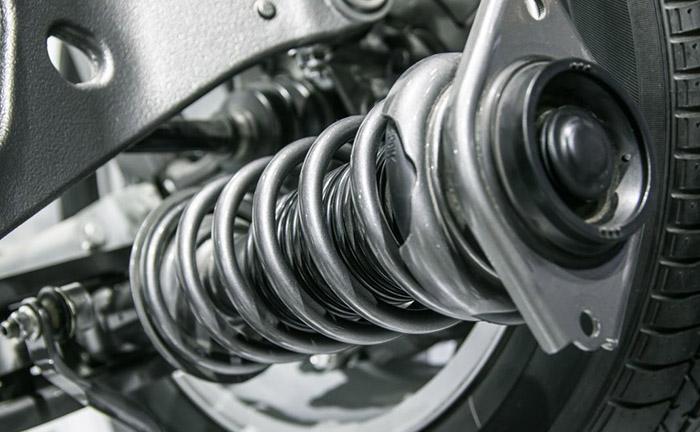 Suspension problems can be dangerous, but it doesn’t mean you should abandon a car on a remote highway the moment you hear a cracking sound beneath the hood.

The first few times you hear squeaking noises, you should take your suspension system in for an inspection to see if there are any underlying problems. Things don’t get that serious in most cases.

However, the noises may indicate a problem with the ball joints, which could result in a wheel falling off the vehicle while it is in motion. This has resulted in certain incidents.

Why Do Shocks Squeak Over Bumps? Is It A Bad Sign?

This is a negative omen, and it’s the result of overgrown shrubs. Bushes are subjected to a lot of stress, but they don’t cause any major damage to the vehicle. However, they will need to be replaced in order to reduce the noise level.

How Do I Fix A Squeaking Shock?

In part because of the variety of origins of the noises, the answer to this question is impossible to pinpoint. Squeaking sounds can’t be solved until we know what’s making them.

Does Grease Fix The Squeaking Noise From The Shock?

Yes, and no. If the squeaking noise is caused by a lack of lubrication in the shock system, grease should be applied. If the noise is coming from a hydraulic leak or a broken spring suspension, it’s best to have a mechanic inspect the vehicle. Grease will not work on these.

The squeaking of automobile shocks is a typical problem. The shock system is essential to an automobile’s operation, but like all car parts, it eventually needs to be replaced. Understanding how the system works is the first step in figuring out how to stop it from happening in the first place.

What Is A Group 25 Battery?
Brakes Sticking While Driving
How To Repair Car Headliner
Will Adding Oil Make Car Start