When it starts to snow, you might think it’s time to take your snow tyres out of storage and put them on your car.

What Month Should You Put Snow Tires On? 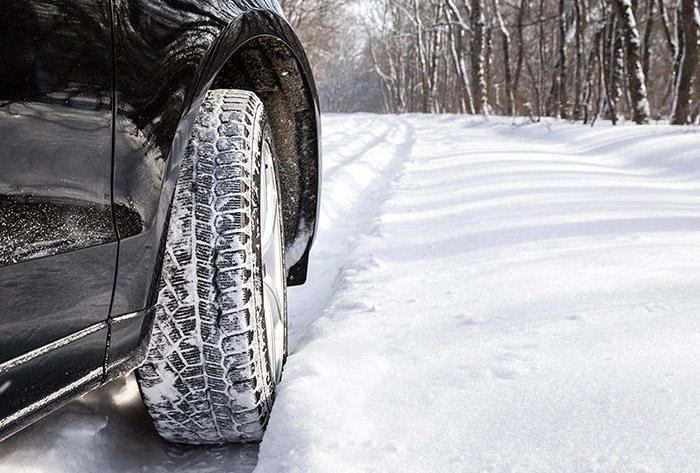 When you see snowflakes falling, that doesn’t always mean you need snow or winter tyres for your car.

Experts usually say that snow or winter tyres shouldn’t be put on cars until the temperature outside drops to at least 45 degrees Fahrenheit. These tyres are made of a different kind of rubber that will soften and wear out faster when it’s warm out.

But before you put snow tyres on your car, you should make sure that 45 degrees isn’t just a one-time thing.

Instead, make sure that the cold weather will be there every day. If you don’t, you’ll have snow tyres on your car when you don’t need them.

If the temperature goes up a lot, even just a few degrees above 50, you could hurt your snow tyres and your car.

When snow tyres are driven on warm, dry pavement, the tread wears out much faster than when the road is covered with snow.

If this happens, your car won’t handle as well, which will make it harder to turn sharply.

When should snow tyres be put on?

Unfortunately, there is no one month when everyone who needs snow tyres should make sure to put them on their cars.

Most of the time, it depends on where you live and when you know the cold weather isn’t going anywhere soon.

From what we’ve seen and heard from people who know a lot about tyres, the general rule is that you should put snow tyres on your car between Thanksgiving and Easter, which is between November and April.

Most places that have cold weather for a long time between November and March will see temperatures drop to 45 degrees Fahrenheit or lower during this time.

Should you decide to wait until the first significant snowfall in your area before switching from all-season tyres to snow tyres, you may be making a mistake.

When it gets colder outside, all-season tyres tend to stiffen up. This makes it harder to stop, so you need more stopping distance.

Obviously, you don’t want to have to wait longer to stop on roads that are covered in snow or ice.

Is It Bad To Put On Winter Tires Early?

Putting on your winter tyres before it’s time can hurt your tyres and your car in many ways.

First of all, putting your snow tyres on warmer pavement will wear them out much more quickly.

So, when you really need the extra grip they give you because of the way their treads are made, you may have less of it.

When this happens, your winter tyres don’t grip the road as well as they would normally, which makes it more likely that you will slip and slide.

Along with this, putting on your winter tyres prematurely means you will be making more trips to the gas station to fill your fuel tank.

Because snow tyres are made of a different kind of rubber, they have a higher rolling resistance. If you use them on warm, dry pavement, your car will use more gas.

If you wear out your winter tyres by putting them on too early, you’ll have to buy new ones more often than you planned, which will cost you more money.

For most snow tyres, a new set that is used properly should last for as long as four or five years.

But if you leave your snow tyres on all year or put them on before the temperature drops below 45 degrees Fahrenheit, the tread will wear out and you’ll have to buy a new set of winter tyres every year, which will cost you hundreds of dollars.

Is It Too Early to Put on Snow Tires? 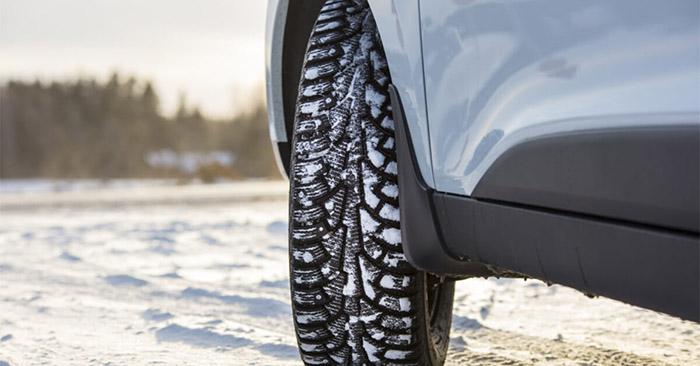 If you’re asking this question to yourself, you probably already know the answer.

If you notice that the temperature is going up and down and is usually above 45 degrees, it is too early to put snow tyres on your car.

People often make the mistake of putting on their snow tyres way too early.

They tend to do this as soon as they see a few snowflakes falling from the sky. They figure it’s better to be safe than sorry.

There’s nothing wrong with trying to be careful and stay safe on the road, but you should also use your common sense and good judgement to figure out when the best time is to put snow tyres on your car.

If you are unsure about this, you can always ask your local mechanic or head to a tyre store.

Since these people know everything there is to know about cars and tyres, you can trust what they tell you.

In the end, it’s up to you! But when you consider the pros and cons of having snow tyres on your vehicle, you’ll find it’s best to let your common sense guide your thinking.

Does My 4WD Vehicle Need Snow or Winter Tires?

When a lot of people buy a 4WD car, they think they don’t have to worry about driving in the winter. But we know better now.

When you drive a vehicle with four-wheel drive (4WD), you will have more control in snow and ice. But the 4WD feature doesn’t necessarily help your car stop faster or stop it from slipping and sliding.

To have more control over stopping or sliding, any 4WD vehicle needs to be equipped with snow tyres.

Once your car has winter tyres and 4WD, it will be much easier to drive on even the slickest roads.

Though many factors can come into play regarding the proper amount of tyre pressure needed for your vehicle’s tyres, we tend to find that winter tyre pressure should actually be a bit higher.

Most car experts agree that the pressure in your snow or winter tyres should be three to five PSI higher than what the manufacturer suggests for driving in normal conditions.

When it’s warm where you live, your all-season tyres will lose about 1 pound of air per square inch per month.

But when it’s colder, tyre pressure can drop much more quickly.

As the temperature drops, the air in your car’s tyres will get smaller. For every 10 degree drop in temperature, you will lose one pound of air per square inch.

Because of this, it is important that your snow tyres always have the right amount of air in them when you are driving on roads with snow and ice.

If your tyres are low on air, they will wear out faster and you won’t be able to control your car as well on the road. This makes already dangerous driving conditions even worse.

Keeping all of these tips in mind will help you put on your winter tyres at the right time and make sure they last for a long time.

What Does Manual AC Compressor Clutch Mean?
12 Types Of Scion With Sporty Styling
Can A Rim Be Repaired
5 Best Street Racing Cars That You Should Know