In South Carolina, where the weather is humid and subtropical, many drivers look for ways to protect themselves from the sun’s heat and glare.

But does it do any good? Can you get pulled over in South Carolina for having tint?

Even though it’s hot and there’s a lot of UV light in South Carolina, the laws about window tint are very strict and the penalties can be harsh, so you must follow all the rules. 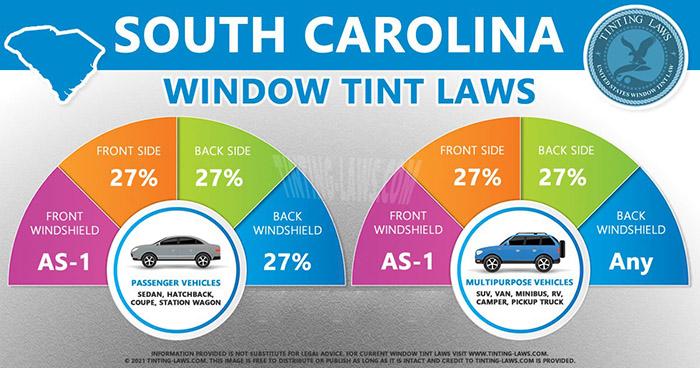 The amount of window tint that is legal in South Carolina is based on the film’s VLT, or Visible Light Transmission.

This number tells you how much outside light can get into your car. It is given in percentage points.

Basically, the lower your VLT, the darker your windows will be and the less you will be able to see through them.

It’s important to be able to see the road and any dangers around you when you’re driving. In 1992, the state of South Carolina passed some laws to make sure everyone’s safety.

Before getting window tint, you need to know what kind of car you have.

The rules are different for sedans, SUVs, and vans, so you should check with your dealership or the maker of the film to make sure you’re following the right set.

If you have a sedan, you can tint your windshield above the AS-1 line made by the manufacturer.

A VLT of 27 percent or higher can be used to tint the front and back passenger windows as well as the back windows.

People who drive an SUV or van can also tint their windshields above the AS-1 line drawn by the manufacturer.

But you can’t tint more than a few inches of the back side window.

Window tint can sometimes reflect back the sun, which can be dangerous for other drivers.

Local law says that all windows must not reflect light because of this, but it doesn’t say exactly what this means.

Avoid surfaces that are shiny or made of metal.

You should also remember that if your back window is tinted, you will need two side mirrors.

Avoid buying film in the forbidden colours of red, amber, and yellow, and check with your dealership or the manufacturer to make sure it is certified. You won’t be able to drive a car with uncertified film.

You will also have to put a sticker showing that the tinting is legal between the glass and the film on each tinted window. 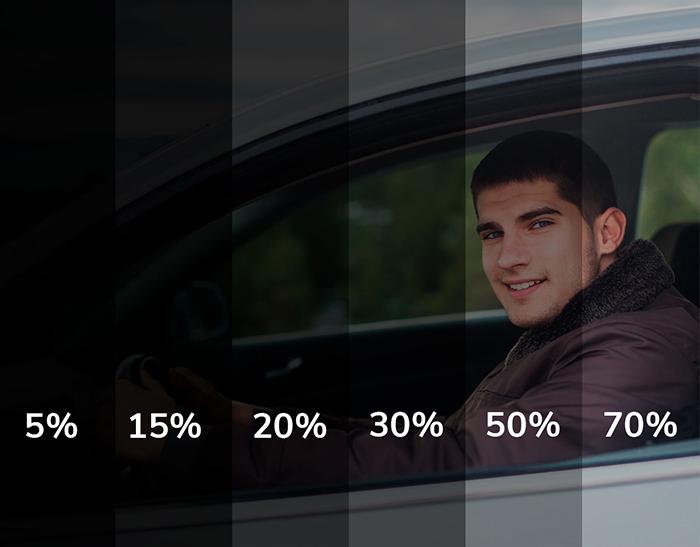 There are a number of genetic and autoimmune diseases that can make people sensitive to sunlight and make it dangerous to drive with clear windows.

Systemic lupus erythematosus, Bloom syndrome, Solar urticaria, which is also known as a sun allergy, and Protoporphyria are all examples of this.

If you have a serious medical condition that makes driving in the sun dangerous, you may be able to get a medical exemption in South Carolina.

Talk to your doctor to find out if your condition is covered and how you could get a tint prescription.

Considering all of these rules and laws, is it worth it to get window tint in South Carolina?

If you drive a lot, you’ve probably seen a lot of cars with tinted windows. You might be curious about why this is so common.

Let’s look at some of the most frequently asked questions about window tinting so you can decide if you want to put it in your own car.

How Many People Have Window Tint in South Carolina?

Because it is a hot state, especially in the summer when temperatures can reach the 90s, many people in this state choose to have their windows tinted.

Even if you don’t have a health problem, too much UV light can damage your skin and make you age faster.

Some of the most common VLTs are between 20 and 30 percent, but make sure to follow the law to avoid problems.

Some people choose tint that is just a little bit lighter so they can see better and are less likely to get pulled over for this reason.

Can You Get Pulled Over for Tint in South Carolina?

South Carolina has stricter laws about window tint than some other states, and the fines are also pretty high.

Tinting laws have a minimum fine of $200, but if you break them more than once, you might have to pay more or even spend 30 days in jail.

This is why it’s best to follow the rules and get certified tint from a dealership near you.

South Carolina has strict rules about window tint, but they are clear and easy to follow.

Before you decide if tint is for you, make sure you know what it is and what kind of car you have.

By following the rules, you can have a cooler, more pleasant drive while keeping yourself and everyone else on the road safe.

Which Cylinder Is Number 3
Why Are Some Cars Waterproofed?
10 Best Dent Pullers That You Need Know
What Are Turbo Flow Mufflers